Where did carrier reset, Profile & PRL update go on Android 10?

Updated a Moto G7 prior to using on Tello. This included updating from Android 9 to 10.
Now ##72786## doesn't do anything.
No option to update profile or PRL.
Looked all over settings.
What am I missing??

From Tello site: ##72786# for all other Android models
May work. Maybe latest Android models and version update profile & PRL when rebooting. 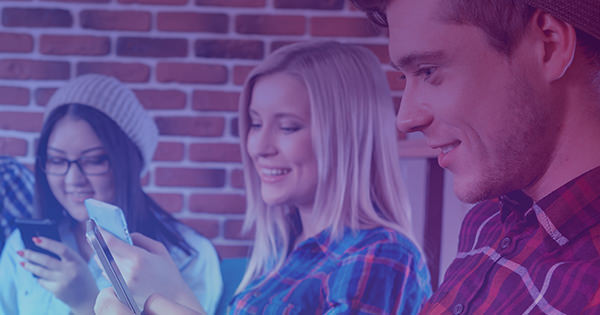 Tello Mobile | The mobile carrier you deserve | No fees, whatsoever

Build your own plan with minutes, texts and data starting at only $5/month. No contract, no hidden fees! You can also buy a new phone from Tello or bring your own mobile. It's all up to you.

Initiating a profile update on CDMA

If you've recently activated your phone and it's not yet able to make phone calls or access data, running a profile update may get you up and running. Before you start Many LTE devices can run this...

Thanks but no joy. I had tried that before I posted, it just sits there waiting for me to hit the send button (which of course just dials nonsense to the network)
I tried a bunch of other dialer codes I have on a list I accumulated from fooling around w/a Moto G5. None do a thing, upon entering the last character most just disappear instead of triggering the desired action or screen, a few just sit there.
I'm stumped.
Seems more user control has been rescinded with 10, at least on Moto.

Yeah, thanks, carrier settings are no where to be found, just APN. Two choices, neither one is set/selected "Internet - n.mi.ispsn" and "pam - mi.pamsn"

Seems that the Andoid 10 update messed up some things for some phones, particularly CDMA Sprint.

Sorry I don't mean to hijack this thread. Where can I find APN settings on Android 9 - mine is also a Sprint phone. Looked everywhere (not hard enough, I guess!) but can't find it. Thank you.

Sorry I don't mean to hijack this thread. Where can I find APN settings on Android 9 - mine is also a Sprint phone. Looked everywhere (not hard enough, I guess!) but can't find it. Thank you.

Someone correct me if I'm wrong, but I don't think you have access to Access Point Names (APN) on Tello(Sprint) phones without some sort of special apps. My two Tello Android CDMA phones do not appear to have access to APN settings, yet an AT&T and a T Mobile phone do have access. Normally one would go to Settings>>Network and Internet>> Mobile Network (or sometimes Data Usage, then click on three dots)>>Advanced>>Carrier Setting, but doing so on my Android 9 Tello phone provides me with no APN access but only PRL and Update device configuration.

I don't have an android 9 on Sprint/Sprint MVNO
On the Moto g7 android 10 APN is accessible under Settings>>Network and Internet>> Mobile Network>>Advanced>> Access Point Names.

I noticed that during boot up LTE was displayed for about 15 sec. so I quickly went to APN while booting and APN n.mi.ispsn was selected (radio button lit up). LTE and the lit up radio button disappear at the same time.

Texting hasn't worked on this phone either.

Tello "reset" did nothing.

On my Google Pixel 2 XL running Android 10, I had also lost the ability to use hidden codes, e.g. ##3282##. It turns out that, for me, it was because Google's Phone app was not set as the default phone app. I had changed the default to an anti-spam call app ("Should I Answer", recommended). It turns out that the hidden codes only work on the "official" phone dialer, and only when it's the default. Go to Settings to switch back and forth as needed. Hope that helps!

Thanks, I'll check to see if there is more than one dialer choice but I never installed any other dialer so the stock default dialer is in use ( I ass-u-me?). Also did a full factory reset on the phone + troubleshooting with Tello so that they can forward the issue to Sprint.

Tello sent me an APN to enter but that one like the default APN is not persistent. Select APN, navigate away (or just let the phone sleep) and APN deselects itself.

Still no text in or out EXCEPT Tello can send me a text (I believe the tech. emailed it though).

Tech said android 10 on moto/lenovo + Sprint is causing a lot of data issues.

I hope this moto g7 doesn't turn into a moto e6 situation.

My two Tello Android 9 phones without access to codes are on the default phone setting, which I believe is the only setting unless a non-native dialer is installed. I do use the GV app with its dialer, but there is no choice to use it as default dialer. It does seem as if using Sprint does away with the access to codes.

Dialer codes on this moto g7 worked, on Tello, on android 9.

Do you still have access to profile & prl update on those phones Isamorph?

All gone on the moto g7 after updating to android 10. They, along with LTE data, were there on the same phone on android 9. Poof, all gone

All gone on the moto g7 after updating to android 10. They, along with LTE data, were there on the same phone on android 9. Poof, all gone

If you haven't seen the two links below, they indicate many people have borked g7phones from the Android 10 update. The posts are recent, and a few have been able to make calls again by disabling VoLTE. What a mess!

FWIW: Here's a link that seems to show how to revert to Android 9, if you're interested. Yes, given the E6 and (now also the) G7 issues, things do seem to be on a downward slope. I've got older Moto phones (a G4 and an E4), and fortunately they seem to still be working fine on Nougat (OS 7).

[strike]Just wondering... do you happen to know when Lenovo bought Motorola?[/strike]
(EDIT: Never mind, I just looked it up -- back in 2014! Guess I'm lucky they didn't start tinkering with things sooner.)

"Google's ownership of the company was short-lived. In January 2014, Google announced that it would sell Motorola Mobility to Lenovo for $2.91 billion. The sale, which excluded ATAP and all but 2,000 of Motorola's patents, was completed on October 30, 2014.[3] Lenovo disclosed an intent to use Motorola Mobility as a way to expand into the United States smartphone market. In August 2015, Lenovo's existing smartphone division was subsumed by Motorola Mobility, and in November 2016, Lenovo announced that it would discontinue its existing, self-branded smartphone lines in favor of Motorola-branded devices."