If I remember correctly, the Moto G6 used to be listed as compatible by Visible. It seems that Visible changes their compatible list on a regular basis. However, if you want to try using Visible anyway, you can do it for as little as $5 for the first 30 days, with a referral code. You would sign up telling the online system that you have an iPhone, which does NOT ask for an IMEI.

I should have been clearer, I am using Visible now. I got the Moto G Pure when it was offered for free with trading in a Verizon phone. I do not like it and still have my unlocked any carrier Moto G6 that Visible says is not compatible, I am tempted to just swap the sim card but I don't want to risk losing my phone number if Visible kills my account for doing so.

My hunch is that the G6 will only work on data but not calls/text. You will have to manually edit the Verizon APN from 'vzwentp' to 'vsblinternet'. This is my hunch based on experience with the Moto G5 Plus.

My moto G play is supposedly incompatible but works without any need to add apns. Motos are usually pretty good on visible. I've never had a moto that didn't work well.

I put Visible sim card in Moto G6, and get this error when trying to make a call "cellular network not available for voice calls". Oh well it was worth a try, it looks like I won't be with Visible for long anyhow with them cancelling party pay. Thanks for all the help

Party Pay isn't cancelled, and there's been no official announcement that it will be for existing legacy plan subscribers. The WAS a post on Reddit where a user reported that a chat CSR said Party Pay was ending on 1/1/23, but that info is nowhere to be found on the Visible website, at least not as of now.

I already chatted with Visible and was told party pay will end, the agent did not say when nor did I ask.

It has been officially confirmed the plan and party pay are not being discontinued on 1 Jan 23. 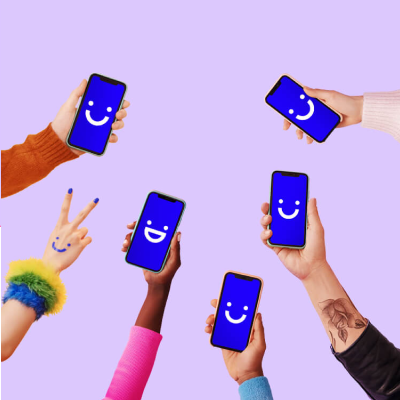 Has anyone had issues lately with self-referrals, i.e. use a referral code from one of your existing accounts to make an order on a new account?

A few days ago, the referral code on my wife's account didn't work when I tried to set up an account with a Visible Midnight swap on the $30 plan. However, the code was being accepted when I changed to the $45 Visible + plan. What's more, a random code I found on reddit was accepted for either plan. I didn't place an order at that time.

I waited a couple of days, and this morning I tried again. This time, there was no problem whatsoever with using my wife's referral code.

There was a glitch earlier this week with referrals. Appears to be fixed now.

The new Visible plans have some noticeable differences when used on iPhones running older versions of IOS.

The new Visible SIMs work fully on the Verizon version of the Galaxy S7 and the unlocked Moto G6.
The old SIMs would only work on data, not voice/text.

If anyone has a Moto X4 or G5 Plus, a Galaxy S6, or LG G5 please test and post results.

I just realized that the new Visible SIMs can be used to provide mobile web access to laptops. I had to use a nano to micro SIM adapter but it works on my Dell Latitude E7470.