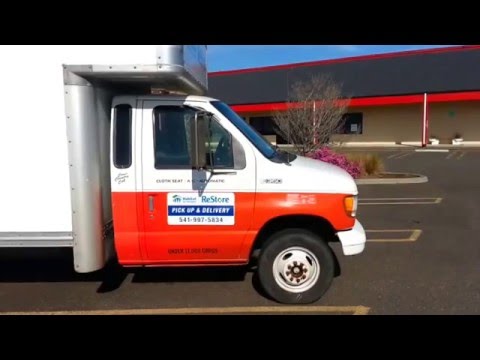 Well, this is interesting... definitely much cheaper than an RV and more flexible than converting a van. "A long time ago in a galaxy far, far away...." I lived for about five years in what used to be called a "pickup truck with a camper on the back". The rent was so inexpensive that it was zero. The few parties that I hosted there turned out well due to the intimacy engendered. I lived very close to the beach , so the view was fantastic, and, due to the ideal climate, I did not require a heater like the people in the video. Those were the days before claustrophobia reared its ugly head. 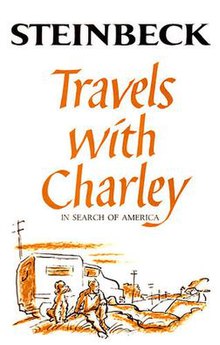 Travels with Charley: In Search of America is a 1962 travelogue written by American author John Steinbeck. It depicts a 1960 road trip around the United States made by Steinbeck, in the company of his standard poodle Charley. Steinbeck wrote that he was moved by a desire to see his country on a personal level because he made his living writing about it. He wrote of having many questions going into his journey, the main one being "What are Americans like today?" However, he found that he had conc...

"Those were the days before claustrophobia reared its ugly head."

If only you had the right reading material (and perhaps a dictionary of older terms) the adventure might have continued longer.

"Those were the days before claustrophobia reared its ugly head."

If only you had the right reading material (and perhaps a dictionary of older terms) the adventure might have continued longer.

Well. although my living arrangements were chosen and not imposed upon me like the author of "Voyage Around My Room", five years of a wonderful adventure is greater than 42 days. Yet in that five years, I was still not able to finish Hegel's "Phenomenology of Mind". And, rest assured, no great literary work resulted from my extended stay. I did save a lot of money on travel expenses. "A Journey around my room: Luxury travel company designs £150,000 trip clients pay for but never take"

/PRNewswire/ -- Luxury travel company Brown + Hudson, launches a new service called "A Journey around my room". For people who struggle to achieve a work/life...

Walter Jackson Mitty is a fictional character in James Thurber's first short story "The Secret Life of Walter Mitty", first published in The New Yorker on March 18, 1939, and in book form in My World—and Welcome to It in 1942. Thurber loosely based the character, a daydreamer, on his friend Walter Mithoff. It was made into a film in 1947 starring Danny Kaye, with a remake directed by, and starring Ben Stiller released in 2013. Mitty is a meek, mild man with a vivid fantasy life. In a few dozen...

I am not sure the U-Haul Box Truck is a realistic option for me.

However, if I win the lottery the travel company you linked would be a no-brainer for me.

A few years back I actually did a poor man's version of such a trip. After having carefully investigated the logistics of a very long distance walking trip I decided it would not work for me. Instead, I did the actual distance by walking around my neighborhood over a period of months and kept precise records of distance, time etc and matched it against actual locations. Family and friends suggested that the financial savings from this approach might well be invested in working with a therapist.

There are many trips I would like to take but probably will not get to do except perhaps virtually.

One I am following currently is:

Crossing the Sahara, riding the Trans-Siberian Express, and visiting Antarctica are other high-priority dreams.

I have the vague suspicion that both Joyce and Hegel simply authored their works and never actually read them.

I'm afraid the best of my journeying days are behind me, but this place might provide some adventure. "I have the vague suspicion that both Joyce and Hegel simply authored their works and never actually read them." They were probably afraid to. 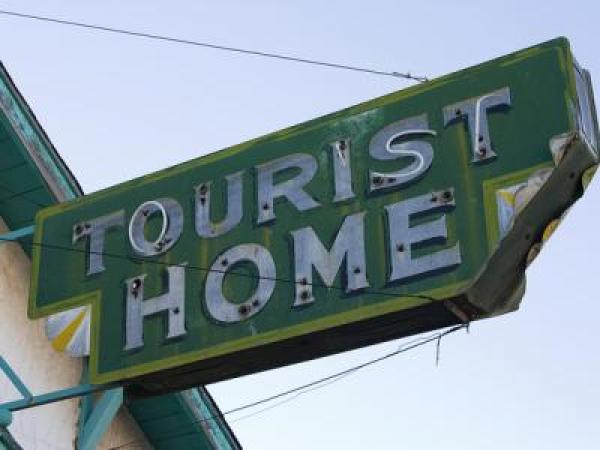 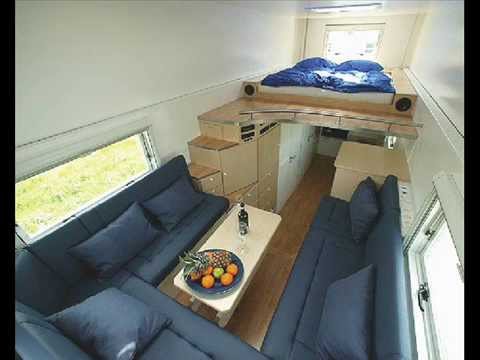 A rather small garbage truck with one way incognito windows. Must have originally picked up trash in Tom Thumb's neighborhood.:dry:

Thoughts from Inside the Box

I talk about trucks and life and stuff.

Really, if you live in a box truck in the city environment, it would be smarter to drive to the community center and hang out there during the day then only return to the truck to sleep at night. Hopefully, the distance is not too great - as that would negate the savings from living in a truck.

There are always other rental options like room for rent that range from $300-750 a month in cheaper rental areas - that tend to include utility... pretty good deal as long as it is not a craigslist scam.

I remember reading about this fellow in the news when he first began his adventure with Google and his box living. I'm glad that his plan has worked out for him. Thoughts he has expressed in his blog transported me back to the early 1970's and my inside the box experiences, where my start up cost was only $900 for a used pu truck with a camper on it. I think this fellow's most important tip is that one must live mostly outside the box and mainly use it for sleeping purposes. Similar to his situation, I had access to a campus and a campus office(for my student job) most of the time, which made the experience easier. I also had running water, a shower, and and a stove in my box. Maybe I'll send him an email and tell him how weird I think he is. 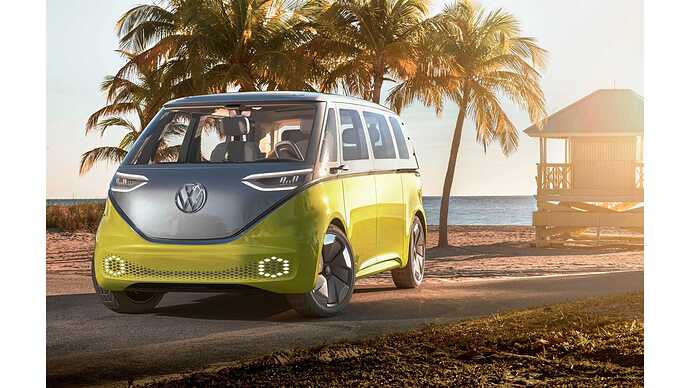 VW hasgiven the production green light to the I.D. BUZZ and I.D. BUZZ Cargo, a long-range all-electric microbus, first copies to arrive in 2022

Well, this is a game changer! Live in EV Microbus with decent space with free charging in many cities that then also means free power.

Cowabunga! Surf's up again. Lots of people are stoked by this van. It's appropriately named in that it does resemble a bumblebee. Put some flowers and a peace sign on it and it's ready to safari. One defect: it won't sound like an old sewing machine like the original buses did. And it might even legally pass a smog test.

Those shown above are actually roomier & fancier than what I lived in for ~8 years;
It was a 50+ y/o Shasta tag-along camper.

It was so small that any adult entering had to turn sideways & sort of duck & crab through its hatchway.
Of course with 2 adults inside that tiny space there was not room enough for a 3rd person anyhow.

If I'd had a good option for relocating that rig someplace where I could stay even longer than where I had it then - I'd still be living in that today quite voluntarily.

There's alot of good to be had in small, simple living spaces IMO. 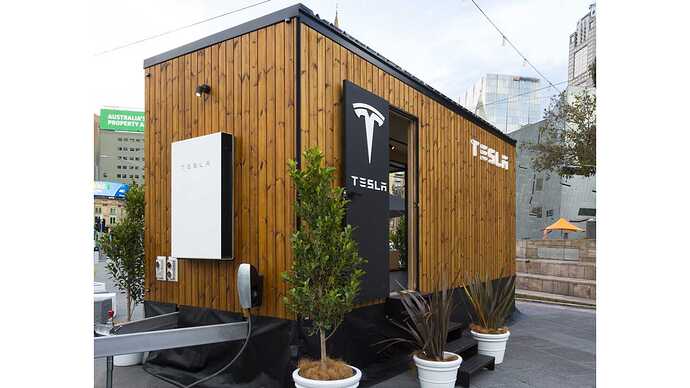 Apparently tiny houses have been around for a long while.
https://timeline.com/housetruckers-vanlife-tiny-houses-1569c27488f5

Another great vehicle to live in, esp for places with free EV charging... keep it plugged in while parked to enjoy free electricity. Being a plug-in hybrid also means you can have power even when the city power goes out.

Not just a nod to greenies, the Pacifica Hybrid is a near-flawless people mover

That's a lot of spacious luxury that gets incomparable gas mileage in it's size range. My son has been thinking about buying this vehicle, and he does live in an area with plenty of free charging stations. He loves his current Odyssey, save for the gas mileage.

Hadn't thought about this tiny living thread for some time until I saw the article below by someone who experienced a lot of tiny living when tiny and who speaks of that living mode from the perspective of one who transcended it. 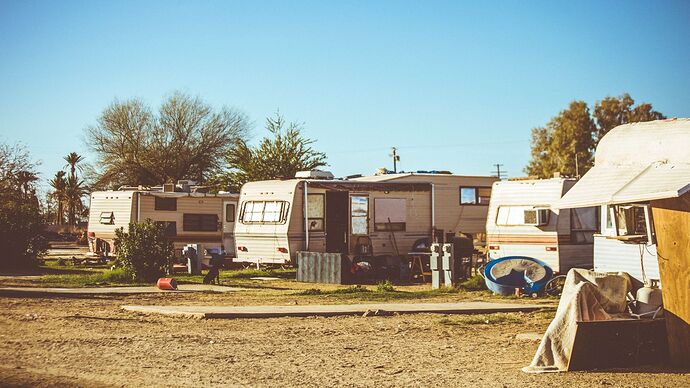 'Tiny Living' Is Only Romantic If You Get To Choose It. I Didn't.

I grew up in a "tiny house" and it wasn't a dream come true.