Any updates on the transition?

I have two CDMA phones and a few LTE sims with FP... Don't know what to do now. When will ting and redpocket take over and charge us an arm?

I've read that
Ting will get rid of free plan. Red pocket will keep free awhile.

I asked ting. Did get reply from them.

"We don't have any news on this front at this time. Please keep an eye on your email inbox and as soon as we know more, we'll email you with your next step details."

"It looks like Ting has taken down the page I linked to Monday announcing the migration of FreedomPop Sprint customers. The automatic migration has already started and has left a number of FreedomPop Forum users with issues ranging from no hotspot to the inability to call and/or text. Customer support on the FreedomPop forum is mostly nonexistent as usual. Ting really needs to take charge of supporting the migration if they want it to succeed." 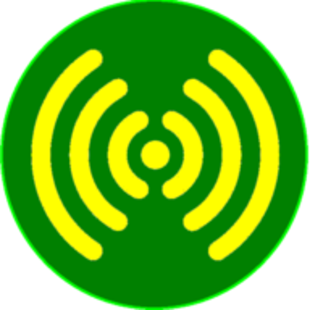 Find the Best Prepaid Plan for Any Budget.

Are we supposed to set up new accounts on Ting before the Sprint based service begin working again?

Are we supposed to set up new accounts on Ting before the Sprint based service begin working again?

I don't know, maybe someone else does.

The below quote and article it was contained in was from Dennis at PPPN.

"As shared by Ting, FreedomPop customers that are affected by this move now have their phone and numbers moved to them. The company also reveals that nothing else has changed with the phone service. All that's left to do is to activate service under Ting Mobile or opt to move to another carrier."

Has Ting communicated with FreedomPop's customers yet? I haven't gotten anything from them.

ETA - Are we supposed to just go ahead and do a profile update - irrespective of whether or not we got some intimation from Ting?

When your phone is migrated to Ting, it should quit working on FreedomPop. That's the point when you need to do a profile update-- and a profile update likely won't do anything if done before that point.

Hungry-Hog, did you get native voice after doing the carrier reset? If so, you're on Ting. (You would also see your phone number shown in the Settings Menu>About Phone, or similar.)

(UPDATE FOR LATER INFO: Turns out that FreedomPop is converting CDMA lines to traditional cellular lines before the lines move to Ting. The advice above is still pretty good, but should read more like:
When your phone "is transitioned to cellular voice under FreedomPop" it should quit working for data and FreedomPop VoIP. That's the point when you need to do a carrier reset (provisioning) or a Profile update.. You will still be on FreedomPop after the reset, but with cellular voice/sms.)

FP was always VoIP. No native voice for Sprint or AT&T.

I have one FP on Sprint, one on AT&T. I don't use the Sprint FP phone much, so I won't know if/when it stops working. Which is why I was hoping Ting would send out an email to let everyone know when the profile update needs to be done.

BTW, will Ting charge us FP Sprint migrants the $6 per month line fee?

Freedompop/Sprint/CDMA was VoIP on the free plans: there was an optional paid upcharge for "premium voice" that used cellular under certain conditions. (I think it was different for iPhone users, at least for a while, because of incompatibility between the iPhone native dialer and the FreedomPop app.)

I think everyone expected Ting to send out emails, and I still expect they will. Something is obviously not going by the plans with the transition, since earlier Ting info has disappeared, and there seems to be a lack of coordination between FreedomPop and Ting for transitioning. (The emails from FreedomPop, and from Ting, should obviously have been sent at the same time.) Whatever happens, I don't expect Ting to charge anyone anything until after emails have been sent from Ting.

Ting's previously posted offer for FP users (disappeared as of yesterday) did not include the typical Ting $6/mo line charge. Instead, it had a base $6 charge covering both the line and unlimited talk/text (for the cheaper of the 2 plans). I don't know if there will be changes to that when the offer reappears.

Okay, maybe a little clarity on the transition.......

Dennis Bournique (or PrepaidCompare.net, previously of PrepaidPhoneNews) just posted this over on Howard Forums.

FreedomPop has been sold to Red Pocket - Page 15

(Reuters) - Prepaid wireless provider STS Media said on Friday it has agreed to sell its FreedomPop brand to Red Pocket Mobile, as STS readies itself to place a bid for Sprint Corps Boost Mobile.

In which he speculates that possibly the migration is a 2-step process: First, FreedomPop transitioning our data-only VoIP lines to a standard Sprint line, and then Ting taking over those lines. (He's just postulating that as a possibility, without any specific information other than the next link, and logic-- but Dennis is very experienced & usually makes good guesses......)

He includes this link from Ting's help site:
https://help.ting.com/hc/en-us/articles/360026236954
in which Ting says the transition to Ting is expected mid-month, and that in the meantime our service remains at FreedomPop, and only FreedomPop can assist with issues or questions. That makes sense with the 2-step transition Dennis postulates, and kind of jives with what we've seen. (Emails from FreedomPop about the lines being reconfigured, but no info yet from Ting.)

My takeaway-- Ting may not be dropping the ball at all here: we're seeing FreedomPop's typical muddled information about what's going on.

The next step is to wait for an email from Ting, detailing the process for moving to Ting. I'm sure there will be posts here when it starts showing up.

In the meantime, good observation about FreedomPop not counting minutes after the transition to cellular voice/sms. Their dashboard may never have been configured to do this for the free plans that had VoIP minutes only-- minutes used might show up after a delay for reporting from Sprint, or FreedomPop may not bother with creating a process to report them to us, since it's only for a short time before the move to Ting. I'd play it safe and try to stay within your usual usage pattern, though.

I checked up on 2 FreedomPop CDMA/Sprint phones yesterday.
One has not received the 'transition' email notice from FreedomPop, and continues to work with data and VoIP calling-- although strangely outgoing texts do not work. I"m leaving this one as is until I get the email or it stops working. I have some concerns about the eventual updating process since I bought this phone directly from FreedomPop (back in 2015), and it has custom FreedomPop software modifications. (No native texting app, and FP Messaging pre-loaded and not removable unless I do it through root access.)

The 2nd line did receive the transition email, and had no data (repetitive error 67). (I did not have FreedomPop Messaging loaded on this phone, so could not check VoIP calling or text.). I did the ##72786# carrier reset, which worked fine, and it now has cellular voice & text, and working data again. I also had some concerns about this phone provisioning successfully-- it's Android 4.04, 2-frequency, and I believe on the banned list that bars it from being newly activated on the Sprint network. (Solely because it may not be capable of reaching the provisioning/PRL update servers any more.) Anyway, it seems to have worked. I would have replaced this phone earlier with a later phone, except for FreedomPop's complicated system of "swapping" a phone on a line.

For those who have tried the carrier reset, and are not sure if it worked, I'm aware of at least 3 ways to check:

Noticed my hotspot was not counting minutes, now I understand why.