A Pleasant Distraction from Our RingPlus Service Loss

Thanks. I saw that. I spent way too many hours watching Mom&Pop and the two eaglets that hatched, grew and flew away last year. This year the nest's microphone is working, so we will hear what they are saying. Amazing creatures. Viewing is highly recommended.:woohoo: Here'a a great video from last year made by Eagle eyed Marleny. Liberty & Freedom dancing in the rain/© 2016 American Eagle Foundation, EAGLES.ORG. - YouTube

These are really fun to watch. Although sometimes it can be tough when the realities of the animal world suddenly appear on camera.

Today is a very sad day at the National Zoo as Bao Bao heads to China.

Today is a very sad day at the National Zoo as Bao Bao heads to China.

... due to the immigration crackdown?

The transfer is in accordance with an agreement between the two countries. Without that agreement, there would be no chance to see these creatures even for a while. 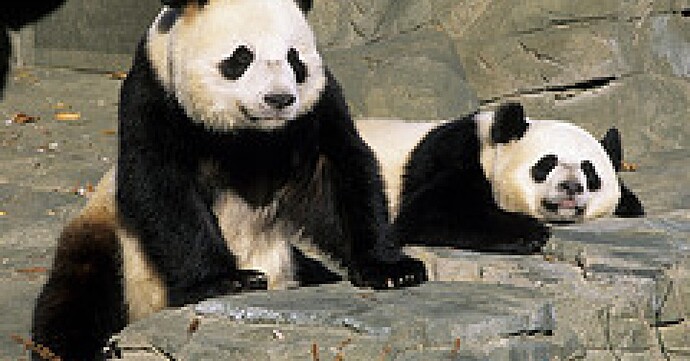 As President Barack Obama met with President Hu Jintao of the People’s Republic of China this week, another notable U.S./China meeting took place this morning at the Smithsonian’s National Zoological Park.

How time flies: it's been 35 days since the first egg was laid, and tomorrow the first eaglet may well start a "pip" in the egg in order to start breaking its' way out, which may take from 12 to 48 hours.Though they appear smaller, the eggs are actually the size of tennis balls.http://www.dceaglecam.org/ Oh--and they have excellent health care via their parents.

" American Eagle Foundation expects the first eaglet to begin hatching around Sunday, March 26 with the second beginning to hatch around March 30. This is just an estimate, however, and may vary by a day or two."

"they have excellent health care via their parents."

It is shameful how eagles in other countries are coddled by the nanny state.

I feel certain Mr. President and The First Lady were never consulted about the following intrusive forms of government meddling in their affairs and the lives of their ancestors and offspring:
:
The Endangered Species Act
The Lacey Act
The Migratory Bird Treaty Act.

"I feel certain Mr. President and The First Lady were never consulted about the following intrusive forms of government meddling in their affairs and the lives of their ancestors and offspring:
:
The Endangered Species Act
The Lacey Act
The Migratory Bird Treaty Act."

**"never consulted": so true, but they certainly"felt" and suffered from the effects of lead, pesticides, hunters,etc. until the government health care stepped in. Let's hope the current administration doesn't consider the fate of Eagles to be a waste of government money, for US eagles do not have access to the free market, nor are they free to choose their healthcare providers, unless they can fly or migrate to a welcoming country with as single payer system for eagles.

“This is a very special time in the nest,” says AEF Founder & President Al Cecere. “To witness the up‑close process of an eaglet breaking through its shell is wonderfully heartwarming. We hope both eaglets hatch this week and show signs of good health.” :lol: 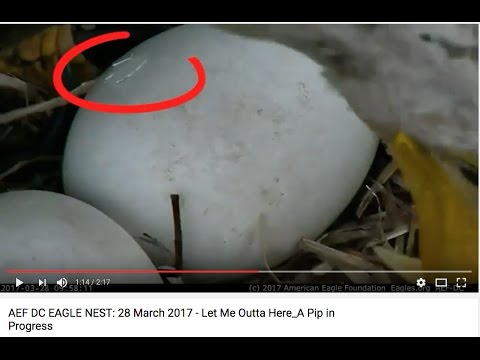 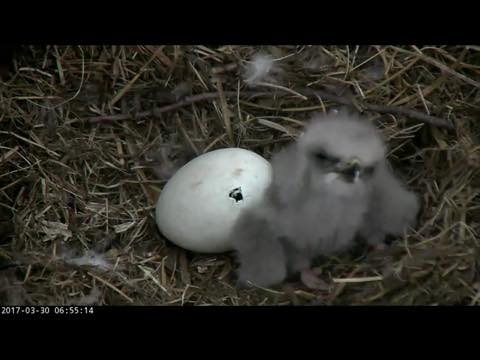 Eaglet DC5 has begun breaking out from its' shell--will be with us soon. 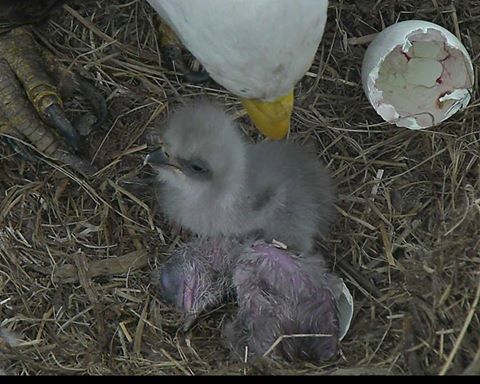 In case you have been living under a rock recently there have been two developments. First, the eaglets are really growing and seem to be thriving.

The bigger news is, of course, the arrival of the Unicorn yesterday.

This limited time phenomenon must not be missed.

More than just great coffee. Explore the menu, sign up for Starbucks® Rewards, manage your gift card and more.

Here is a reaction from a barista on the Unicorn.

Here is a more nuanced comment from an expert at the Washington Post who earlier in the article cited the following:

“the fiercest animal, and it is said that it is impossible to capture one alive,” Pliny wrote. “Its cry is a deep bellow.”

As to the beverage itself:

"Teenage girls are the demographic for this drink, right? Because I, a 31-year-old woman, felt way too old to be carrying one of these down the street, the judgmental stares of Real Adults boring into me. And even though they released a drink that looks like a liquefied Grateful Dead T-shirt the day before 4/20, the holiday for marijuana smokers, Starbucks’ spokesmen are adamant that the timing is coincidental.
It tastes like sour birthday cake and Instagram likes. It tastes like a creamsicle dredged in Pixy Stix. It’s only available until April 23, and once it goes away, we’ll all wonder: Was it just a myth?"

Here is a review from the perspective of a non-millenial. 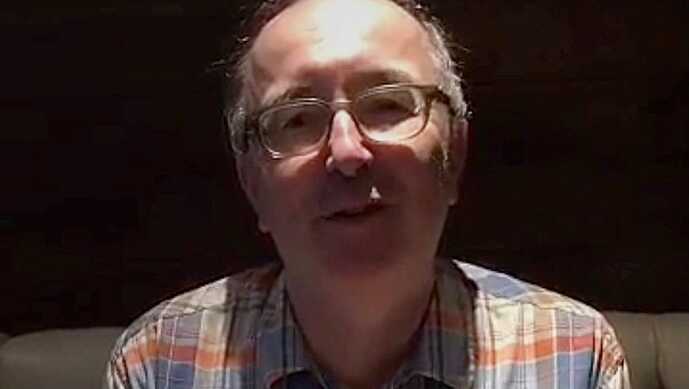 My usual pick at Starbucks is a double espresso, a far cry from this sugar-infused, caffeine-free colorful milkshake.

I do feel empathy for the young male Barista who got all sticky from the unicorn mix, for making pixie dust unicorn concoctions is probably the last thing on the mind of a 19 year old young man. Yet I'm curious how he got all this gooey sticky stuff in his hair. However, fortunately, the stressed out young man lives in Colorado, where stress reducing remedies are close at hand. Given the overwhelming demand for this unicorn confection, I suspect it will be back due to popular demand.:whistle:

One of the Eaglets right now has a foot stuck and the Mother does not know how to help--could be serious dilemma.

This is very sad. It really is unable to free itself.

Yes--and the parents are not able to figure out that they need to remove branches in order to help. I worry about the Eaglet becoming dehydrated , which could become fatal. We'll see.

Update 16:15-- I believe I heard voices from the ground below the nest---so , to speculate, maybe the park service or someone from the Eagle foundation, is debating whether or not to climb to the nest and free the Eaglet, something they have done in the past at nests when deemed necessary.

Update 16:20--The cameras were shut off--saying event has ended. So, to speculate, they do not want us to see what happens when humans enter an Eagles nest or what happens to a trapped Eaglet. Who knows?

Found this on the DCEaglecam event log.--"OFFICIAL - from the AEF
Thank you for your concerns! We are aware of the problem at the DC Nest and are formulating a plan to possibly help. We currently have a USFWS representative on-site and evaluating the situation. We will give further updates as soon as we have more information. ~Al Cecere, President of the American Eagle Foundation."

Late this afternoon (April 20) DC 4’s leg became lodged in a Y-shaped stick on the edge of the nest. The eaglet was unable to free itself, so the American Eagle Foundation, in cooperation with the US Fish and Wildlife Service, arranged for the eaglet to be rescued. Initial examination of the eaglet on the ground by a USFWS eagle expert found that the leg did not appear to be seriously injured. However, the eaglet will be taken to a veterinarian tomorrow where a radiograph of the leg will be taken to absolutely confirm that the leg is generally OK. Hopefully, the eaglet will be returned to the nest to rejoin its sibling and parents in a few days.