Your Page Plus and/or Visible LTE Data experiences?

I want to trial Verizon coverage in my area and Visible has been an extreme disappointment. In the course of investigating for Visible, I have begun experiments and do want to complete my Verizon experiments before I close the Verizon chapter instead of giving up abruptly.

I have both hardware unlocked LTE bands and software emulated full stack LTE transceiver available for my testing so band limitation is not my issue.

Here's a COPS dump for those of you interested:

I will not connect to FirstNet on principle (yes I know it's $40/mo really unlimited LTE) and "311 490" is Sprint which I will not do business with (unless there's a way to gain access to T-Mobile towers through a Sprint plan). I have the ability to connect with anyone else on all bands.

I live in rural SoCal and don't have access to traditional backhauls.

My most realistic options are LTE. So far, I have ATT and T-Mobile covered which was working well for me.
I have a minimum of -90dBm RSSI, typically -70dBm; typically min 50Mbps symmetric speeds hitting 90Mbps at night.

Life is good.
Unfortunately, the specific provider called Teltik, through which I got T-Mobile access is having "issues". Since it's uncertain whether it's an issue specific to Teltik, or something from T-Mobile corporate, I want to dip my toes into the other provider: Verizon.

While T-Mobile used to be the underdog, the Sprint acq. has given it a taste of what an oligopoly feels like and if I have to deal with an oligopoly anyways, I prefer dealing with the original oligopoly of them all: Verizon.

Atleast, I know how they think while T-Mobile is on it's way to figuring out how to exploit its new powers. Mistakes will be made, lawsuits will be filed and I would rather stay away from all the mess for a while.

The only things between line of sight between the towers and my antennas are a bunch of horses, sheep, wild cats and the occasional hungry coyote. The city is a healthy 20 miles away.

In theory, my Visible/Verizon coverage should exceed my ATT and T-Mobile coverage - their (ATT/T-Mobile) towers are 1.5 miles away from me while within the same radius, I have 3x more Verizon towers

In practice, my Visible/Verizon coverage is at best -110dBm RSSI!

My concern is that my issues with data speeds over Visible is potentially a configuration issue instead of a tower coverage issue. Possibly a side effect of the prioritization algorithms Visible has deployed in my area.

To test the theory, I drove up to my closest two Verizon towers and benchmarked signal strength and speeds.

The best I could get was 5Mbps DL, 2Mbps UL, -110db while right next to the towers. That is very unexpected.

Also, I noticed that I could not get the phone to connect to the Verizon tower I was driving to. When I was right next to the tower, it would always connect me to the next closest tower and the signal strength would again drop to -115dBm or less.

Then, I went to the city and then, the Verizon towers started to behave exactly like one would expect - closer I get, better the RSSI and I would always connect to the closest tower. 5Mbps min DL, peaking at 40Mbps.

This has piqued my Verizon interest.

I have sunk days running and logging cellmapper and working with Visible engineers. I have a wealth of Verizon data right now and am scheduled to connect with some Visible engineers over the phone but I want some more information.

I not only want to close this out but also want to figure out whether Page Plus or similar can quench my thirst for Verizon in an affordable manner if Visible takes too long to correct/update their algorithms.

A Visible engineer indicated to me that the 3 Verizon towers I keep talking about are "premium" towers that Visible does not contract with. That does not make sense to me as I would then expect the phone not to connect to that tower at all. Instead it does, barely. This is not an e911 issue either. Per regulation, the phone/Visible can route my e911 over any tower they/I want.

So I want to trial Page Plus to get some more data points but was curious about existing experience.

I'm in rural Georgia and band 13 is almost always the best band, here. That's the only band I keep active on my Visible phone unless there's an issue.

I think I read that new Sprint activations are now being made on the T-Mobile network. You might consider signing up for the Kickstart plan as a way to get cheap T-Mobile access.

You can get around the hotspot limitation with PdaNet+.

At my house visble uses band 4 and sometimes band 13.

My experience with Visible was terrible and made me suspect that there is something funny/fishy with the way Visible uses Verizon's towers.

I wasn't able to activate service on Visible because the phone wouldn't pick up any Verizon signal. (And Visible refused to refund me, which is a different gripe). My Tracfone-Verizon gets a full signal at this location, and the TF-verizon SIM worked fine in the Visible phone. But the Visible SIM just wouldn't work (a second replacement Visible SIM didn't work either).

I don't know what Visible is doing, and they are supposed to be a subsidiary of Verizon, but Cellmapper's info makes me suspect that Visible may just be a Verizon reseller? I just think there's something quite fishy going on with Visible!

(I had a terrible experience with their customer service, left a very bad taste in the mouth. Visible may work great for a lot of people, but I have a very poor opinion of Visible and their operations).

This is my exact experience. I did reach out to CS, who fast tracked my issue and they had me:

. (And Visible refused to refund me, which is a different gripe)

This is the difference between our experiences. I got a credit instead of a refund though.

How long ago was this and are you interested in following up on this? I ask because of the nature of my issues, I am currently in close contact with some members at Visible who are more interested in helping their customers and won't mind putting your case number in the loop.

I don't know what Visible is doing, and they are supposed to be a subsidiary of Verizon, but Cellmapper's info makes me suspect that Visible may just be a Verizon reseller? I just think there's something quite fishy going on with Visible!

Not a Verizon reseller.

They are Verizon and within Verizon is a Verizon postpaid account.

Verizon's Matrixx platform runs on Google's cloud and Visible is their success story, so they have a lot of skin in the game. 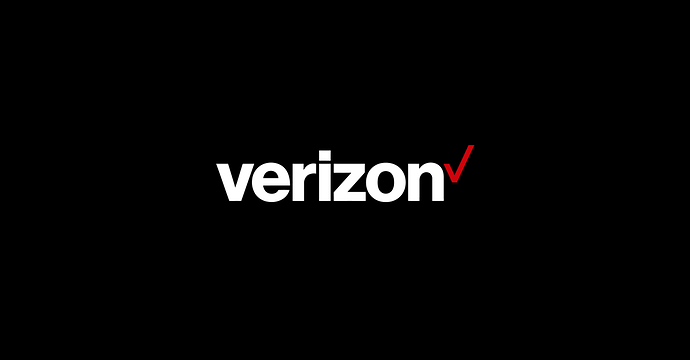 (I had a terrible experience with their customer service, left a very bad taste in the mouth. Visible may work great for a lot of people, but I have a very poor opinion of Visible and their operations).

This is the difference between our experiences.

Their customer service over chat is responsive but does not know anything except the basics.

My first contact was absolutely misinformed. Classic case of a company quickly scaling up operations.

I realized this and did not continue the conversation, thanking them for their time and requested them to escalate the case instead.

I was respectful to them but made it clear I did not like my time being wasted and would like to work with their engineering directly. They gave me a case number and now, I just refer to it every time I need to speak with someone. They either schedule a call or email.

My Tracfone-Verizon gets a full signal at this location, and the TF-verizon SIM worked fine in the Visible phone. But the Visible SIM just wouldn't work (a second replacement Visible SIM didn't work either).

This is very useful to me. I don't want to deal with Tracfone as I actually need a plan that has "unlimited" data (80 - 90GB/mo max, typically 22GB).

You can get around the hotspot limitation with PdaNet+.

Sure, but a better solution is to use a LTE stack and bridge the wan to a router. As long as you're respectful of the network, no one is going to poke around. This is a gray area as you're emulating a phone either in hardware (fast) or software (slow).

To be in a less gray area is the "broadcast on device data" like PdaNet+ does because here you are not emulating a phone. However, it can still be argued the device plan is being used in a manner not meant to be.

Also, a phone's networking fiber is really not optimized for behaving like a router and running NAT in software like PdaNet+ is even more suboptimal.

I would highly encourage you to atleast look into Tetrd

Tetrd is a simple tool that allows you to share your internet connection from your Android device to your PC and vice versa through a USB cable.

Tetrd is way better than PdaNet+, written in Go and he is now aware about how to bridge his software to a router directly. I can give the commands and so can he.

If a few more people are interested, he would be willing to write a OpenWRT implementation of his software - so all you would need to do is purchase an used $10 router with a USB 2 port (USB 3 will interfere), plug in your phone to it directly and enjoy line native speeds all over your house.

Page Plus is an America Movil (Carlos Slim/Tracfone) owned brand. You will be dealing with the same (in my experience, abysmal) customer disservice circus.

Page Plus is an America Movil (Carlos Slim/Tracfone) owned brand. You will be dealing with the same (in my experience, abysmal) customer disservice circus.

That's OK, what I'm really after is access to the Verizon's LTE network. I don't need any help configuring etc phones. It either works or does not.

AFAIK, Tracfone does not have an "unlimited" data plan but Page Plus does. Page Plus will tolerate me as long as I don't exceed 60GB, and I will be fine with it as long as their data is usable.