Honesty is supposedly the best policy, but sometimes the truth hurts, and sometimes one can't handle the truth. Sounds as if the captain and his employers had quite different takes on this event. All ended safe, but had the dickens scared out of them.

"A blade had sheared off an engine, the captain told passengers at one point, according to Perth Now. But AirAsia, which did not respond to The Washington Post, told Nine News Australia it had no reason to think the plane had engine troubles. The airline blamed the incident vaguely on a “technical issue.”

A spokesman for Perth Airport said much the same to The Post: “There was a plane that discovered a technical issue and returned.”

In any event, an early report from the loudspeaker could not have done much to reassure passengers.

“Please listen to everything,” a man said. “Our survival depends on your cooperating. Hopefully everything will turn out for the best.”

Those first minutes were among the worst, some passengers reported.

“I was crying a lot,” Sophie Nicolas told Australia’s ABC. “A lot of people were crying, trying to call their moms and stuff. But we couldn’t really do anything. Just wait and trust the captain.”

The captain asked everyone to pray, Nicolas told Perth Now.

“I’ll be saying a prayer, too,” she recalled him saying."--Washington Post
https://www.washingtonpost.com/news/dr-gridlock/wp/2017/06/25/a-boom-in-midair-then-90-scary-minutes-on-a-plane-that-shook-like-a-washing-machine/?utm_term=.1404cfbd44e8

This must have been a harrowing experience for all on board. It looks as if the cowling performed as designed and contained the damage.

Looks like the airline flies only the Airbus A320 which and the average fleet age is under 7 years.

Anyway, it is good to know that a plane can fly safely on one engine or for that matter with no engine even though the trip may take a lot longer (old joke about successive engine failures on a 747 over Atlantic). 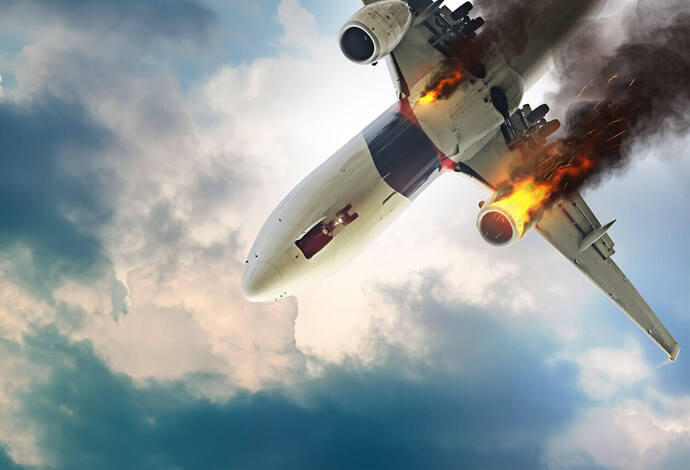 Can a Plane Fly With One Engine? | FlightDeckFriend.com

Can a two engined aeroplane fly with only one engine? What about a jumbo jet? If an engine fails the plane will continue flying without a problem.

In fact, once at cruising altitude, an aircraft can manage even without fuel. The case below was particularly interesting and, I think there was either a TV show or documentary made about it. 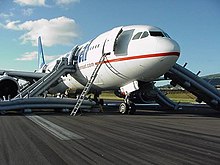 Air Transat Flight 236 was a transatlantic flight bound for Lisbon, Portugal, from Toronto, Canada, that lost all engine power while flying over the Atlantic Ocean on August 24, 2001. The Airbus A330 ran out of fuel due to a fuel leak caused by improper maintenance. Captain Robert Piché, 48, an experienced glider pilot, and First Officer Dirk de Jager, 28, glided the plane to a successful emergency landing in the Azores, saving all 306 people (293 passengers and 13 crew) on board. Most of the ...

Airlines must train pilots and crews on the best ways in which to address passengers when certain events occur. During this incident, the Captain seemed to make the incident appear more dire than it actually was, given that particular plane could fly well on just one engine. But maybe he knew more than what has been reported so far. Then again, he may have been following protocol in stating the situation in a way that would not cause the passengers to panic. But perhaps he was scared and without much thought passed on his feelings to the passengers. From agony to ecstasy, sort of.

The Skytrax awards that came out last week named this airline the best low-cost carrier for the ninth year in a row.

I suppose this is what "on a wing and a prayer" really means.

If you also want functioning engines you have to pay more.

:dry: Whenever I must drive on the LA freeways, I say a prayer and then wing it. Hmmm--9 years in a row-- this "minor" incident could end their streak.
Well, it could have been worse---there could have been a priest on the flight who took it upon himself to start giving out last rites to those who so desired them.