Many, many, MANY moons ago - even before 99% of our world even KNEW there was an internet at all, there was a marvelously reliable OS which made the leap very well from DOS to a GUI based format.

I was one of the very few who used it & thought very highly of it back when pretty much the ONLY way to have any internet access was via dial-up service & IBMnet.

This incredible OS vanished into the sands of time mostly courtesy of a sort of backroom deal between the (then) King of Redmond & IBM.
A bit later, loads of its features coincidentally (magically ?!?) visibly became the windows OSes we all got to use for a very long time after it had been disappeared.

Despite its near total obscurity, today - very quietly - lots of mission critical systems still depend upon it, hospitals, for example, and last I heard NASA is also still using it. 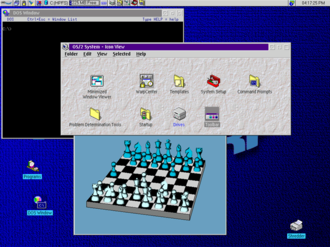 And here's its logo:

Why does any of the above matter AT ALL ?!?
Well, if you live in, or visit NYC - most likely you've been among the ~5.7 million people daily who ride upon the New York City subway on an average weekday - and guess what ?? 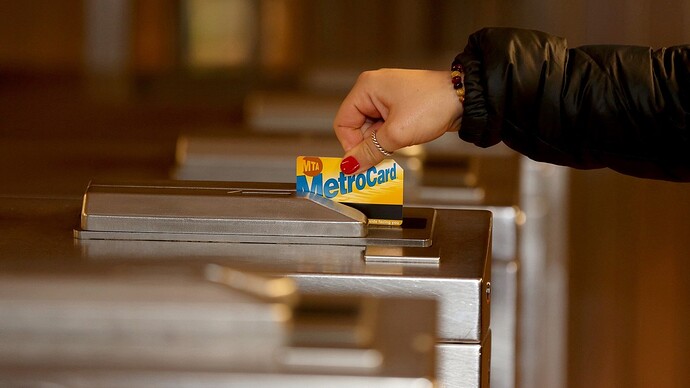 Vintage technology has powered the innards of the NYC subway system for decades—and sometimes, it surfaces in interesting ways. This one’s for you, OS/2 fans.

OK, 'nuff about that for this minute - this next bit is just plain funny IMO - but don't visit the site if seeing the F word in print bothers you:

The exact same bootstrap page everyone else makes.

It clearly illustrates the effect that handheld devices have had upon website creation in general, and so very well - it actually got me to LOL !!

Now, to finally finish this (TL:DR ??) message, here's more info about OS/2 if anyone cares to look:

OS/2 (Operating System/2) is a series of computer operating systems, initially created by Microsoft and IBM under the leadership of IBM software designer Ed Iacobucci. As a result of a feud between the two companies over how to position OS/2 relative to Microsoft's new Windows 3.1 operating environment, the two companies severed the relationship in 1992 and OS/2 development fell to IBM exclusively. The name stands for "Operating System/2", because it was introduced as part of the same ge OS/2 w...

What is really funny to me is that I still have my real, genuine, official OS/2 tee shirt that IBM gave me (though it is a bit worn out) and did have both the red & blue box editions of OS/2 Warp until I cleaned out my old stuff & gave them away to some collectors.

So - if anyone has read all of this - perhaps you can see the contrast in all the above which has truly made my day !!

I had OS/2 on a laptop approx 25 years ago. I liked it and it was way more stable than Windows.

The laptop was an IBM Thinkpad which cost about $10k at the time. I traveled with it and it caused a lot of confusion with customs officials when arriving at some foreign airports.