One of the two parties (George Mendonsa) to the famous 1945 Times Square kiss died Sunday at age 95. Although Gustav Klimt's masterpiece "The Kiss" has been seen by millions, the photo of the kiss showing George Mendonsa kissing Greta Friedman has likely been viewed a billion+ times over the years. Although the photo has been celebrated for many decades, the idea that a young sailor who had been drinking, who grabbed on to and kissed an unknown women without her consent, has tarnished the image for some. That said, both George and Greta ( died age 92 ) lived long lives, so maybe there's some magic to this kissing stuff after all. 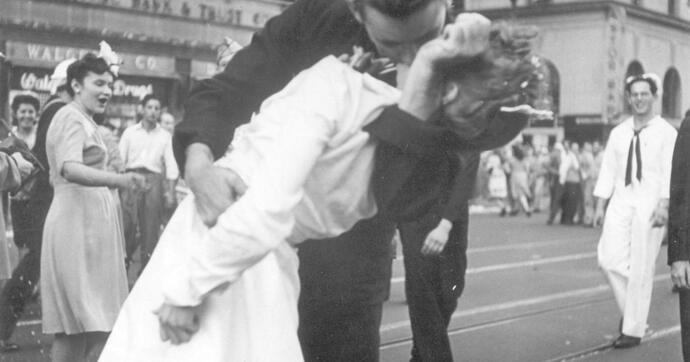 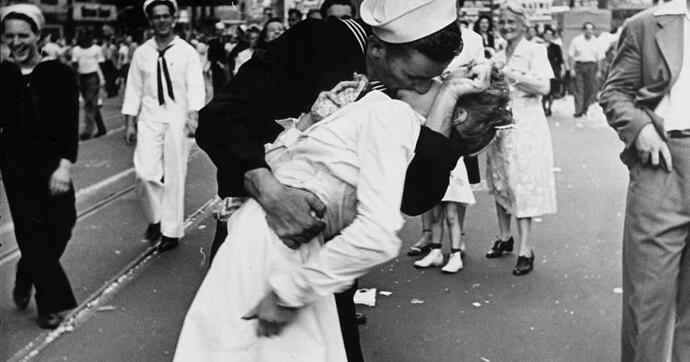 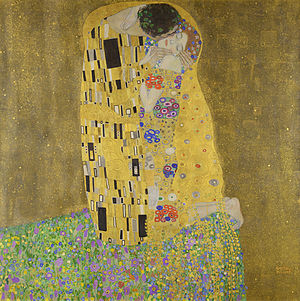 The Kiss (in German Der Kuss) is an oil-on-canvas painting with added gold leaf, silver and platinum by the Austrian Symbolist painter Gustav Klimt. It was painted at some point in 1907 and 1908, during the height of what scholars call his "Golden Period". It was exhibited in 1908 under the title Liebespaar (the lovers) as stated in the catalogue of the exhibition. The painting depicts a couple embracing each other, their bodies entwined in elaborate beautiful robes decorated in a style Love, in...

By today's standards the Soldier would of been arrested for assult.

By today's standards the solider would of been arrested for assult.

So true, and you may have created the perfect word for it.

Soldier
Was a typo

I liked the original reply version best !!
(Thanks for quoting it as it was, Isamorph.)

I liked the original reply version best !!
(Thanks for quoting it as it was, Isamorph.)

why does a typo make you happy?

It was entirely, purely & innocently cute !!!

It was entirely, purely & innocently cute !!!

my typo or the kiss? Lol