T-Mobile home internet for $50 a month with no data caps and no contract. 50mbp now and faster later. No hardware costs either. Sounds good to me.

T-Mobile Now Offers Home Internet For $50 a Month With No Data Cap | Cord...

Back in March 2019, T-Mobile announced that they have started to test home internet services using LTE. At the time, this program offered LTE home internet to 50,000 households to begin testing out T-Mobile’s hardware ahead of their 5G home internet...

Probably better to call and inquire. Looks like if you sign up on their form online, you are signing up for unlimited spam/scam calls.

"By checking this box you agree that T-Mobile can contact you about purchasing T-Mobile Home Internet, including future Home Internet offers, via autodialed call, email, or text to the number provided above. Consent is not a condition of purchase; you may also call 1-844-839-5057 to get started. (required)"

Otherwise, sounds like a great way to have your internet on the go... assuming you can bring it in your car.

Probably a no on the internet on the go. I would guess if one moved to an area with available service, one could use it at the new address.

From what I gather, there is currently no bridge mode on the T mobile modem that allows for easy connection to one's router or home network, but there is speculation that an update might solve this problem.

"Can I use the LTE Wi-Fi Gateway elsewhere, like my vacation home?

No. The T-Mobile Home Internet LTE Wi-Fi Gateway will be geographically locked to your specified home's location so you won't be able to move it from one home to another."

Learn more about T-Mobile 5G Home Internet and get the answers to frequently asked questions about setup, cost, internet speed, coverage and more. 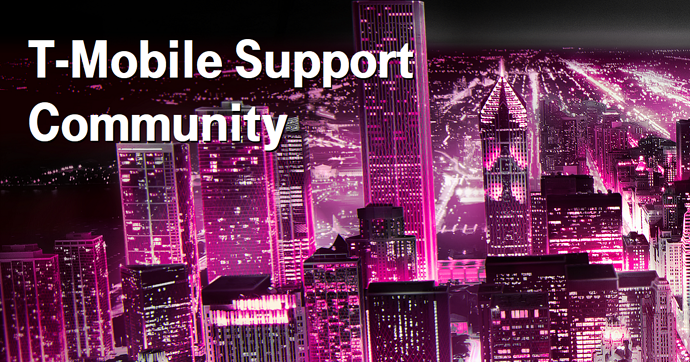 Be part of the in-crowd. | T-Mobile Community

Join the best mobile community around and share your knowledge with other customers.

You can buy a network bridge for twenty bucks. That's how I connect my home network to the hotspot on the phone I use for internet access.

This is what I use: 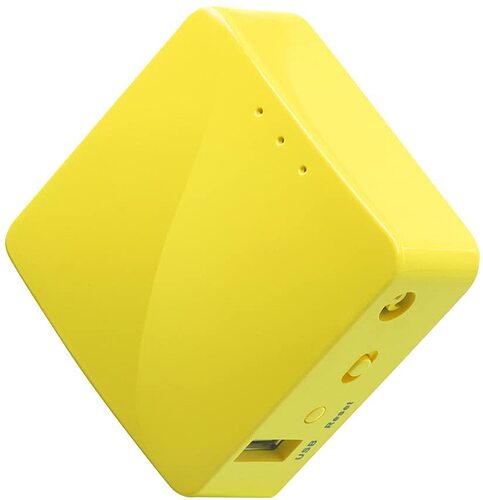 This is what I use:

Yes, that is an inexpensive way for a small number of adept users, out of the millions who will sign up for T mobile home internet, to connect to their routers, but I believe most users just want to plug one end of an ethernet cable into the WAN port of their router and plug the other end into the ethernet port of the ISP's modem. Plug and play as they say. The T mobile modem/router does have a plugged and evidently non-functional WAN port, which may become functional down the road, but for now, T mobile assumes customers will only use their T-Mo modem with two LAN ports for all their needs, which could very well be all most customers need. Anyway, it sounds as if this may be a boon to many people who have few, if any, options for solid and relatively inexpensive internet. I live in a rural area and it appears that I can sign up for it, which may indicate that many people in other rural areas can too. 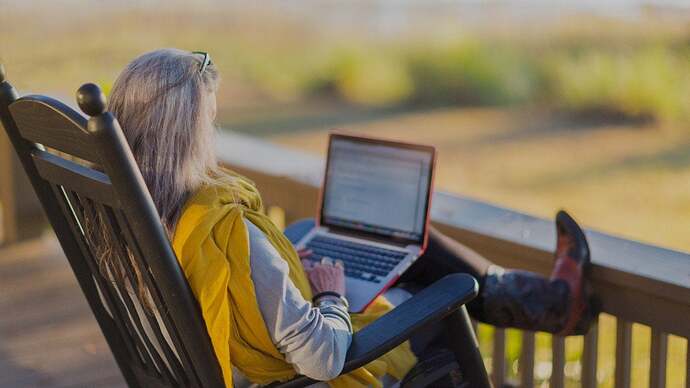 Seems my cable modem crapped out. Still works but limping along. I think I will try out TMO internet. Anyone tried it in their area?

I've had T-Mobile for my main home since the spring. Speeds and reliability are great, which should be expected due to my house being in the middle of a densely populated urban area. The main advantage that it has over Verizon FIOS and Xfinity is that I can put the router/receiver literally in the middle of my house and get full coverage in my main living area without the need for extenders - I can't do that with Xfinity or Verizon due to the way my house's internal wiring is set up. Ideally I'd also switch my internet at my rental property from Xfinity, but I need to maintain that service in order to maintain my Xfinity Mobile account without incurring extra per line charges.

There is one drawback although most people could care less - for some odd reason, I can't connect directly with any IOS device running IOS 11 or earlier, although I can connect indirectly via an extender. Same thing with my older Roku Express+ devices. This surely has something to do with the router settings, but I haven't yet bothered to figure it out.

I've used TMHI since April, 2022. It's been fine. It's around 150/15 Mbps any time I test the speed. I know lots of people get faster speeds than that on TMHI, but I just placed the gateway on a counter, and haven't yet played with the location to try to get better speeds, since it works just fine for my needs.

I switched to TMHI when it became available after the local independent cable company 25/3 Mbps service, which actually was 25/3, even over WiFi , raised the price by $3.99/mo, to $53.99/mo. That cable company is the only wired high speed internet that serves our address, so there was no other economical option.

So now I get faster internet for a guaranteed for life $50/mo. There have been no service issues yet, and hopefully it remains as good.

When I signed up, I got a $50 rebate during the 2nd month, and I also got $50 toward a new streaming device, in addition to 12 months of free Paramount +. I don't know if those offers are still active for new signups.

T-Mobile cell service customers on certain higher end multi-line plans can get TMHI for $30/mo, but I only have a postpaid $10/mo mobile internet plan that I use in my phone, so that discount doesn't apply for me.

A lot of what I've heard about it suggests that if your coverage is good, the speed and price point and...really almost everything works out pretty well. The main drawback I've heard emphasized is that while speed in terms of throughput is good, latency is not good enough for some kinds of gaming. And I think I've seen it mentioned that weather isn't a problem, at least not directly.

The other things I've wondered about is how it's affected by network congestion, especially during wide-area emergencies; and whether I'm correct in assuming that as long as you keep the receiver powered, you have internet during power outages (unless the cellular service is also down, of course). I used to live in a place where I kept my network gear on an uninterrupted power supply, and I usually had internet during power outages. In fact, I'm pretty sure that used to be the case where I live now. But the last several times my power has been out, my internet service has gone out with it, which I find rather frustrating.

OK, so I was greeted with TMO Internet available at my address today so I signed up. The agent offered me Unlimited Hotspot Device for $10/mo LTE so I got that too, figure the hotspot = in-car internet for the occasional passengers. 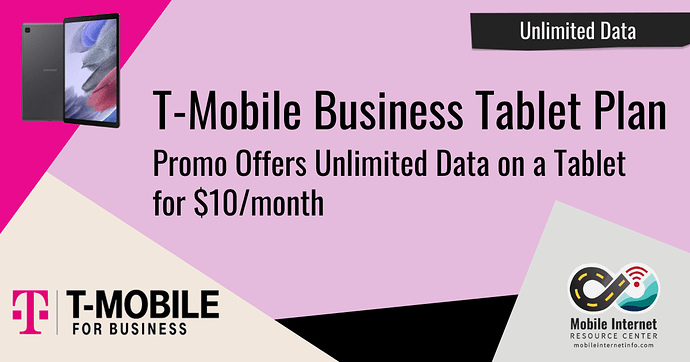 In late February T-Mobile quietly came out with a very attractive promotion for business customers: a tablet plan with unlimited on-device data and 10GB of mobile hotspot for only $10/month. This is an incredibly good value.

OK, so I was greeted with TMO Internet available at my address today so I signed up. The agent offered me Unlimited Hotspot Device for $10/mo LTE so I got that too, figure the hotspot = in-car internet for the occasional passengers.

That $10/mo 2GB/mo mobile data plan is standard pricing. I use the Postpaid version in my phone to power my GV # when I'm away from WiFi. Both Prepaid and Postpaid include full LTE in Canada and Mexico. The Postpaid plan also includes unlimited 256 Kbps worldwide.

That's a deal, for sure! But according to the article, "keep in mind that this is a tablet plan and other devices are not eligible. T-Mobile is aggressive about device enforcement on its network and attempting to use the SIM in other types of devices will jeopardize the plan and could even risk your ability to maintain a business account with T-Mobile."

So, it might not be as easy to use in a phone, or maybe not possible at all, as the regular Prepaid or Postpaid data plans I linked above.

Just got mine. Setup was quirky, had to try several times to get it working. The 5G Gateway is nice because it has Wifi 6 also. Will see how it goes the next few days.