Swap query...what happens if you made a mistake...?

So, if someone set up the swap deal - got the new phone - and in their hurry to send in the old phone, just happened to grab the wrong phone out of the box of dead things that will be equally incompatible with Visible...

Are they fussy about what gets sent in with icky repercussions ??

This inquiring mind would love to know ?!?

I don't think it matters

In the past they have not been in my experience and others reports. I've never sent them a totally dead phone though, just a different phone than the IMEI I entered.

You may want to keep an eye on the current SD thread in case there is a random report either way. 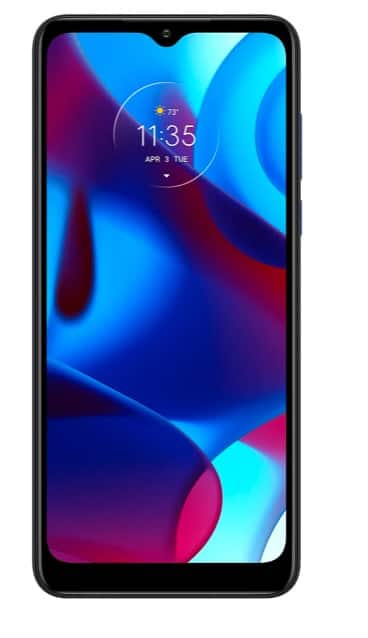 Too funny !!
Tried their various help options - meh - and then a chat - it went like so:

I made a swap & put in the wrong IMEI - will that cause problems ??

Thank you for bringing this to our knowledge, it’s important for us to make sure you are having the best experience with Visible.

The phone I returned is also incompatible here...

There should not be a problem.

Good - also, all that was sent is the phone - no battery, etc, is that correct ??

You send the phone without a battery?

I have checked and your IMEI should be a match.

It is a phone that died.

It was not functional?

And from that point onward all I got was nonsense - so I gave up & signed off that silly thing.

So I'm guessing they got lots of mismatched junk before & got fussy - but lacking for an open instruction page for the return, I thought it was 'sposed to be just a bare phone & didn't matter if it worked or not...maybe this has changed ??

During the summer, Visible tried to charge me for two swaps. The message I got each time was that my swap deadline had expired without them receiving the phone I sent. I later learned that this is their standard message when you swap in a phone they deem to not have met their swap requirements. Fortunately, both times, I used a virtual card, so Visible's attempt to charge me bounced. They never followed up further.

Since then, I've done a few more swaps of completely dead phones, where I got the 'swap deadline has expired' email, but Visible did not try to charge me. One time, I sent in an activation locked iPhone 5 with a bad home button (which did have power) and Visible actually sent me a message that I was good to go!

Bottom line is that if you use a virtual card, you should have no worries.

I can easily send in the whole phone, battery eetc. as it is free shipping, so who cares, right ??

What I realized belatedly is that this is a perfect use for a 100% useless LG Slider which is approved for swap by their checker - but NOT what I had signed up with.
That is a perfectly good, newer, useful device & I wish I had thought more clearly at that time.

Sadly, they have no direct means to contact them EXCEPT for their useless outsourced chat or via (anti-)social media - or I'd try to change the submitted IMEI for sure.

The email from them does say this:
"You chose Visible Swap. Just send us your old phone in good working condition within 14 days to avoid being charged."

Looks like I won't be lightening up my junk collection very much, this time...!

Addendum:
Just re-tried their chat & with a different agent perhaps I'll get better results as now an official ticket has been opened to get that # changed...we'll see...

Okee dokee.
The official internal support ticket got us an emailed response:

I’m Johanna with Visible Care. I'm reaching out regarding your Swap order.

We wanted to let you know that, we cannot correct the information as the order has already been processed, however, we recommend that you send an incompatible device as this is a requirement for the Swap Program, also, remember that the device must be unlocked and must be sent within 14 days.

Thank you for your patience and understanding while we work this out.

If you’d like to speak with an expert about your case, tweet @VisibleCare, tap Help in the app, chat in through the website or send us a message on the Visible Facebook page. Reference Number (blah, blah, blah).

From my POV, the ONLY useful aspect of that, for me, is that it ALMOST seems like she is saying to go ahead and send in a different device - as long as it is incompatible.

I even tried emailing a reply, which got this auto-reply:

If you need help, please use chat instead of email. (We can't reply to the email you sent us.)

Which clearly shows why I will NOT remain a Visible user outside of it serving our immediate needs & budget - hateful support options - a phone provider WITHOUT phone support and NO EMAIL ?!?
'SPEAK' with us via chat ?? Ree-dik-oh-rous. And...
Meh twice.

Getting back to the swappiness ideas now=>
I am tempted to send in an LG Mach that was in my junk box - works (mostly) and is CDMA, but may not meet their spec for 'unlocked' simply by not being GSM...dunno.

What I specified is a perfectly good, but unactivated KG K8, which can get used for hobby stuff vs. the Mach, which is quite useless here.

That swap will wait a wee bit as I have more pressing matters right now such as some cooking, seasonal readiness, and packing up an SE for a great swap offer I got via this forum !!

The LG Mach should be fine-- I traded one on a swap some time ago.. The Mach does have an IMEI in addition to the MEID. (The VIsible IMEI test won't accept an MEID.) There isn't a requirement that it's GSM-- they'll accept old Sprint & Verizon phones, too. (Me playing by the rules-- I made sure my swap did have an IMEI that failed, while the much older CDMA devices sometimes had only MEID.)

Thanks KentE !!
My only wonderment right now is based upon whether I will dare to send in the Mach rather than the K8 based upon the last rep's sort of sideways verbiage which seemed to be a very careful way of saying - go ahead and do it, or...
Am I just being too optimistic in my impression, perhaps ??

At any event, I'm also seeing here that there have been 'threats' of being charged for various things - but nobody here has said that they actually had to pay for the free phone - quite the opposite.

And then...at the risk of number loss - one could likely try this switcheroo, and if it goes poorly, just cancel the services & try to return the free phone and get a refund, maybe.

Pretty slippery stuff by the looks of it !!

The cautious side of me: if the K8 was the only device you had that qualified for the swap, you'd think it was worth doing. (As you did.) If you have concerns about getting disqualified, move forward with your original plan.

If you're comfortable pushing boundaries, I've seen a number of reports that Visible will accept a different, but still qualifying, IMEI. I've also seen some reports that they accepted technically non-qualifying phones, and some reports of rejections for same. Personally, my risk acceptance is somewhat lower on the scale. (And my tendency is to honor the terms of the deal even if there's a way to potentially break the terms and end up with a better deal.)

Is the K8 still capable of being activated anywhere? (VoLTE capable, unlocked if necessary-- I believe there were a number of variants locked to different providers, and hobbled by band restrictions.) Or is it's value to you as a mini=tablet/smart appliance? (I understand this concept, and have several never-again-to-be-a-phone devices.) Maybe it's easier to replace the K8 if needed, and not risk the swap deal?

Bottom line up front: If the Mach has an IMEI and the Visible checker says that it is not compatible as a BYOD, you can swap it.

The original concern that was expressed is that the Mach is not "unlocked." I wouldn't worry about that because the way that most people here and the general population regard the term "unlocked" as applied to cell phones is actually not the definition applied by Visible. When Visible says that you can only send in an "unlocked" swap phone, what they really mean is that the swap phone doesn't have an existing balance with your current carrier (i.e. there are no more outstanding payments on an installment payment plan). If your phone is fully paid off, you are good to go. Visible doesn't care that you have an Verizon or AT&T or T-Mobile branded phone that isn't cross-compatible.

I think the other thing Visible means by 'unlocked' is that there isn't any screen lock. At least by the swap program design, they expect to be able to confirm the IMEI qualifies. On most phones with non-removable backs (and no external label), they can't confirm the IMEI if they can't get past a lock screen.

Such a quirky bit of subject matter with all sorts of variables & possible nuances !!
Word meanings, possible variations in procedures, day of the week, phase of the moon, how short of employees they may be, etc., etc., etc. .

So=>
I did the activation & finished the port out of Twigby for that number, and when I saw the payment info I was reminded of the VCC idea - so now PP is removed & a C1 VCC is in place.

As to the K8 vs. Mach for swapping, most likely I'll risk sending in the Mach now as they are known to threaten via email if the swap doesn't go right, and frankly I can shut down the VCC in about a minute should things go awry.

Since the Mach has zero value to me anymore, if they demand the K8 later somehow - I can always send that in & just consider it a lesson learned.

Frankly I'm not impressed with the Android version on the Moto G Pure AT ALL !!
It makes you go around in circles for too many things IMO.
(And I am not a fan of USB C either.)

Anyhow - now my challenge changes to getting all the stuff migrated from the trusty old Kyocera with V4.12 over to this fancy new phone...!

An added bit of info to share here:
I remembered having a Cricket SIM, dug it out & tried it in the Moto G - it was not rejected.

Tried the same SIM in my desk accessory that is an AT&T prepaid phone & it went right to demanding an unlock code.

The big mistake would be waiting a day too long, and having the Moto go out of stock.... (grimace, shrug....)

The big mistake would be waiting a day too long, and having the Moto go out of stock.... (grimace, shrug....)

I don't think it was OOS for very long. In stock now and a SD'er posted back in stock earlier today. It was marked as a dead deal on SD but now back as active so I suppose stock may go in and out as the locust swarms "feed".

Thanks for that quick update, redrotors! I got my order placed.

I'm actually surprised it took this long for the Moto G Pure to go OOS. I got two of these early on. I was in position to grab a 3rd one yesterday but was too busy - no time to do a long chat with RedPocket to get port-out info.