I was gobsmacked to hear that two Marine pilots were disciplined for obscenity. I suppose the two pilots could have been made an example of and stripped of their wings, but if such a draconian obscenity policy were to be enacted throughout the corps, then there would only be a small select group left in the Marine Corp, which is not a pretty picture. The purported obscene skywriting looks like a ten gallon hat to me, anyway. The Salton Sea, over which the pilots were flying at the time of the incident, is rather obscene in the eyes of many. 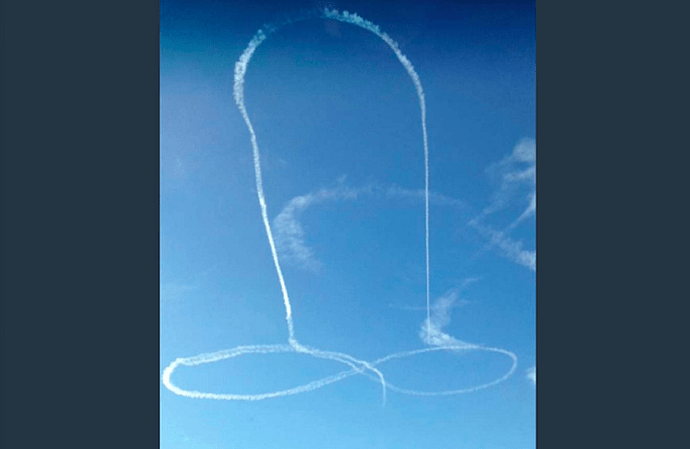 Marine pilots who drew penis-shaped cloud in sky allowed to fly after...

The two aviators flew their planes in the pattern of a penis, but will be allowed to retain their wings. 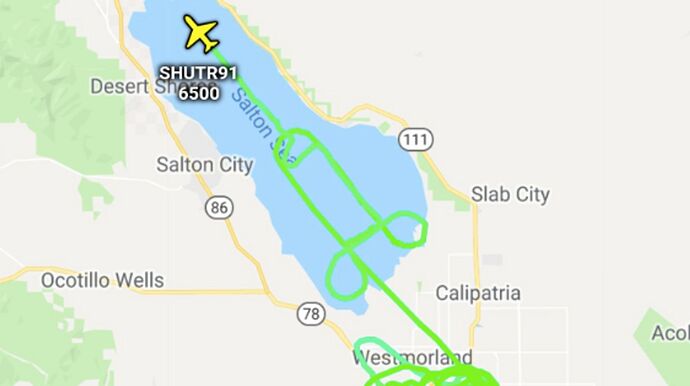 The penis-shaped flight path aroused controversy when it appeared over Southern California in October.