Recommendation for Two Lines on AT&T or Verizon

What would be a good choice for two lines of service either on the AT&T or Verizon network? All things being equal between the two, AT&T is preferred.

Unlimited 2G after running out of the allocated 4G is preferred but not required.

Since RedPocket will be a likely consideration, how do they bill after your (annual or whatever period) plan expires, if it was purchased on eBay or Amazon, and the customer takes no action to add a renewal. (Since there is the possibility of these folks not paying attention or being aware of the upcoming expiration.)

And is there any special benefit with Cricket or are they otherwise worth considering?

I think the special benefit with Cricket is if your friends need phones-- they frequently have good promo deals for phones with new lines.

echance20 has a good suggestion with FreeUP-- they're very competitive even without rewards. ($15/mo for 1GB, $20 for 2GB, both hardcapped.)

Some alternatives:
A 1GB plan on AT&T or VZW, with no 2G, starts at just over $14/mo (but prepaid for a year) on Red Pocket. (A little cheaper if you wait for a sale and prepay for a year, and $15 if you want to pay monthly.) 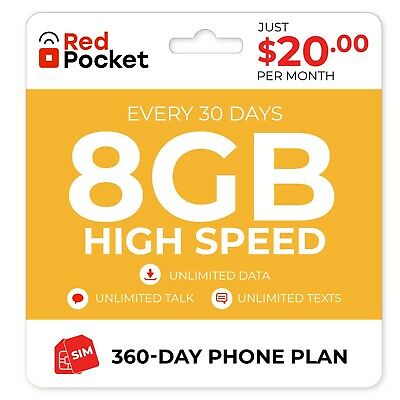 ( 8GB @ The Highest Speeds ). Ultimate Plan. ULTIMATE PLAN. GSMA : This network is ideal for those looking for the largest coverage, and who want to bring nearly any LTE unlocked, or AT&T compatible phone.

If your friends are iPhone users, pick carefully-- a lot of AT&T MVNOs do not support iMessage. It looks like Net10 may be the only lower-cost AT&T MVNO that does.

Thank you for the suggestions.

Regarding FreeUp and Red Pocket; is there any inherent risk, considering they may be small companies, of losing the number or active service unexpectedly?

Does the recommended FreeUp plan require any active actions by the customer (i.e. logging into the website or app to conduct activities) or can you simply order the plan with an automatically recurring credit card and forget about it?

No active action is required on FreeUP if you're using a paid plan. You're requested to put a credit card on the account, and set up auto-pay. You still have the option of earning rewards if you want to defray your cost..

Red Pocket has been around quite a while, and is generally considered pretty stable. They also have the advantage of dealing with all 4 carriers, so even losing a single carrier contract would not put them out of business-- although it would still be inconvenient to have to move to a different carrier..

FreeUP is a lot younger, and so could be considered more at risk. It is run by experienced industry folks, which might be reassuring.

re: Red Pocket and plan differences & costs: I pulled all of those prices from Dennis Bournique's incredibly useful https://www.prepaidcompare.net/ , and associated plan details.

The ebay and Amazon 12-month RP plans do fluctuate in price, and go on sale from time to time. You do not have an option of specifying whether you want 2G fallback or not--- availability is noted in the plan details. (It just happened that the RP 1GB plan does not include 2g, while the 2GB plan does....)