This MVNO doesn't quite seem to have their brand identity figured out yet. A week ago, I learned a little about https://HelloMobile.com
A few days later, a visit to the same site would redirect to https://QLinkMobile.com. Now both sites seem to exist in parallel, with the same plans available.

Apparently a general-access offshoot of Q Link Wireless, who provides government-subsidy phones in 28 states. This is open to anyone, though.

Hello also has a selection of $5 monthly plans:

There's some confusing language on the websites, indicating that those rates may be a 3-month teaser rate. I chatted with support, and they said the plans are now permanent, and the rates won't change. No discount for autopay at this point, although you're welcome to set up autopay if you want.

Taxes/fees included.
Data is hard-capped. Top-Ups apparently available, but I can't see them.
All plans seem to include outbound international calling to 60 countries, and international text.
No activation fee.
They'll send a free SIM if you need one. (If you already have a Sprint SIM for your phone, you can reuse it.)
The FAQ indicates roaming is included. I don't know details.
If you miss your payment, text will remain available for 30 days. (Voice and data would shut off.)

Some comparisons come to mind:
Unreal Mobile's $10 Sprint plan is similar, but Unreal now adds around $3 in taxes/fees-- but includes some rollover and 2G fallback data.

I think the $5 250min/unlim text, 250MB may be the value leader for a plan including 3 buckets.
Beast Mobile's $4 unlimited/talk& text plan (no data, also on Sprint) barely beats Hello's $5 rate, but I don't remember if Beast adds taxes.(EDIT: Beast Mobile's unlimited talk/text plan has gone up to 8 $ )

Fine Print:
"Special Offer: Hello Mobile's Special Offer pricing is available to ALL customers. No catches or exclusions. It reflects the standard price of that plan, with no cut-off date. Buy 1 Get Promotion: Get your second month service at Hello Mobile for free when you Sign Up and pay for your first month service. Always On: Hello Mobile's Always On Policy allows customers access to unlimited texting and 911 calling for 30 days after termination of service. After this period, all Hello Mobile functionality will cease until service is reactivated. International Minutes: Every monthly Hello Mobile phone plan includes free International minutes to Select Countries, available to view at: www.QLinkMobile.com/internationalplans. To purchase minutes to additional countries, visit Shop > Plans. Unlimited Plans: Customers on the Unlimited Plan may experience reduced data speeds after 15 GB of High Speed usage. Prorating: If a customer adds a line in the middle of a billing cycle, Hello Mobile will prorate the amount paid depending on the number of remaining days in the service period."

Thanks for this heads-up KentE !!
I am always interested to see if any really cheap deals also come along with the VZ backup like our Twigby service does - haven't seen any yet though.

This MVNO doesn't quite seem to have their brand identity figured out yet. A week ago, I learned a little about https://HelloMobile.com
A few days later, a visit to the same site would redirect to https://QLinkMobile.com. Now both sites seem to exist in parallel, with the same plans available.

Are you sure? I didn't see anything on their web-page making this explicit.

bingyee, if you're referring to "Data is hard-capped"....

I was sure when I wrote it.
Looking for the reference I thought I saw before, I see this (under Hello Mobile: Support/My Account)

Depending on the plan you choose, you’ll receive a certain amount of high speed data to use within a billing cycle (with no rollover).

So....I'm not sure anymore. That looks more like fallback 2G.
I didn't ask about this when I did a Chat, since I thought I had seen info otherwise.

EDIT: TO ADD
oh, if I look in a similar place on Q Link Mobile's site, I see this:

Depending on the plan you choose, you’ll receive a certain amount of high speed LTE data to use within a billing cycle (with no rollover).
Once you expend this high speed data, all data functionality will stop. To replenish your data, check out our affordable topup options."

So either this is a difference between Hello Mobile and Q Link Mobile, or one of the FAQs is wrong.....

I signed up at Hello Mobile. Their FAQ section indicates WIFI calling is available, found out via tech services they don't offer WIFI calling. FAQ section also calls out roaming, I doubt that's true. Sprint coverage is lousy in a few locations, contacted tech services via chat to ask if I could get a T-mobile sim, they pretty much ignored my question and kept saying the sim card with the best coverage in my area is sent out.

Contacted tech services via chat to cancel my service, after 15 minutes confirming my identity they said I had to call to cancel. That stinks.
I called to cancel the next day. The hold time to customer service was 19 minutes. Then after jumping through the identity checks again, they had to transfer me to the cancellation group. Then I got a wait time of 55 minutes. I couldn't wait nearly an hour.

Emails get ignored or get responses that are canned about how great they are.
Obviously, this is a shady company. I turned auto pay off. I sent an email asking for my service to be cancelled. Got no reply.
I'll contact my credit card company informing them I turned auto pay off and don't authorize any more payments to them.
If I get charged again, I do a charge back.

I would suggest staying away. I've had no problems with Mint, Tello, Ting or Red Pocket. Hello won't stick around long with this approach.

Yup. Some of these companies have no clue. The ones you mentioned are good. 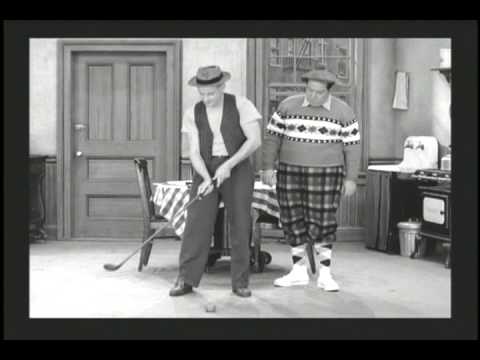 @joeuser, Thanks for your sharing your experience and sorry you encountered so much hassle during your brief time with this company. Sounds like it's probably time to say, "Goodbye, Hello!" before we even pick up the phone! :S

Thanks for the report, joeuser! I've seen several complaints of poor implementation/support on other forums, too. It surprises me that support is so bad, since Q-Link Wireless should be experienced with this. (But I've seen a few undetailed negative comments about support there, too.)

You may well be right about the lack of roaming, especially considering other things that seem wrong in the claims. But here's another data point: I took a Sprint Postpaid (Unlimited One Year Free) phone to an area that had very little coverage a few months ago. Roaming is definitely included in that plan (including limited data roaming), and the area had good Verizon coverage. The phone, however, refused to roam at all as long as there was enough signal to place a somewhat unreliable voice call. I had absolutely no data thru-put, 0-1 bar of 2G, but could place a call-- so the service would not switch to roaming.
It's seems this might be an artifact of 'when' Sprint will roam, instead of whether roaming is available at all.

If someone doesnt need support at all, is this a good service. Or is the coverage worse than regular sprint?

It should be the same as any MVNO that has native Sprint coverage only. (That's most of them, other than Ting & Twigby.) I'm not sure there's even a route for it being restricted beyond that. Although the Hello Mobile FAQ implies roaming, it might not be correct.

The prices are good. I haven't read any complaints that didn't involve support.

For those thinking of Hello, should probably consider Tello instead. They have a great deal for about $10 /mo.
For old Freedompop Sprint users, Redpocket has a good deal too. Surprisingly the taxes on Redpocket are very low (something like $0.30 on the $9 plan that provides unlimited talk, text and 1GB of data).
Both of these providers have excellent customer service without the runaround. Not to mention both have excellent website interfaces.

Agreed! I certainly would stick with Tello and RedPocket considering the reports and the rates. Maybe for a buck a month would I go through that trouble. I do thank everyone for their posts on this company, so we can make informed decisions.

Hello Mobile has been pretty decent for me. Had 3 other friends family switch to Hello mobile with no issues. Not sure if they have improved their support lately.

If you are already on Sprint and do BYOPhone / BYOSim / BYONumber, then the transition is much smooth.

Porting happens overnight and if porting, do it on a weekday - between sunday night to friday morning. If porting is initiated on friday night, it doesn't happen until monday morning. That is what i have seen so for.

I did have 2 weeks delay to get the sim for one line, and after talking to their CC, they adjusted the billing cycle to begin on port completion date.

I was on sprint free line and the service has been on par with i had before (maybe Sprint coverage is better here). Only difference is , my network shows as Boost mobile now

One good thing about hellomobile to other mvno's in this range is, hellomobile includes free international texts and calls to 60 countries.

International call/text would be a big plus for some folks!
thanks for the report, isusernamemandatory. Hello Mobile remains tempting for me at some point, so it's good to see a positive review.

Never had Hello Mobile. Was wondering if it's hard to cancel services, is it easier to port-out? Easy to get account number, passcode, etc. to port out?

I'm not sure when the real change happened, but Hello Mobile's T-Mobile support is a real thing now, instead of just a claim on the website. I've read a couple of reports of it working elsewhere, and have confirmed that my unlocked GSM-only phone now shows as ready to activate on Hello Mobile. (Before, it would fail to clear.)

Unless a few dollars is really critical, Tello/Sprint is a much less risky proposition than Hello Mobile/Sprint service. But if one needs/wants T-Mobile service, Hello Mobile's pricing is pretty attractive, and likely the cheapest option for low-volume users than anything else other than possibly Tracfone.

Porting was surprisingly easy. Just recently moved a line out of hello mobile to Google Fi. Account number is same as that's displayed on your account page and pin is last 4 digits of the line you are porting.