Documentary has come under fire for criticising renewable energy

Michael Moore’s new documentary Planet of the Humans has sparked controversy, with climate experts branding it as “dangerous”, “absurd” and “shockingly misleading”.

The film, which criticises renewable energy and claims that environmental groups are corrupt, was released last week on the 50th anniversary of Earth Day, and has been watched over three million times.

Climate experts have called for the documentary to be removed from public viewing.

Director and activist Josh Fox, who made the documentary Gasland, wrote a letter urging the removal of the “shockingly misleading and absurd” film.

He tweeted: “A multi-millionaire many many many times over, @mmflint is now attacking environmental heroes like @billmckibben, @VanJones68 and even local organisers like the great Nathan Sooy of PA.
I cannot sit by and watch that happen. This is not fun, this is terrible.

Films for Action temporarily took the film down from their online library after deeming it “full of misinformation”, but they later put it back. They said their decision was made to avoid accusations of censorship, which they said would give the film “more power and mystique than it deserves”.

Michael Mann, a climate scientist who signed Fox’s letter, said Planet of the Humans includes “various distortions, half-truths and lies” and that the filmmakers “have done a grave disservice to us and the planet by promoting climate change inactivist tropes and talking points”.

... or if you do not author the books in the first place. Right now in California. 2/3 of current energy from renewable. Might exceed 70% today! 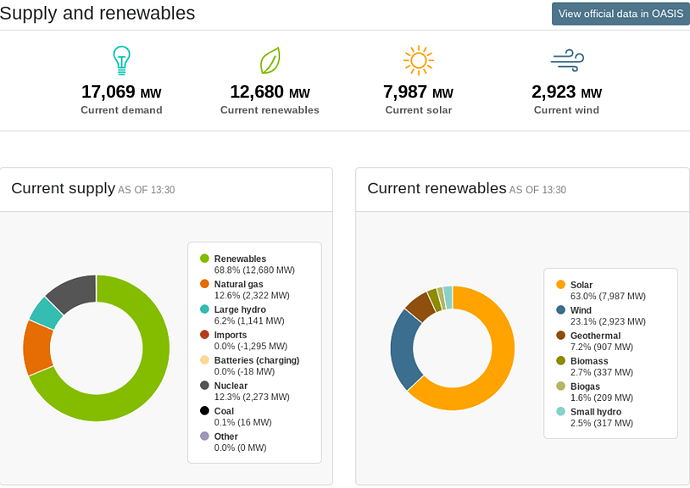