Truthfully - I try to carry on whether it is 'coffee day' or not & coffee DOES always make things a but brighter !!

Some of those jokes could use a filter, but hopefully there's no trouble brewing from the PC committee.

Thanks for the laughs!

Thanks for the funny and sometimes cringey humor. At one point in the storied history of coffee, it really was thought to be a revolutionary drink and so it was banned and some heads rolled.

"The trouble begins! Just over 50 years after coffee houses gain popularity in Mecca, Governor Khayr Bey bans the drink, fearing its influence promoted energized discussions In 1511 Governor Khayr Bey bans coffee in Mecca. Riots break out, and debates that could lead to opposition to his rule. He shuts down shops as far away as Constantinople. Riots break out, unrest spreads! And just when it appears a coffee revolution could erupt, the Sultan of Cairo intervenes. He sends word that coffee is sacred and has the Governor executed. Off with his head! The lesson here my fellow coffee lovers is, to always consult with your Superior first before making a rash decision and never, ever cut-off your bosses' coffee supply" 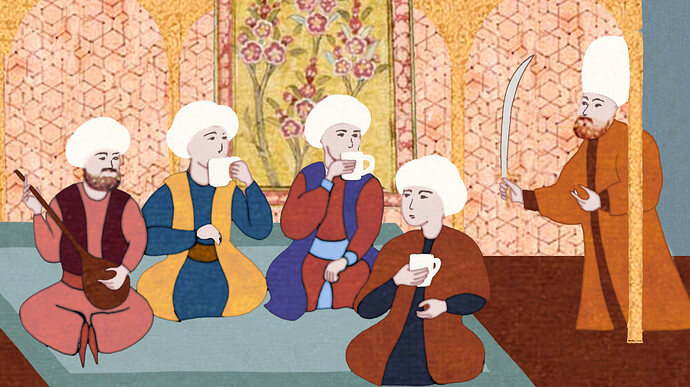 Drink Coffee? Off With Your Head!

By now, many New Year's resolvers are finding out how difficult it is to give up caffeine. History brims over with coffee-lovers who couldn't bring themselves to quit the bean — even when they faced decapitation.

Thanks for replying here Folks !!

Some of those jokes could use a filter, but hopefully there's no trouble brewing from the PC committee.

I did copy them directly from where I found them with no intention other than trying to make for some coffee laughter on 'coffee day' !!

Also, I do agree some are a bit harsh even by my rather loose standards, while at the same time I prefer to avoid censorship, so I left the list as-is with no intention to offend anyone.

IMO:
Life is always better with a good cup of coffee in-hand !!
(And no injuries to anyone, please ?!?)