Physicists have long sought to comprehend the mysterious working of the universe, but only recently did they figure out how to cleanly break spaghetti sticks in half without ending up with many fractured pieces rather than two equal halves. What's a tad humorous to me is that I have a long time friend of Italian heritage who grew up in an ethnic Italian enclave in NYC, and he informs me that many of the Grandparents in his childhood neighborhood had long known, with no formal education, how to break spaghetti sticks in half cleanly: just twist and break them in half was their method. But now scientists are able to explain why that is the case.

Spaghetti and tennis racquet string: the ignoble incident above brings to mind the tennis playing physicists who have tried to explain the physics of tennis strings over the years, which didn't improve their tennis playing much. I guess one could call this endeavor racquet science and a subset of string theory. There was even an attempt to explain the, now banned, Spaghetti strung racquets. 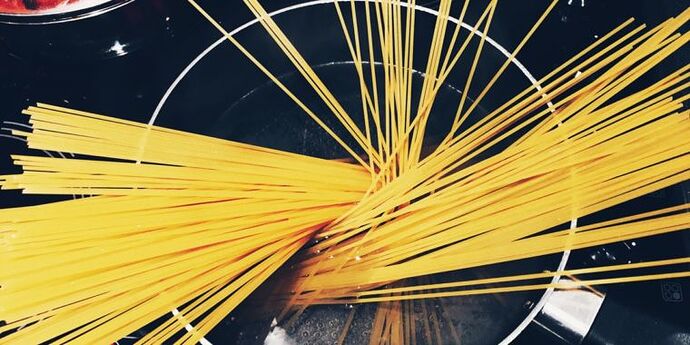 MIT scientists crack the case of breaking spaghetti in two

How not to shatter spaghetti into half a dozen little pieces.