When Verizon killed off everyone's Jetpacks it didn't affect my smartphone that had similarly been flashed to 3g in the same way that all those MiFis were flashed.

It still works. I still pay $5. And I still turn on the unlimited hotspot and use it for stuff.

Well, they're killing off all 3g at the end of the year, which will finally put an end to my party.

I know people who would love to have my $15 plan regardless of whether or not it included data.

Does anyone know if there's a way for me to swap devices at the end of the year and keep my $15 plan alive?

If I can do that I'll find a good home for the phone and the plan.

I don't have any special knowledge about it-- but I thought the lack of LTE was a requirement for the plan. (At the time, I think Verizon upcharged for LTE access.) If that's right, I expect that everyone on that plan, even on a real old-school flip phone, will lose the plan.

Somewhat off-topic....
I believe my brother-in-law is on some grandfathered 3G-only Verizon or Verizon Prepaid plan, and I need to figure out something he'll be comfortable with if I can confirm it will go away. (He hasn't been notified yet of it being discontinued.). His plan is similar to Page Plus Paygo, where you 'bank' talk/text credits with a bulk purchase at least once a year. The really odd feature is that there's a limit to how much you can bank, and he's constantly bumping against that limit at refill time. Each year before having to refill it, he has to make a bunch of long calls to lower his balance below the threshold.

KentE
If BIL plan is one of the old VZW prepaid paygo plans like .25/min. or $1/day* + .10/min. or $2/day*
(*only on days you use it). $100 refill good for a year & rolls over previous bal. Smaller amounts add shorter time periods.
I can relate my experience. I managed to swap in a 4g flip (ZTE cymbal) in to replace a Gusto 2 and the plan seems unaffected. Never spoke to a human, used automated activation voice system. As to balance limit, have not run across that BUT for many years I have not had to add $100 to get a year added. I call and get a rep., not easy w/VSW prepaid, and explain elderly person phone, little use, keeps it for emergencies, landline outages etc. and ask if they will extend another year for less than $100. I ask them to check the usage. The most I've had to add was $50 but for quite a few years it has been $5 (+ taxes). A little politeness and social engineering goes a long way, it seems the VZW prepaid CSRs do have the ability to act with discretion in this area. A few times they asked me to hold, maybe asking a supervisor or reviewing the acct., not sure.
Good luck.

I suggest to post a question on this VZW forum: 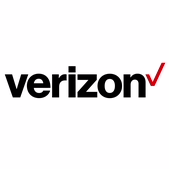 I currently have a basic phone (non-LTE) activated on the grandfathered $15/month prepaid rate plan.

What will happen to my service when VZW sunsets CDMA?

Will I be permitted to upgrade to a basic phone that supports VoLTE and keep my current rate plan?

Thanks so much, redrotors! Yes, that sounds like the plan he's on. I appreciate your tips, and it gives me some hope.

My fallback at this point is moving him to Tracfone. He's in a rural area, though, and I think Verizon Prepaid may still roam on US Cellular (USC has the only reliable coverage in some spots down there), while I'm pretty sure that Tracfone no longer does so. (I kept an older feature phone on Tracfone for years because the feature phones did roam on USC, but I think they dropped that for all current models.)

Thanks, st3fx, for the pointer to Verizon's basic phone user forum. I'll give that a try, too.

Just keep in mind that VZW prepaid & postpaid are often separated/segmented from each other. Be wary re postpaid advice applying to prepaid. For instance you can't activate a VZW prepaid phone on postpaid until the "ransom" was paid.

To keep it simple and have the best chance of success I'd stick to a VZW prepaid phone vs. a postpaid or unlocked version.

BTW one thing I was told was absolutely not possible was to switch among those three old paygo plans, the one you are on is the one you are stuck with, no option to change like there used to be & CSR said that any change they try manually will cancel the plan altogether. Back in the day I had a family elder who was quite adept at switching among the three to best suit her anticipated needs for the next few weeks, I think they allowed 2 or 3 changes a month at one time IIRC.