How good/bad is Newegg?

Have any of you bought anything from Newegg? Is it reliable? I noticed they have different sellers, so it seemed to me more like eBay - does that mean it all depends on which seller you buy from? What happens with returns, if something needs to be returned?

Please help, I have never bought anything from Newegg before. TIA.

More like going to Walmart site. Walmart sells but also allows other sellers. I just filter by seller, Walmart only.

That said I've bought from newegg a few times (not a seller on their site) including an LG tv many years ago, and it has been OK. I've read that their return policies are not as friendly as some but don't have any experience with a return to them.

Don't buy much from them anymore, but have spent thousands in the past when I was building computers. Never an issue with them - they are reputable and been around for a long time.

Haven't bought recently have have had no issues with them at all.

Be aware they let other sellers piggy-pack onto their platform so if you're buying from third-party YMMV.

I've been buying from Newegg for several years with no problems and have gotten some good deals over the years.
The company has been in business for about 20 years now.

Newegg has become known as a company that fights "patent trolls". Interestingly, some years ago the company gained a little fame for some success dealing with the patent trolls, which other companies had just put up with for the most part.

Newegg Commerce, Inc. is an online retailer of items including computer hardware and consumer electronics. It is based in City of Industry, California. It is majority-owned by Liaison Interactive, a Taiwanese technology company. The company was founded by Fred Chang, a U.S. immigrant from Taiwan, in 2001. "Newegg" was selected as the company name to signify new hope for e-commerce during a period when e-commerce businesses were struggling to survive. In 2004, Newegg established Rosewill as a pr... 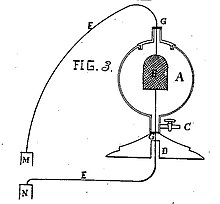 In international law and business, patent trolling or patent hoarding is a categorical or pejorative term applied to a person or company that attempts to enforce patent rights against accused infringers far beyond the patent's actual value or contribution to the prior art, often through hardball legal tactics (frivolous litigation, vexatious litigation, strategic lawsuits against public participation (SLAPP), chilling effects, and the like). Patent trolls often do not manufacture products or s...