I found this C/Net article about the Motorola Razr to be dicey yet humorous. Evidently, none of the C/Net team attended M.I.T., and where they found that jackhammer rube goldbergesque contraption, which likely destroyed the phone, I don't care to know. Dubious, also, is the estimate that the phone would be folded 80 to 150 times a day. I suppose there are a few odd people who are unemployed and who might open and close their phone 80 to 150 times during their 16 hour waking day, but I doubt the average person would do so (though I know of reports of people who sleep with their phones and wake up to check for messages during the night).

"Either way, it’s not a good look for a premium $1,499 device, and suggests that manufacturers still have a long way to go to before foldables can become anything other than an early-adopter curiosity."

"Either way, it’s not a good look for" C/Net's possibly defamatory reporting. 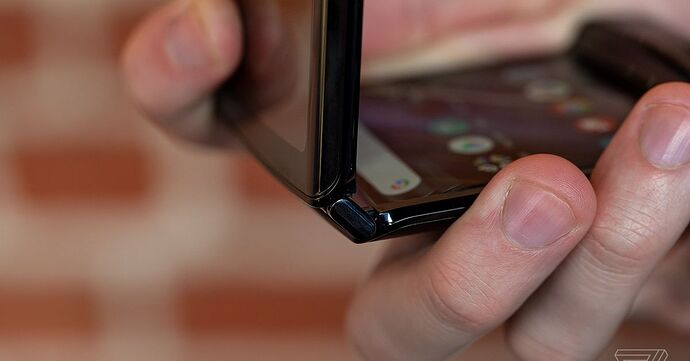 It survived less than four hours in CNET’s folding machine. And how long now before folks can have phones implanted such that they are ever-present & require minor surgery to 'upgrade' to a newer model ??
(But - using their bodies as the batteries - so imagine, no downtime from dead batteries...mostly.)