Education on GSM vs CDMA 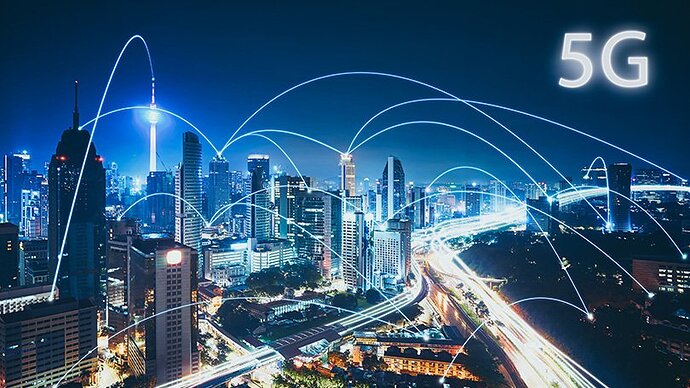 CDMA vs. GSM: What's the Difference?

It's time to walk away from CDMA and GSM, two technologies in their twilight years. No matter how much you love your old phone, you need to move to 4G or 5G.

Other manufacturers of unlocked devices generally don't include CDMA radios because they don't see a big market in unlocked phones being used on Sprint and Verizon.

... and, don't forget about Verizon and Sprint's "whitelisting" game.

I think the whitelisting is the biggest factor for unlocked phones traditionally being GSM only. With GSM, a manufacturer builds a phone, and it works.
With CDMA, there's no reason to build a phone until a manufacturer has assurance from Sprint and/or Verizon that they will whitelist it. Since both have profited from a closed market environment, there's traditionally been little reason for them to cooperate with universal phones. I think iPhones broke that barrier, but it's still primarily companies like Motorola & Google that have the pull to get it done.

@PEW ,
Thank You so Much for posting the link. It is a great, clear, article. I wish it was easily available to anyone looking for new service, the author brings together a lot of basic information.
Each carrier has a vested interest in having you pay them to use their network. and stay with their network. Even though, from the consumers point of view, we'd much rather have our phones work seamlessly, picking up whatever signal is available. As you pointed out, there are phones out there that are capable of doing this. However, the major carriers can 'lock' your phone to their network even though your phone is capable of picking up other signals.
Locked or unlocked phones, FED checks, white-lists, are all very confusing to the person who is just wondering why the heck do I need two phones and two separate plans. Because home and work. even though just a couple of miles away have coverage from two different carriers. Even though one has purchased a phone with the capability of receiving signals from all 4 major carriers. Now you are into roaming agreements, phones which will work on wifi and who knows what else.
If you have always used one carrier and it works well for you, you can just sort through the MVNO world by picking from the MVNO's using that particular carrier. and accept that 6 miles away at the bank, YOUR phone may not work, while the person next to you is having a perfectly good conversation on their phone. Buyer beware if you move or go on a long trip.
. Frustrating isn't it. The technology is available, but it isn't in the interest of the 4 major carriers to make it available to the phone user.

This is a great thread! Coverage can be a problem in many places. Don't mean to take this off-topic, but it might be helpful to mention Twigby. Their rates are slightly higher than some of the other MVNOs, but they more than make up for it due to the fact that they run on the Sprint network but also include no-extra-cost roaming on Verizon, and their online chat and e-mail support services are superb. Highly recommend them!

Thanks Diedrich_Duo
It's great to know that Twigby ( I think they use sprint network?) roams on Verizon at no extra cost.
What other MVNO's roam?
Do any mvno's offer roaming across the cdma gsm divide, if your phone has both gsm and cdma capabilities?

Roaming is quite rare at the low end of the pricing structure. (You're correct, als, that Twigby is Sprint network.) It's difficult to ascertain for certain if it's still in effect, but Tracfone feature phones used to include roaming (while their smartphones do not.)

In the mid-range MVNO tier, Ting CDMA roams.
I think there are a couple of others, and hopefully someone will mention them.

Tracfone smartphones do not roam?????????
OH no!
Oh crap!
I am SOL! after all the agony of setting up 2 accounts just the way we need .

There is an earlier section about roaming with feature phones, but section 9 appears to apply to all phones:
9. ROAMING

Depending on the Carrier network, it is possible that under certain circumstances your phone may roam if you are outside of your network coverage area and within the United States. Roaming occurs when a subscriber of one wireless service provider uses the facilities of another wireless service provider. Although there are no additional charges for using the Service while roaming domestically, TracFone does not guarantee your ability to roam nor the availability and/or the quality of Service. Domestic roaming may be discontinued or changed at any time without notice. Due to Carrier restrictions, TracFone reserves the right to terminate the Service of any customer whose roaming usage exceeds 50% of their total usage in any three (3) Plan cycles within a 12 month period. International roaming is not offered by TracFone and is strictly prohibited.

Section 8 has details on accessing network coverage maps, which may include 'implied' roaming (with a warning that it may be incorrect.....)

I know for certain that when Tracfone first started selling smartphones, they did not include roaming-- it was a condition of the carrier network. At that point, TF only had 1 carrier for smartphones. Perhaps it's changed since they've added other carriers.

So, I looked around a little about Tracfone smartphone roaming.
The Terms seem to have changed sometime since May 2017. In quoted language from posts in May 2017, the terms specifically stated that Tracfone smartphones and BYOP did not roam. That clear language seems to no longer be in the terms-- it's not known to me whether that indicates a change in policy, or just a change in verbiage. I didn't find any definitive references indicating roaming was now possible.

The Tracfone coverage map seems interactive, since you can access it by entering your phone number. If so, and the indicated coverage differed from the 'native' carrier coverage (without either "extended coverage", which is still roaming, or "roaming"), that might be a good indication that roaming is in fact available on your phone.

Re MVNO's with roaming,
@KentE "I think there are a couple of others, and hopefully someone will mention them."

Re MVNO's with roaming,
@KentE "I think there are a couple of others, and hopefully someone will mention them."

As I understand it, Truphone has roaming.
https://www.truphone.com/us/consumer/sim/