The First Picture of the Earth From Space, that is, the first picture as far as we know. As has been said, a picture is worth a thousand, maybe a million words.

"Total Immersion in the Universe"

"The first color photograph of Earth “captured a perspective of our planet never seen before and led to a collective shift in consciousness—one that saw the Earth as part of an interconnected whole,” Vaughan-Lee told The Atlantic. “I wanted to know the story behind the photograph … to know what it was like for the first human beings to see and experience Earth from space. The photograph holds the astronauts’ experience within it.” 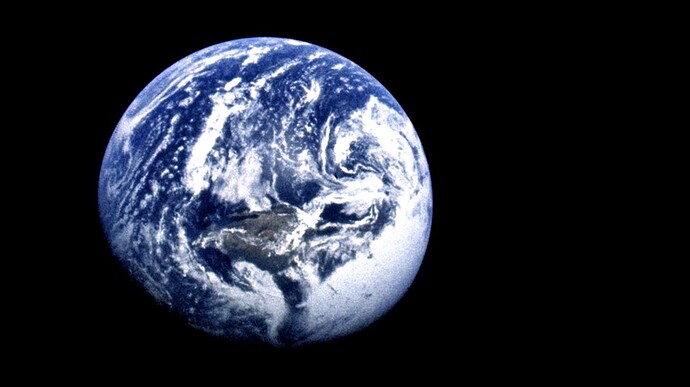 The Photograph That Changed How We See the World

The Apollo 8 astronauts tell the life-changing story behind 'Earthrise.' ~5 decades ago I read some wonderful fiction that has stayed with me ever since - and which I recently re-read in its entirety:
http://www.thefullwiki.org/The_People_(Zenna_Henderson)

Those folks had only a single, simple name for their beloved & lost planet:
'The Home'

Unlike The People, we have no means to wander off & find another home, and this has made me wonder what might be different here if our species had learned early on to simply call this planet 'Home'...might we be less destructive and/or possibly regard our only home with a bit of awe and greater affections ??