Death Be Not Proud

Tardigrades: sounds like something a slacker teacher might do. Joseph Seckbach, a biologist at the Hebrew University of Jerusalem, said that a tardigrade “can be in dormancy for 30, 40 years, and wake up and say, ‘Hello!’ ” How can such a cute little creature be so tough? 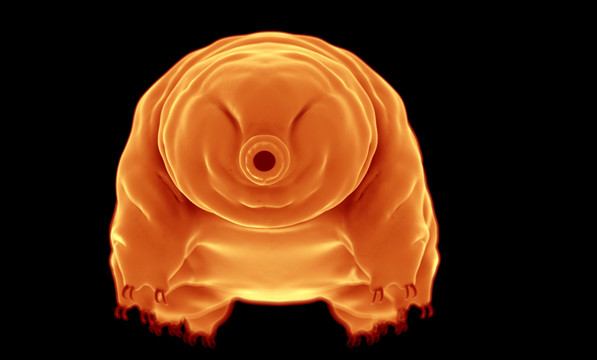 The last survivors on Earth | University of Oxford

The world’s most indestructible species, the tardigrade, an eight-legged micro-animal, also known as the water bear, will survive until the Sun dies, according to a new Oxford University collaboration.