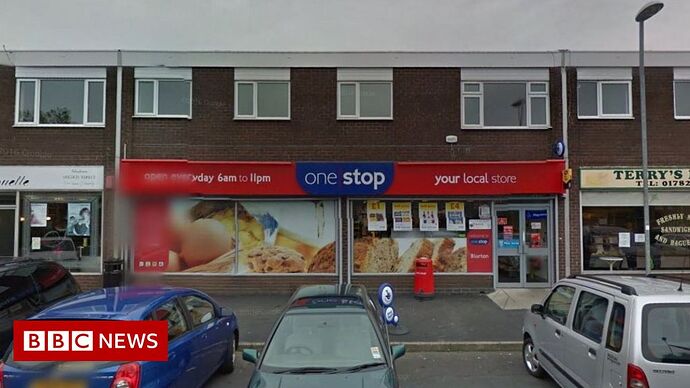 Nicole Bailey, who was fined for taking the £20 note, said she wishes she could "turn back time".

Things are getting silly in my opinion.

Hmmm - must be more to it than this. I mean who brought the case to the attention of the police? The other customer who lost the 20gbp? The shop? Big brother?

There does seem to be a lot of "moral" laxity in how people look at these things and views can differ depending on whether the person is the "finder" or the "loser" of the cash.

From a legal viewpoint, the matter is fairly clear.

I am always amazed how people see nothing wrong with eating a few grapes at the supermarket before passing through the checkout. It is, in fact, shoplifting and once in a while, someone does get arrested for it.

Of course, it is hardly a good use of police and court resources to pursue these matters.

Of course, it is hardly a good use of police and court resources to pursue these matters.

That's the bit that I'm referring to as "silly".

When she was asked about it, she didn't hide anything. So long as she returned the money, it should have been left at that.

I once left a personal possession in a classroom by mistake. Somebody in the next class actually admitted to having taken it and then essentially didn't want to return it. The school got a member of staff involved who told me to let it go. In retrospect I should have gotten the police involved but I guess at the time I allowed the staff member to blur the lines.

"it should have been left at that"

To me, the real issue here is the competence of however decided to take the matter as far as it went.

Public officials seem to have very little regard for the common sense or respect for the need to use taxpayers' money wisely.

Of course, the fiction must be maintained that all violations of law will have consequences. That is fine, but when it comes down to such poor judgment in use of resources, heads ought to roll but they almost never do.

As was mentioned in the article, the police in the UK are able to give you a "Caution".

Giving somebody a criminal record has consequences that are not commensurate with the lack of judgement that took place.

If you go back to the time of the Romans there is a famous saying that goes "who will guard the guards?"

No one has found a way to solve this problem. Ultimately, if one is unlucky enough to fall afoul of someone who is unreasonable and has authority there is not much one can do. I posted about some of my own experiences with authority figures in another thread. In each case they were being paid to act impartially and viewed as qualified and competent to do so. I do not think they did that nor was there any way to hold them accountable.