Can someone sign up to try Amazon Prime with their 30-day free trial, buy one of their Prime-only items and cancel Prime membership within 30 days (without being charged anything)?

Thinking of buying the phone but it's a Prime-exclusive. At $139, it's still a little too expensive for me, but I'm getting a little desperate too. I don't shop Amazon much and don't have any use for Prime so don't want to spend on Prime membership.

Will the 30-day Amazon Prime free trial work?
And are there any downsides to Prime-exclusive phones, such as bloatware, lockscreen ads, etc?

Thanks for any help, responses to the questions, feedback, opinions on the phone, etc.

Yes, you can do that with Amazon Prime.

That's not a bad phone. 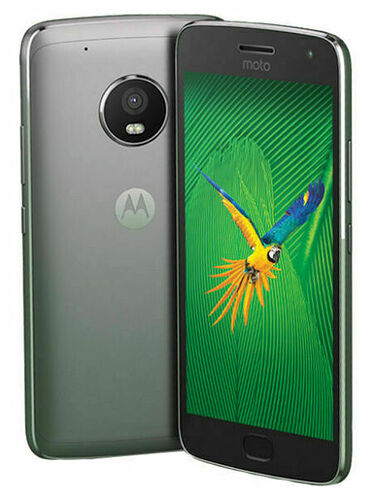 Find many great new & used options and get the best deals for Motorola Moto G5 Plus - 32GB - Gray (Unlocked) Smartphone at the best online prices at eBay! Free shipping for many products!

It was only $94, yesterday, but it's still a great deal at that price.

This is a decent budget all carrier phone if you want something cheaper. $70.

Someone posted that the condition of the phone they received was excellent from this listing.

As for prime exclusive phones nowadays they simply have amazon apps preloaded. Not sure if they can be disabled but you can always just hide them or ignore them.

Thanks for the replies and suggestions. I've been occupied with other stuff so haven't gotten around to buying any phone yet. (Or maybe I'm still balking at spending that much money -- all my previous phones have been way less expensive). Maybe I should wait for better deals. Any guesses on when we might see clearance deals on last year's carrier-free phones such as the Moto E's and Moto G's?

Just my personal opinion, based on observing a few model changes......
There is not likely to be huge discounts on model-end clearances of low- to mid-priced factory-unlocked phones. It looks like they usually do small discounts, and do a good job of phasing them out as inventory is sold off.
The exception might be Walmart or Target, which sometimes do significant markdowns on existing clearance inventory-- but timing is critical to make this work. Walmart clearance phones available for shipping are usually only available for a day or 2 online if the markdown is significant, and after that the clearance price is only available in-store, where in-stock-- and most stores will be out of stock.

Your chances of success are much better by watching out for a special sale like those mentioned in posts above, which usually end up being cheaper than model-end pricing. I think a 3- or 4-carrier phone for $70-100 is near the lowest price you'll find for new/open-box/customer return/"real" refurbs (current or phase-out models).

The Orbic Wonder ebay offer mmfacemm mentioned might be available for around $60 paired with the ebay discounts that sometimes pop up.

Thanks for the replies and suggestions. I've been occupied with other stuff so haven't gotten around to buying any phone yet. (Or maybe I'm still balking at spending that much money -- all my previous phones have been way less expensive). Maybe I should wait for better deals. Any guesses on when we might see clearance deals on last year's carrier-free phones such as the Moto E's and Moto G's?

$90 for a certified refurbished Moto E 4:

With a vibrant, 5" HD display and a compact design, this is a phone you’ll want to hold onto. Never let spills, splashes, or a little rain get in your way. The Moto E uses a water-repellent nano-coating to protect your phone inside and out.

Shop through a wide selection of Cell Phones & Accessories at Amazon.com. Free shipping and free returns on eligible items.

The current "fly in the ointment" for getting a new (or new to you) all-carrier phone is Verizon's move to VoLTE only. Through the end of this year, we can still activate phones without VoLTE on Verizon MVNOs, but not on Verizon Postpaid or Verizon Prepaid. At the end of 2019, by the current schedule, you must have a VoLTE capable phone even on VZW MVNOs.

In my opinion, Verizon is seriously screwing up this transition, since it requires a lot of effort to find out whether a phone is VoLTE capable on the Verizon network. (It's possible for a phone to be VoLTE capable on T-Mobile's network, and not capable on VZW.)

There is a Verizion VoLTE check tool now, but some report it isn't always accurate. And it doesn't help if you don't already have the phone in hand to get the IMEI.
https://www.verizonwireless.com/prospect/bring-your-own-device#/checkDevice

Boom Mobile (a VZW MVNO) has a list of phones they've confirmed are VoLTE capable, and the site says it will be updated.
https://support.boom.us/153620-HD-Voice-Compatible-Phones?r=1
(Watch out for models with asterisks, since only some variants are compatible. eg, the Moto G4 Play listed as compatible is the Verizon-branded version: the factory unlocked version is not VZW VoLTE capable.)

If you're concerned with Verizon compatibility past the end of this year (for a new activation), this makes picking a phone a lot tougher-- especially if you're the type that plans on keeping a phone for a longer period.
From the suggestions linked in this thread, only the Moto G5/G5Plus is confirmed on the Boom site as Verizon VoLTE capable. The factory-unlocked Moto E4 Plus appears compatible, while the unlocked E4 is not.

[EDIT: to add: although the Boom Mobile site does not show the unlocked Moto E4 as VoLTE compatible, the Verizon page linked in the next post does show it as compatible. It looks like the Boom page hasn't been updated in a while.]

The current "fly in the ointment" for getting a new (or new to you) all-carrier phone is Verizon's move to VoLTE only.
........

From the suggestions linked in this thread, only the Moto G5/G5Plus is confirmed on the Boom site as Verizon VoLTE capable. .

Just ran across this Verizon list of unlocked devices certified to work with VoLTE.
https://opendevelopment.verizonwireless.com/device-showcase?count=0&deviceType=Smartphone

Much to my surprise, the Orbic Wonder mentioned earlier in this thread is included as VoLTE certified.