I have the Raspberry Pi4, which is certainly functional as a desktop PC, and the Pi 400 is supposedly even faster, not to mention the Pi 4s can now be booted and run strictly from a USB disk or external SSD with no SD card needed, which greatly speeds things up.Not bad for $70, and the money goes to a good cause--education. Great idea building it into the keyboard (assuming it is good)

Wondering how spill resistant it would be.

Wondering how spill resistant it would be.

Probably not much, but if a spill just borked the keyboard and not the motherboard, one can just plug in another keyboard. Apart from the Pi 400's more powerful processor and it's native cooling properties, properties which can be addressed on the regular $55 Pi 4, its advantages are debatable, although the regular Pi 4's additional costs of adding a fan, heats sinks and a case for $8 to $10, now totaling about $65, makes the 400's $70 price shine given the more powerful processor. Prices have certainly come down from 40 years ago but according to this description, they don't seem to have improved much:

For just $199.95, you can get a complete, powerful, full-function computer, matching or surpassing other personal computers costing several times more.

Apart from cheap price and its comparable performance during its time, I think the Raspberry Pi and other mini computers, like our phones, have done a good job in producing a small and relatively inexpensive device that it quite powerful compared to other similarly priced devices. That said, I think the original learning, programming, and tinkering allure of the Pi's has somewhat been lost with the focus on the desktop features. After all, one can get a Chromebook for $100+ that has all one needs and can do arguably more than the Pi400 at $70.

Yet it's hard to beat the cost and performance of the $5 Zero Pi, which is almost small enough for a person like Bill Gates to implant it in people unawares.:huh: Personally I would never consider this as a desktop PC. Because to me, a desktop means an X86 based system capable of running Windows.

Personally I would never consider this as a desktop PC. Because to me, a desktop means an X86 based system capable of running Windows.

I think Apple and Microsoft would expand this definition to include their ARM powered PCS, including MacBooks and iMac PCs. 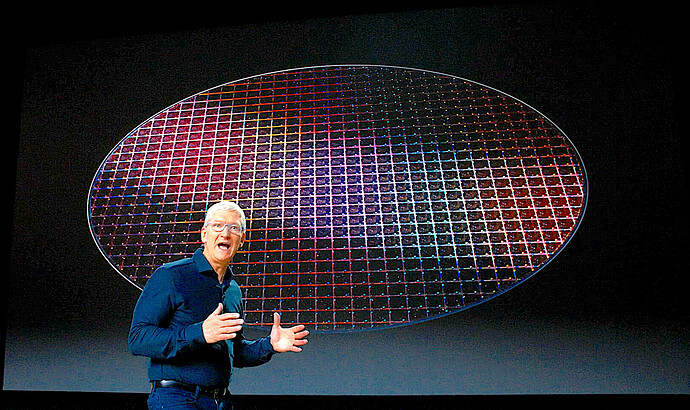 Exiting x86: Why Apple and Microsoft are embracing the Arm-based PC -...

Exiting x86: Why Apple and Microsoft are embracing the Arm-based PC - SiliconANGLE Since the Raspberry Pis can now run from a SSD or USB drive, which significantly improves performance, it would be interesting to run the test again without the SD card being used. But a SSD drive would significantly add to the price of the Raspberry Pi, though one could recoup some of the added expense by saving on electricity costs over the long haul. 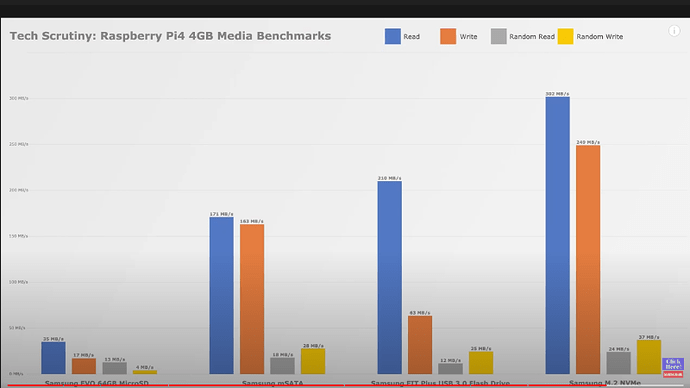 My personal regard for the Pi devices is that of interested curiosity, and thus I intend to keep watch on that line as well as other tiny computers.

Also, I tend to compare such devices with my earlier Android ambitions, which taught me of the strong need to learn of limitations BEFORE trying to make such little things act like bigger things (which they are not).

Thus far it seems as if the latest child of Pi is very good at some things, and might be very useful for real world applications with a need to be always-on.

By way of comparisons & looking forward, perhaps=>
Given how notebook PCs can be as powerful as desktop PCs, and taking into consideration how small that smartphones can be as well as things like the Pi devices, it seems most likely that someone, someplace will focus upon making the full power equivalent of a desktop PC into something that can be carried in a pocket rather easily - and be useful via having ways to just plug it in via HDMI, USB, etc. .

If/when something that versatile comes around for maybe $100 - and is also very frugal in its power consumption somehow as well as its ability to host whatever OSes its users desire, well...
I'd aim for buying that as soon as it was shown to be mature & reliable !!

PS:
Over the course of recent decades I've also learned NOT to be an early adopter when it comes to tech gear.
This is easily demonstrated just via the severe limitations of Android 1.x vs. how much better that OS got by when 4.x arrived.