Perhaps the most remarkable finding in PRRI’s poll was a tangible demonstration of the way in which Black and White Americans differ. Poll respondents were asked whether they agreed with two slightly different phrases:

According to polling, "only 17% of Trump supporters reject the outlandish claims" of QAnon's central idea that elite Democrats run a sex-trafficking ring and that Trump is working to expose it. 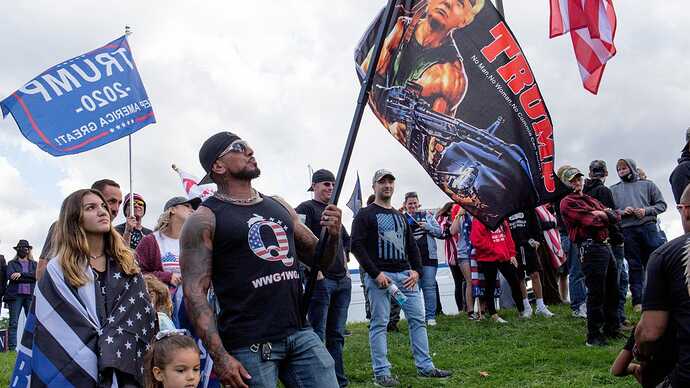 We already knew that Republican voters live in an alternative world, in large part thanks to Faux News, but this just goes to show the extent to which Trump and Putin have taken their gullibility to ridiculous levels via facebook etc.

We have all seen cults before of hundreds, maybe thousands and maybe even tens of thousands of people. But this takes it to a level that I don't think anyone has grasped because it is unfathomable. We're talking about tens of millions of Trump cult members here.