While Trump was busy complaining about black people exercising their first amendment rights, and talking to Wall St and shipping companies about Puerto Rico's debt and ports, he abandoned 3.5 million people. According to the military man who fixed Katrina, Puerto Rico is far worse than Katrina.

This is very serious and Trump has dropped the ball on this bigly.

[i]Honore, who retired in 2008, said Buchanan was the right man for the job, but thought the appointment came too late.

“His (Buchanan’s) headquarters exists 365 days a year, just for this mission,” Honore told CNN on Thursday. “It took us eight days to mobilize him to tell him to come do it.”

The Louisiana native said if given the command, he’d move 50,000 troops to Puerto Rico, where he said the devastation was worse than what New Orleans dealt with after Katrina.[/i] 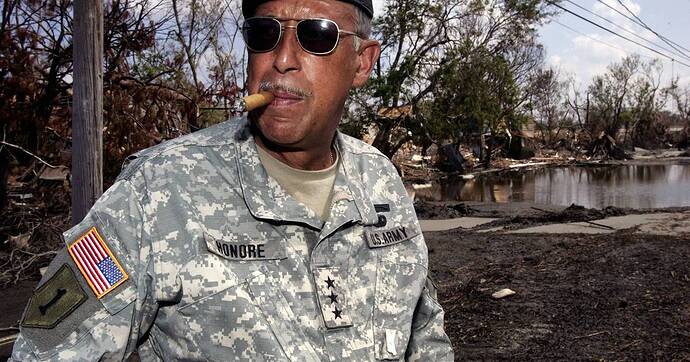