So if I should suddenly die, my phone will continue to respond to people, until it dies, as if I'm still alive, and the phones of two people who suddenly died could keep communicating with one another until one of phones ran out of juice. Wow, if one's phone was plugged into a charger when one died, one could live on for some time, yet making it to that haircut appointment or showing up at that dinner reservation would be out of the question. I guess we're getting close to some feeble form of eternal life where we live on digitally. I've seen situations in movies where someone dies and a surviving loved one keeps listening on their phone to the last message received from the deceased, ad infinitum.

"Bloomberg reports that the new device under development is intended to free users from their phones. It would have a small screen and be controlled primarily using voice commands, while a built-in AI agent would mimic the owner, automatically responding to emails and text messages and booking appointments on their behalf."

"Free users from their phones". I'm all for freedom, and there are obviously many people who need to be freed from their phones. But do people really want to be mimicked by their phone's AI. Given that when I look at some of Google Voice's
transcriptions of caller messages, and it appears that a crazy person or confused AI person just called, it seems clear that there is a long way to go before we won't be able to tell a real person from an unreal one. But it's amazing that we laugh and cry at the mimicry of actors in movies as if the characters were real, when we know that movies are unreal and make believe. At the end of the day, I suppose AI is just another human tool or artifice, for better or worse. 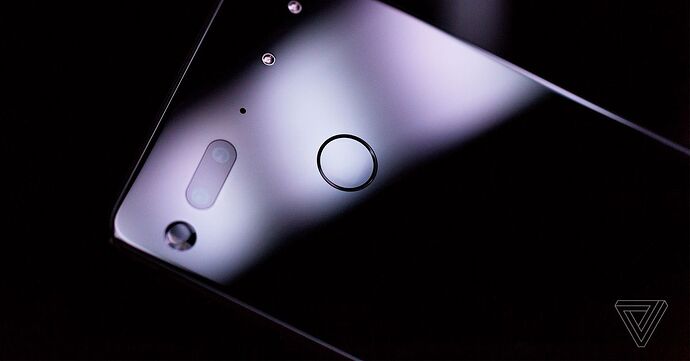 Andy Rubin’s Essential is reportedly working on an AI phone that pretends to...

The device, still under development, is supposed to respond to texts and emails on the user’s behalf 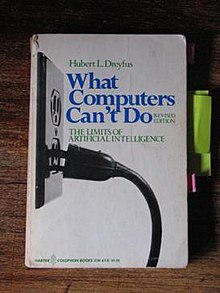 Hubert Dreyfus was a critic of artificial intelligence research. In a series of papers and books, including Alchemy and AI (1965), What Computers Can't Do (1972; 1979; 1992) and Mind over Machine (1986), he presented a pessimistic assessment of AI's progress and a critique of the philosophical foundations of the field. Dreyfus' objections are discussed in most introductions to the philosophy of artificial intelligence, including Russell & Norvig (2003), the standard AI textbook, and in Fearn (200...

And would freak out the alive person and make them cry

If we clearly grasped the concept instead of fearing 'death' - then we'd also have a clearer grasp of living.

If we clearly grasped the concept instead of fearing 'death' - then we'd also have a clearer grasp of living.

And similarly---"I think of death only with tranquility, as an end. I refuse to let death hamper life. Death must enter life only to define it."
Jean-Paul Sartre

I'm currently rereading a series of books that centers upon a people who are joyous about this subject, and when their time comes, they often smile and say that they've "been called back to the Presence".

This agrees very closely with how I've viewed this part of our life cycle for a very long time.

We went through Florence and just went through Michael. We are giving thanks that we are still alive and well . we are also shellshocked .I'm trying to communicate with power down and find tracfone will not send mms or allow downoloads, I'm stuck while power is out. any workarounds you guys know of?

I imagine that it's not 'technically' Tracfone, but the carrier itself that is limiting data (Verizon, AT&T, etc.). MMS requires data, while SMS (plain text, to a single recipient) does not. If possible, try to use SMS (no attachments, pictures, etc.) .
(I don't think this will work, but just spitballing...... if you need to send pictures or docs, you could try uploading them to Google Drive, and sending your recipient a link to view it. But if downloads are blocked, it's likely uploads are as well.)

As an MMS alternative, you might try sending via Google Voice instead if you have it. GV uses data for both sms and mms, but perhaps it might not be blocked the same? (Of course, if you don't already have GV, using it requires downloading the app, which makes it unlikely unless you can find WiFi somewhere......) (Another messaging app like Textra might do the same thing, and I know some folks use chat rooms or something similar to stay in touch with family, but not much use for business.)

While you're stuck in areas with limited cell service.... I've enjoyed both text.npr.org and lite.cnn.io as ultra-low bandwidth news sources. The NPR site has existed for years, while the CNN site was a direct response to trying to keep storm survivors in touch with a news source.

@als--- One addition to what KentE has said, which pretty much covered all the bases, is if you can find a kind person with a phone that is receiving data well, and has unlimited data and hotspot ability, perhaps they would allow you to connect to their wifi for a while until power is restored. Also, maybe there is a shelter not too far away that has some sort of wifi capability. If you can look at them, the emergency apps linked below might be of some help. Good luck. 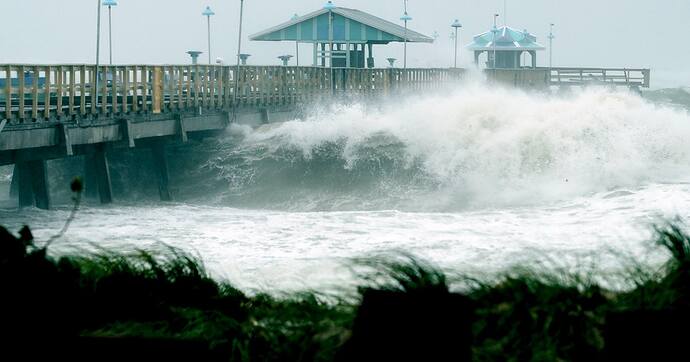 Emergency Apps You Can Use Without Wi-Fi During A Disaster

During a national disaster, contacting someone for help can be tricky. Luckily, in the digital age, there are emergency apps you can use without Wi-Fi, or cellular data, during a disaster. While some of these apps are also great hacks for free…

Thanks, Isamorph, for the article including mesh cellphone communication. I had read something about this at the time, and it fell out of my head since.
A very intriguing concept to me-- relying on short-range hops between phones via bluetooth or WiFi. It reminds me of the emergency relay system that ham radio operators have used for years. With enough users (and ignoring data capability limitations of individual phones), it seems it would be possible to keep 'hopping' a message outwards from an affected area, until finally reaching a phone that had cellular connectivity to send it on. Without digging deeper, the article looks like perhaps only FireChat has the capability (and only within a pre-defined group of users).

I saw the below statements in a news report this morning. So if, for some, internet and telephone service was restored late yesterday, then maybe @als will now have more success with his phone, depending on where he is.

"Except for the emergency 911 system, authorities in Bay County, the epicenter of the disaster, were virtually without telephone or internet service until late on Friday, making communications internally and with the public difficult."

"She said local television stations were knocked off the air for two days, and authorities were relying on the Gulf State College radio station to transmit public service bulletins."

Ah, just remembered I forgot one low-bandwidth communication option that has been mentioned here a few times-- Facebook Lite. Seems better suited for staying in touch with friends & family. Chelle has mentioned it several times as being 2G capable & sipping data. At the time, I think it wasn't available in the US Google Play store (and had to be sourced and side-loaded), but it appears available now. I'm not a facebook user, and I know many aren't comfortable with it now-- but maybe a good idea to set up as an emergency 'bulletin board'.