'My battery is low and it's getting dark': Mars rover Opportunity's last message to scientists

"Opportunity" had a good run and she lived well beyond her predicted life span, probably due to inspiration from the energizer bunny. However, she finally was felled by a vast dust storm, and transitioned gently into that dark night.

Who knows what the afterlife in space is like for data people, and one can only speculate that Opportunity will meet up with long deceased "Hal" from "2001" and other like minded data explorers where they can share their data with one another.
At least Opportunity died from natural causes, unlike Hal, who was murdered by a human. It was rumored that Elon Musk was going to rescue Opportunity. 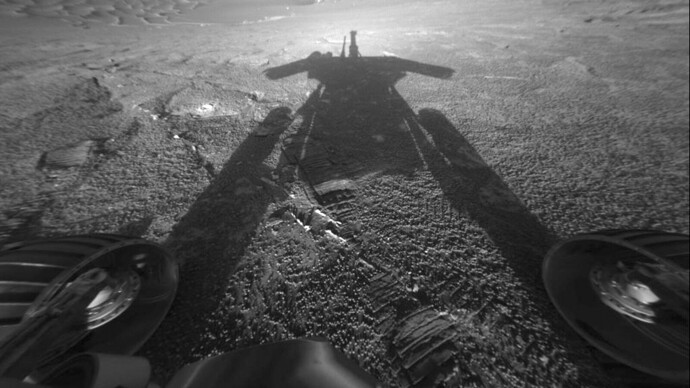 'My battery is low and it's getting dark': Mars rover Opportunity's last...

NASA's Opportunity Mars rover was built to operate for just 90 days, but kept going for 15 years. NASA officially declared it dead on Wednesday, and its last message to scientists before it went dark eight months ago is getting a lot of attention.