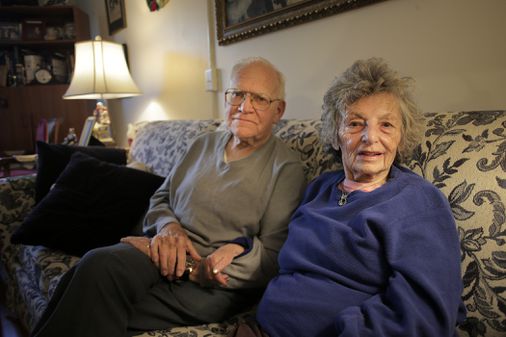 Amazing that they weren't asked for alternate identification. I wonder if they had any.

I think they'll get their refund eventually. The cruise line said they'd get their bags back in time. They relied on that information to not think of the alternatives themselves.

Additionally, I wonder if it was proper procedure to take their bags without confirming they belonged to somebody who had identification valid for travel. They then sailed with those bags. What happened to security here? Could a terrorist walk up to a cruise line check in area, have their bags taken on board and then leave the port?

One would think that this is far from the first time that someone accidently left their passports in their luggage., and you would think there would be signs or verbal warnings to make sure not to leave passports in the luggage. Moreover, the company told them they would have their luggage before the ship sailed, and failed to do what they promised. Well, at least this elderly couple did not die from a norovirus.