Along with the new iPhone-only sales strategy, Virgin Mobile is launching a new promotion with its $50/month Inner Circle plan. If you buy a new iPhone through Virgin, you’ll get the first full year of unlimited service for just $1. After the first year ends, the monthly fee will return to $50. 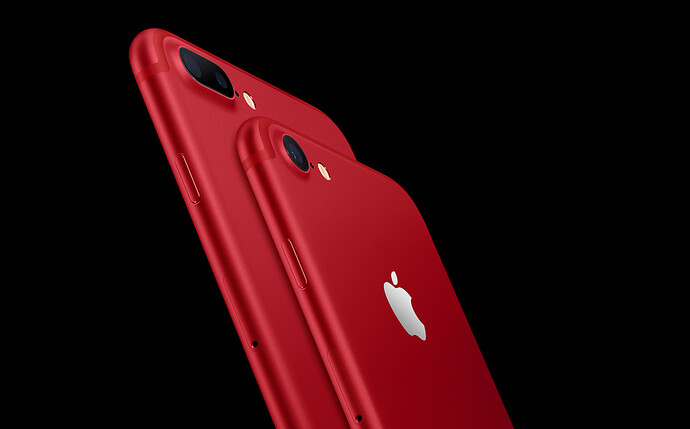 A US carrier just announced that it won't sell anything but Apple's iPhone...

The iPhone is obviously one of the most popular gadgets of all time, and as the single most dominant force in smartphones today, putting all your chips in the iPhone basket isn’t a terrible strategy. At least that’s the thinking behind Virgin...

That is a nice deal. Thanks - better than jumping through the hoops with the sprint offer.

The companion ticket for the UK flight might come in handy. Planning on visiting next year.

I could probably sell my 6S for $300 and drop down to a 6 or SE and basically get free service.

Probably $5 of taxes/fees a month. Anyone any idea what they will be?

Remember vm puts software on the phones they sell.

I was trying to encourage a family member to take the Sprint free offer but now think this may be a better deal.

The one problem I see is that he wants to get a new iPhone 8 when it is released and that may not fit with this.

It would be possible with the Sprint deal but certainly, that would be the Sprint model. Without knowing what the specifics will be on the different models it is hard to say whether that is a real negative or not. In general, it certainly would be better to get the sim free model but compared to getting service for free from October 2017 through June 2018, it may not be worth doing that.

I think the real problem with Virgin Mobile software was mainly associated with phones sold at subsidized prices and thus locked to the carrier.

That probably is less a concern for the phones in this promo. However, it looks as if the unlocking policy has not been updated recently and probably one should check directly with the carrier on this issue before signing up.

Interesting development. It seems to address one of the lingering questions about how Sprint would reposition several prepaid branches to give them their own identity.
It also raises the interesting question of who is subsidizing whom in this arrangement-- it seems possible that the table has turned.

Remember vm puts software on the phones they sell.

Please confirm this is the case for iPhones?

I second the Domestic Unlock/Locked policy question since users are paying full price for the iPhones.

If you decide life in the Inner Circle isn’t for you, no problem. We’ll miss you, of course, but we don’t ask for a commitment, and we mean it. Simply send your iPhone back within 14 days of purchase and we’ll give you a full refund. If you’re past the 14-day mark, you’re free to take your iPhone elsewhere.

This suggests the phone is either unlocked or will be unlocked if you decide to go elsewhere.

The offer is also covered and discussed at Prepaidphonenews.

HoFo has a thread on it as well.

Apart from what it stated on the website there does not appear to be any confirmed additional information available. The Apple Store did not have any reference to the offer as of an hour ago. That may change as June 27, 2017 approaches.

I seriously doubt virgin would provide unlocked phones. Their unlock policy says 12 months needed for a DSU. They are providing a iphone SE 32gb for $279.99 when the apple store sells for $399. Subsidized phones are never unlocked. Still most likely you would want to keep for 12 months since it costs $1 for service anyway!

I don't think there are additional carrier apps on iphones.

I tried to see if it was possible to get answers from Virgin Mobile but both the email and phone option appeared to require an existing account.

Whether one buys a phone from Virgin Mobile itself or gets it through the Apple Store the real issue is what happens once the sim is activated. That will trigger the activation policy. At that stage, Apple would be able to indicate what the policy actually is or one could go the GSX route to get that information.

The 14-day return policy would be sufficient to extricate oneself at that stage or to obtain a written statement from Virgin Mobile as to what exactly happens after the 14 day period in terms of being able to use the phone freely elsewhere.

The other thing that is unclear is whether the hotspot function will work. If it does, I would be tempted to do what you mentioned, sell my existing iPhone and move to the SE.

BTW I put in some dates for travel next Spring from New York to London on Virgin Atlantic and kept getting messages that there was no availability. I have used that carrier several times before and had good experience with it.

PC World claims the phones can be unlocked by calling Virgin Mobile and that the carrier has confirmed that.

"We also verified that Virgin Mobile is selling these iPhones as unlockable phones. According to multiple company spokespersons, if you buy the phone from Virgin, it comes locked to the carrier for “fraud-prevention reasons.” However, Virgin Mobile says you can easily unlock it at any time by calling customer service. You may also return the phone to the carrier within 14 days of purchase."

PC World claims the phones can be unlocked by calling Virgin Mobile and that the carrier has confirmed that.

"We also verified that Virgin Mobile is selling these iPhones as unlockable phones. According to multiple company spokespersons, if you buy the phone from Virgin, it comes locked to the carrier for “fraud-prevention reasons.” However, Virgin Mobile says you can easily unlock it at any time by calling customer service. You may also return the phone to the carrier within 14 days of purchase."

That makes it an even better deal.

Wonder how much runaround folks will get from clueless reps when trying to unlock...

Call and request the unlock on day 1 and escalate to a supervisor if you do not get a commitment of time to complete. If not done within a week send a written reminder and ask for instructions on how to return the phone.(this would be easy to do if you buy from Apple).

If the matter drags on beyond 14 days there is always the FCC.

Like any "deal" where the details are not in writing there is always a risk. However, by using the 14 days window one should be able to try this out. The only real problem is the requirement to port in a number. If one is unsure about the deal, it is probably better to avoid using an "important" number and having it stuck for a while.

Since this is an attempt to create a new version of the brand, if Virgin Mobile tells you on day one it will unlock the phone, I would be surprised if it failed to do that--word would spread quickly and the new brand would be tarnished.

Also, it will run for a while so one could wait until reports of how it is working appear. Odds are some will try to unlock the discounted phone on day 1 and report their experience.

Can you byod a Android to vm for this deal?

Only selling iphone. Does that mean they wont accept byod android?

Also they still use sprint. That was my main issue with vm

So no more byod?

What if like me you bought a Android Samsung from virgin mobile and I want to go back. They will refuse?

What if I never left they would kick me out?

So no more byod?

What if like me you bought a Android Samsung from virgin mobile and I want to go back. They will refuse?

What if I never left they would kick me out?

I think if you already had an account you can remain on whatever plan you had. However for new activations it is only iphones. You are better off elsewhere anyway!

If tmobile did this ie metropcs I would be all over it. Cellnuvo is perfect for my sprint needs.