If Saturn is creating "music" or sound via plasma waves and no one (a human) is there to hear it, even if a human was capable of hearing it, is Saturn actually making sound. That would be a yes, according to physicists, in that sound is certain wavelengths of energy, most of which the human ear cannot detect. So the interesting sounds that Saturn is producing may be misconstrued in translation, but I must say the translated sound is pretty close to what I imagined plasma waves would sound like.

"NASA said researchers converted those plasma waves into an audio file “in the same way a radio translates electromagnetic waves into music.”" 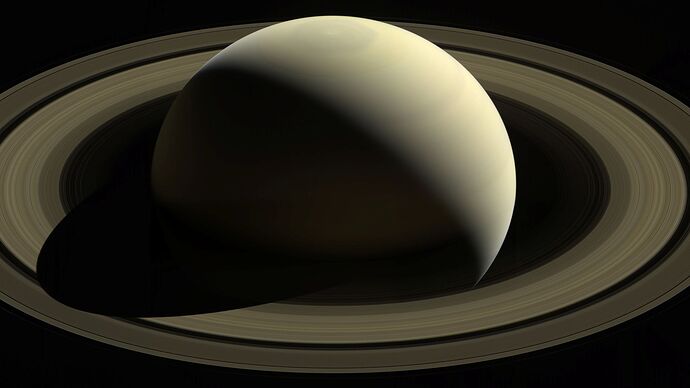 Space music at its absolute trippiest.