My Experience with FreeUp Mobile (the competition)

I got the sim and have been using it for almost 2 months. Its a mixed bag. The surveys are way too long and often times you get 5 min into it and then it tells you that you don't qualify. I think I've only been able to do one survey. Where I do make money is you can print one coupon a day and get 24 cents for that alone. So if you do it every day you end up getting about 7 bucks off your 10 dollar bill. Also I had one person use my link to sign up so I get 1 dollar on the first of every month for that. So that takes 8 bucks off my 10 dollar bill which seems like a good deal. The coverage is ATT and the sound quality is good (they don't use VOIP but regular cell signal for calls. At first I was not getting any credit for printing the coupons (which you can use at the grocery store to save even more) but then after about 2 weeks I figured out that it was my Ad Blocker (U Origin) that was blocking something that kept me from being credited. Once I turned that off I started getting the credits. Their web site says you can 'watch videos to earn credit" but that is not the case. You either take surveys, print coupons, refer people, or use their link to shop a some selected stores to get credit. All this considered, I would recommend it because in large part, you can print one coupon for 24 cents in about 10 seconds, but earning the same 24 cents with CN could take 50-75 swipes and much longer than 10 seconds. If anyone would like a link to sign up and get some bonus credit, PM me and I'll send it to you.

This is great & useful info Frasier1, thanks for sharing it here.

To start with...
The FreeUp Mobile site is very goofy & browser fussy...I tried it with 3 of my browsers before landing in one that would even allow it to display in my PC - it seems to be flash based or the like.

Their starter plan is quite attractive for low use folks like ourselves, but:
I am still very slowly weaning myself off of Tracfone's remaining balances & then have a RedPocket 1 year activation sitting unused, so it looks like I'll just keep an eye on this provider to see how well they do & IF they are actually able to stick around.
I'd be the only user of it here anyhow simply because my partner simply wouldn't participate in such a thing, AND her GSM usage is limited by her device being very minimal & 100% locked to TF; so, if/when I am able to use up my allotment she'll be using up the last of the TF cheapie deals we have in reserve.

Comparing this to CN - well, I'm truly not super impressed with CN on the whole.
Also, I barely bother with the phone I use for it - too many swiping failures & limitations & other goofiness, besides not having any Verizon backup coverage (like what we get from Twigby that works incredibly well).

By way of historical perspective if anyone is interested a'tall:
When we got into the old rp it was a huge help for us after consumer cellular had hugely over-billed us & we had ZERO cellular anything at a time when we'd been forced into a housing change, mid-winter & had to use borrowed funds to cover that.
Now, after 2 1/2 years, we've almost recovered from that wounding, and given the choice between the cost of 2 minimal Twigby lines along with the practically free TF stuff that I spent one afternoon collecting for our GSM coverage - it makes this kinda-sorta 'free' stuff less attractive than spending my efforts on other things.

Seems okay if you want to go with the $10 plan. But that one only has 100mb. I can see many people wanting a higher priced plan.

My main concern would be that 24c a coupon is very generous and is unlikely to be sustainable. It would concern me that it seems there are few ways to earn money with freeup. What about searches? or the other things they mention? Seems like it would be good if you are looking to cut your bill rather than make it free. Their prices are decent enough. Competition is good so I hope they keep going.

Thanks for the update.

-IF- we needed this, the lowest offer would be OK because we are non-data users.
(Worst case might be having to add some funds for more minutes, but even that would be unlikely...)

Frasier1's review of Freeup Mobile, even with the drawbacks he mentions, makes it a tempting option, especially since there is excellent AT&T coverage in my area. The $25 unlimited talk&text+1GB data plan even looks reasonable if one can knock at least$ 7 a month off just by spending seconds a day printing an ad. Freeup has some decent tutorial videos on you tube. I might try it out when needed in the future. 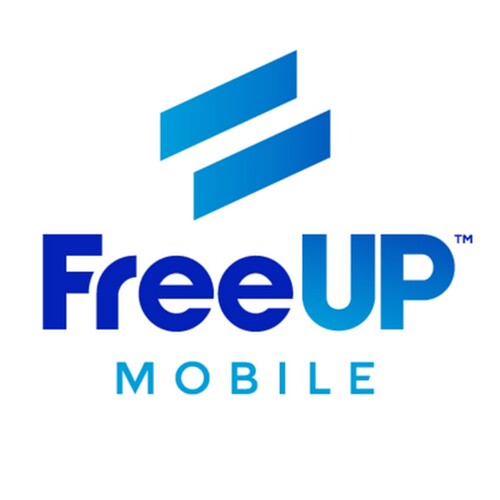 Share your videos with friends, family, and the world

Frasier1's review of Freeup Mobile, even with the drawbacks he mentions, makes it a tempting option, especially since there is excellent AT&T coverage in my area. The $25 unlimited talk&text+1GB data plan even looks reasonable if one can knock at least$ 7 a month off just by spending seconds a day printing an ad. Freeup has some decent tutorial videos on you tube. I might try it out when needed in the future.

Why not get the Amazon redpocket plan with same allowance for $17 per month total $204. Free with cellnuvo payment

That would be a great alternative if one could be guaranteed 24 cents in less than a minute everyday while swiping on CN. As Frasier1 said: "All this considered, I would recommend it because in large part, you can print one coupon for 24 cents in about 10 seconds, but earning the same 24 cents with CN could take 50-75 swipes and much longer than 10 seconds."

It seems important to point out the one main difference between using FU (hah !!) & CN:
With CN you do NOT pay up front - but with FU that is a given.

Therefore it seems bit off-center to call it 'free' when the correct description is that IT CAN BE -made- to be free, but ONLY after the user pays FIRST.

(OK, so maybe a better acronym for it could be FUM - but I like FU better !!)