"Nirmal Mulye, CEO of the small Missouri-based drug company Nostrum Laboratories"
Normal Mules in Missouri are stubborn but moral, and they don't care about making a lot of money. That's why they often refuse to work and wish to take it easy.

Mr. Mulye is quite right about being in business to make money. Morticians, crematory companies, coffin makers, and many others who profit from the dead or dying need to make money, and no one accuses them of being jackasses. Mr. Mulye may have been influenced by the "The Protestant Ethic and the Spirit of Capitalism" and is working hard to get into heaven. 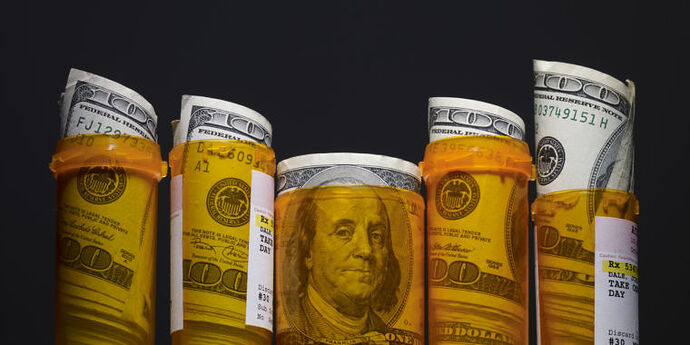 He raised price of essential antibiotic from $475 to $2,392, then defended Shkreli. The Protestant Ethic and the Spirit of Capitalism

The Protestant Ethic and the Spirit of Capitalism (German: Die protestantische Ethik und der Geist des Kapitalismus) is a book written by Max Weber, a German sociologist, economist, and politician. Begun as a series of essays, the original German text was composed in 1904 and 1905, and was translated into English for the first time by American sociologist Talcott Parsons in 1930. It is considered a founding text in economic sociology and a milestone contribution to sociological thought in gene

Wow.
Makes me glad that we have no use for ANY pharma trash here !!!