Just because this judge has a position sitting on the bench, it doesn't follow that she can use it as a battering ram. I suppose this judge will not be brought before the bench for willfully destroying public property, although her judgement may be called into question for thinking that a court house would not be a place that is secured 24/7 7 days a week, and that someone doing a security check would not come by and free her in a reasonable amount of time, which is evidently what happened. Given that this took place in Oregon, mitigating circumstances might be applicable in this case. 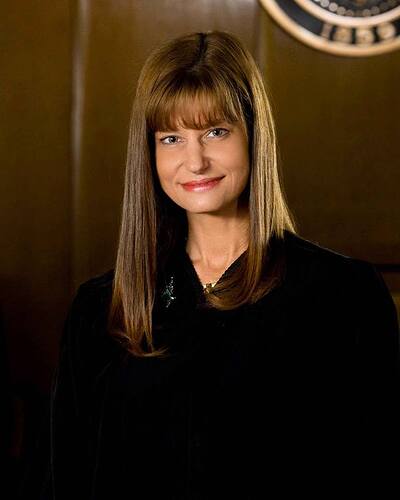 A judge in Oregon used a bench as a battering ram to break free from a locked courtroom, causing about $3,000 in damage, a report said. 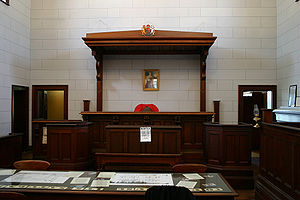 Bench used in a legal context can have several meanings. First, it can simply indicate the location in a courtroom where a judge sits. Second, the term bench is a metonym used to describe members of the judiciary collectively, or the judges of a particular court, such as the Queen's Bench or the Common Bench in England and Wales, or the federal bench in the United States. Third, the term is used to differentiate judges, who are referred to as "the bench", from attorneys or barristers, who The h...

How embarrassing for her. Too bad the state of Oregon won't take her up on her offer to pay for the damages. I'll bet she won't be going in on Sundays any more after this!

How embarrassing for her. Too bad the state of Oregon won't take her up on her offer to pay for the damages. I'll bet she won't be going in on Sundays any more after this!

Yes, embarrassing. She will have to smile for a while at all the ribbing sure to come her way. I guess the lesson is to keep your phone ready to hand at all times, as if we don't do that enough already.