Invest Today Get a nifty Return, if you trust analysts

Can you trust the "Wells Fargo"analysts when they say T-Mobile will buy Sprint?

T-Mobile to acquire Sprint, not the other way around, says analyst firm

You certainly can trust the analysts, but would you want to?

Here is a lower risk strategy to test their theory.

Max profit is $1 or an annualized rate of almost 32% and the stock needs to fall by over 20% for a loss to be realized.

Can you trust the "Wells Fargo"analysts when they say T-Mobile will buy Sprint?
T-Mobile to acquire Sprint, not the other way around, says analyst firm

It makes sense to me. Just like 3 years ago AT&T acquired Cricket Wireless and converted it from a CDMA system to a GSM system and we have seen its growth exploded. Sprint's most valuable assets is its collection of spectrum that can be used for deployment of future 5G technology. In addition, CEO of SoftBank indicated recently that he will loose his grip on Sprint when it comes to a business decision. He needs cash to pay down SoftBank's debt. 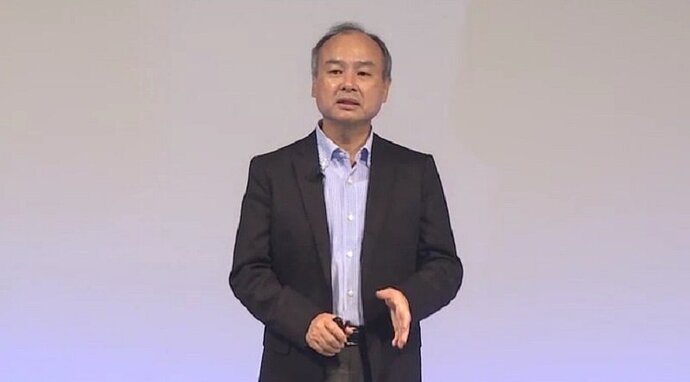 SoftBank could give T-Mobile control to secure Sprint deal

You certainly can trust the analysts, but would you want to?

Here is a lower risk strategy to test their theory.

Max profit is $1 or an annualized rate of almost 32% and the stock needs to fall by over 20% for a loss to be realized.

Looks like a good risk aversion strategy. Not really fully understanding, but having glanced at the process, it would appear that such an option transaction could probably be done for $7to$8 through such a place as Scottrade, if done online without broker assistance. If not, one could just buy whatever amount of shares of Sprint common stock for a $6.95 fee through Scottrade, and at $8to$9 a share, buying a small quantity of shares would not be all that risky either. But can we count on Deutsche Telekom to play ball and pay the predicted amount?

The first paragraph in the report cited in your post states the analysts have changed their mind since last year as to which company would be the acquirer. If that is not a sufficient red flag then the fact that their "trade' offers such a dramatic return should give one pause.

That being said, a merger between the S and TMUS does seem like a reasonable bet.

If one wants to make such a bet there are a variety of ways to do it each with its own risk/reward profile. The simplest is to buy S stock. There one would benefit fully from any increase in price and equally, lose dollar for dollar if S goes down.

Another way to do it is with options and here there are countless possibilities. The simplest is to buy a call option (for whatever month one thinks the merger will be announced). If one is wrong the most one can lose is the cost of the option. If one is right the potential gain is unlimited, like the stock, but minus part of the cost of the option (the "extrinsic value" which yesterday for the $8 for November was about $1).

The particular trade I mentioned (purely as an illustration of an approach and not a suggestion for action) would be a conservative way to make the bet. One would get a very attractive return if the analysts are right and (depending on the commissions one pays) might actually not lose a penny even if they are wrong unless S fell by 20% or more.

I am not familiar with Scottrade's preferred commissions (brokers have special rates for regular customers) but at the rack rate, the trade would cost more than you estimate. First, there are 3 positions, each of which costs $6.95 and then there is a per contract fee of $0.7. In addition, option positions often need to be closed or are assigned as opposed to simply expiring so there could be additional costs as well. Of course if one did more than one contract (the equivalent of 100 shares) the unit cost would drop very quickly. For active retail traders in options, the actual commission costs would be a small fraction of these amounts and certainly not a major consideration.

If the "Wells Fargo analysts" mentioned in this article includes Jennifer Fritzsche, be forewarned. She has a love for all things Sprint.