B) "A Hog is the iconic motorcycle for baby boomers, but they don't make baby boomers anymore." And, I might add, their numbers are dwindling daily. All is vanity. HD dust in the wind. 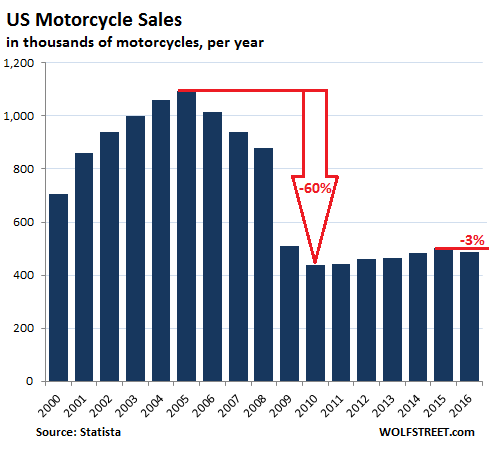 Trying to manage a structural decline in a terrible industry. 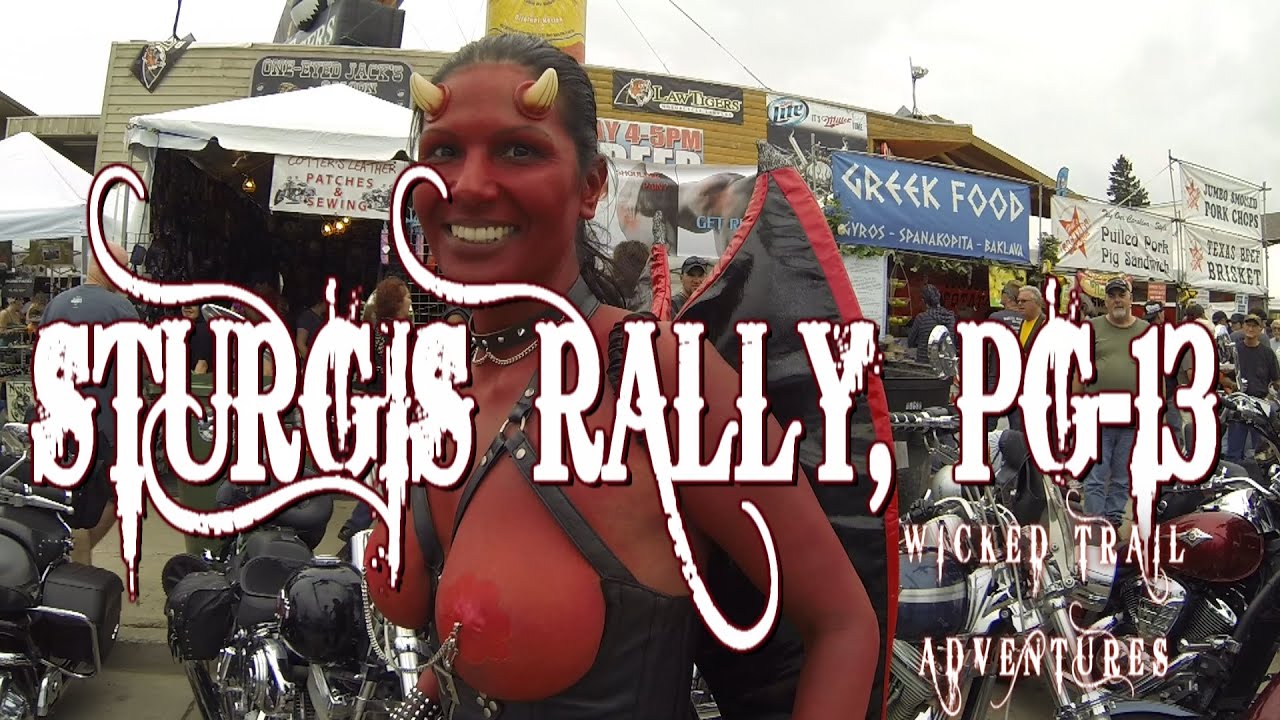 It is true that Harley Davidson is a real icon. Baby boomers are indeed disappearing but not as quickly as might be needed to prevent further deterioration in Medicare's precarious situation.

I visited the Harley plant in Pennsylvania years ago and it was really interesting to see how the bikes are made.

Just from casual observation there certainly seem to be far fewer of them on the roads these days.

As to the company stock, it is hard to disagree with the analysis you posted but Mr. Market is not that pessimistic. Indeed if you you look out to January 2019, HOG is not seen as being much riskier than GM and is viewed as less risky than Ford.

Oldbooks1 wrote: "Baby boomers are indeed disappearing but not as quickly as might be needed to prevent further deterioration in Medicare's precarious situation."

Indeed. If the WWII generation had not lived in such a vibrant post war economy, they probably would not have reproduced at such an alarming rate, a rate that has led to our overburdened Medicare system. The fact that the Vietnam war reduced the number of baby boomers by about 55,000 or so seems to have had little effect in alleviating medicare woes, and the fact that many baby boomers are free spirited and rebellious, this might be the reason that congress people like Mitch McConnell are afraid to mess with the boomer's medicare. To be fair, though, the medical bills incurred by these accident prone gang of Harley riders must be significant, but mandating that they stop riding their Harleys would probably be unwise.

A million years ago I preferred the bike over the car or truck, but always had an ultra reliable sort that the hardly-able-son folks would refer to as a 'rice burner' - as did my 2 closest friends.
We all had nice, quiet rides that never leaked & always started easily.

Just for yuks now & then we'd go to a spot where all the noisy choppers & such would be showing off, stand around for a while talking - and usually got to see some poor shmoo trying to start his noisy oil dripping vibration monster, but getting kicked back so hard as to actually go flying a bit.

After watching the show long enough, we'd don our safety gear carefully while the macho ones snickered & sneered at us, click on our ignition switches, and kick-start our bikes with just our hands for strength, then quietly drive away as the macho guys shook their fists at us.

As a side note, I've always called what those guys do 'voluntary population reduction' because the macho guys are just sure their heads & other body parts are too strong to be squashed when unprotected - and so many of 'em end up with flowery memorials for some odd reason...whilst those of us who also had accidents (but with proper safety gear) are still around today.

Personally - if it was not against the law to do so, it would amuse me greatly to put just one very carefully aimed armor piercing round into the top end of EVERY noise-mobile that seems to enjoy disturbing the peace of others for 'fun' - but that's just me, having to deal with tinnitus 24/7/365 & disliking loud noises tends to make one touchy about that sort of invasion of one's personal space.