"Unsustainable human practices and dietary choices have led to a scenario wherein 36 percent of mammals are human and 60 percent are livestock—meaning only four percent are wild." Perhaps the the human 36% should be classified as wild, thus making 40% of mammals "wild". We need to eats to keep reproducing, after all. But there is no population problem. If we can only find another earth-like planet.... 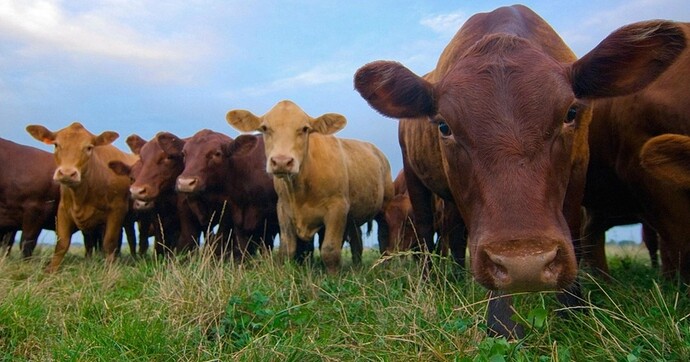 Humans Less Than 1% of Life on Earth, But Have Destroyed Half of Its Plants,...

"It is pretty staggering," said the lead researcher of the new study

Other than being classified as 'live'
much the same thing could be said for volcanoes ........... Mass extinctions and such.
Should we regulate volcanoes? or bomb them into sumbmission as Patton tried?

Other than being classified as 'live'
much the same thing could be said for volcanoes ........... Mass extinctions and such.
Should we regulate volcanoes? or bomb them into sumbmission as Patton tried?

It is true that all forms of life have been at the mercy of uncontrollable environmental and extraterrestrial events from time immemorial, as attested by the several mass extinctions that we are aware of. Volcanic eruptions, meteorite impacts, uber-viruses, and probably other unpredictable events we know not of have done in most life on earth. I suppose the question is: how much control, if any, do we humans have over our future? As some have suggested, humans, like all forms of life, are an experiment in that it not certain that they will avoid the extinction which has been the fate of, if memory serves, 98 or 99% of every animal group that has at one time existed on earth. Tomorrow is a question mark in the unknown grand scheme of things. For now, there is still an abundance of coyotes, ants, lizards, snakes, gnats, quail, and roadrunners, to name but a few creatures, in my neighborhood.