The other day I was rebuilding one of my home servers because of a critical hardware failure. Long story short, the processor I had in the server didn't support virtualization.

Nor did the other one I had laying around. But, my old desktop one did, and it was the same generation (socket 775). But I had no thermal compound. I absolutely own some, but I've moved a few times in the past few years and for as little as I use it, it's easy to lose your tube of Arctic Silver. I realized this at 8:45pm. My local Best Buy closes at 9, and is about a 12 minute drive away. I'm not about to be 'that guy.'

"No problem", I thought. :I'll just swing by my local Frys Electronics on my way home from my in-laws place tomorrow. It's on the way home."

I arrive at said store, and the shelves are basically completely empty. For something as basic as thermal compound, you think they'd have it -- nope. I found where the thermal compound would be, but just saw empty pegs.

So I went to the closest employee I could find, who ignored me standing there for a solid 8 seconds before I asked him.

Aisle 17 was where I'd looked, and they were absolutely out. But they have a bunch of Nest thermostats and water bottles where case mods and RAM used to be.

I went to the Best Buy down the block instead where I was greeted upon entry to fully-stocked shelves and 4 different brands of thermal compound.

It makes me sad for Fry's. I spent hundreds of dollars in that store -- like 15 years ago.

The company is privately held, so there's no accountable stock price. Searching Google suggests this is now just a common occurrence at all Fry's locations. Does anyone know what's going on, or have a good guess?

Amazon. And perhaps not enough DIY people around nowadays. Easier to throw something away than to fix it for most people. 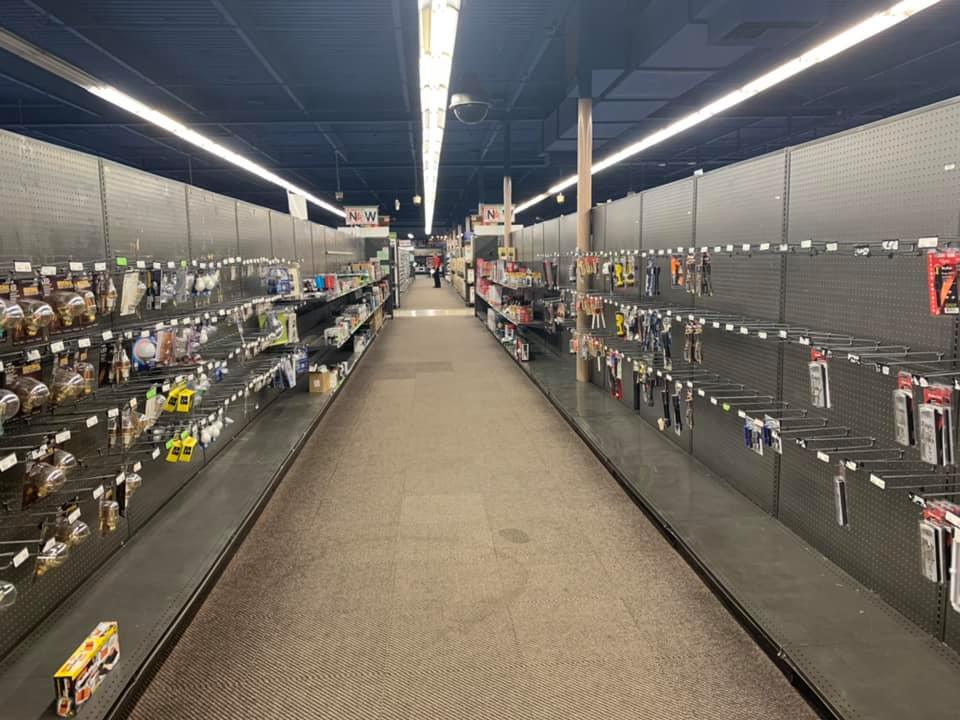 Empty shelves and the closing of its Palo Alto store fueled rumors that Fry's is going under. But the company says that isn't true.

Fry's was the in store. Always busy. Now a ghost town. The graphics were amazing.

Might I suggest a Micro center store. It is far from us ,but worth the trip. They have what you are looking for.

Fry's was the in store. Always busy. Now a ghost town. The graphics were amazing.

Might I suggest a Micro center store. It is far from us ,but worth the trip. They have what you are looking for.