Duels and Ugliness in the Senate

Watch what you say in emails and make sure the Mic is off. 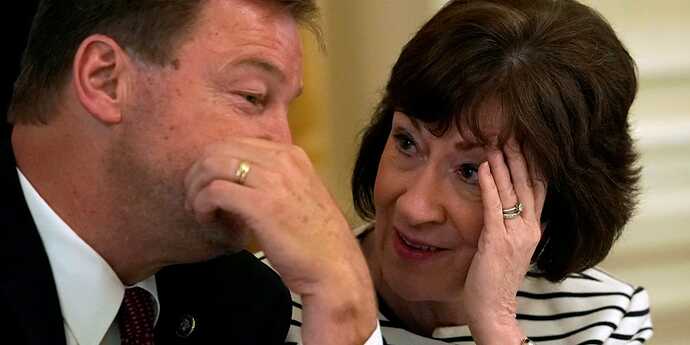 Collins also referred to a photo of the congressman in his pajamas posing next to a woman in costume.

There have been so many hot mic incidents in recent years that one would think people would be more careful in public settings where they can easily be overheard or recorded.

Unless of course, it was not an accident....

More generally the entire system of protocol and appropriate behavior by public officials seems to on the way out.

As far as I can remember it really started with former President Bush calling Chancellor Merkel by her first name in public. To add insult to injury, he pronounced it as an English speaker would tend to do.

During the visit to Vatican City by President Trump and the First Lady, His Holiness asked her if she was feeding her husband a Slovenian pasty called potica. The President's comments on the wife of the French President being in "great shape" seem to be in the same mode.

Who does control the switch on the microphone? Ms. Collins appears to be a savvy congresswoman and perhaps she found a way to counterpunch the ready to duel, ugly duckling congressman without seeming to do so, a stealth punch as it were.

Potica: Sounds like a pastry made with pot. Gotta watch out for a Pope who hails from the birthplace of the Tango. Pizza--- I think I did read something about the Pope being overly fond of Pizza and his doctor advising him to stop eating it. Too bad for Pizza delivery people who had a chance to meet the Pope. To me it seems as if the President engenders awkwardness in many people he publically meets, not only politicians, but also people like FBI director Comey.

Protocol: Not sure, but I believe modern protocol may have originated in the French and Italian courts during the Renaissance, as did ballet. The highly choreographed behavior of dignitaries and royalty exhibited there probably spread to most of Europe, and other countries later followed suit. Apparently time has tarnished this this type of protocol and we are approaching something akin to "freestyle" diplomacy. I've heard that JFK and LBJ exhibited some pretty undignified behavior in the presence of reporters, but not the general public, at a time when reporters thought it best not to publish such things. And Mr. Clinton did some things in private that just about everyone knows about. But as many have said, Mr Trump takes the cake when it comes to unusual and unchoreographed behavior amongst presidents.