So I dont know if something like this exists, but never hurts to ask...

Because I am a strong believer in never throwing valuable things away, I was hoping it was possible to use a dual sim in order to connect to both FreedomPop for their data as well as TruPhone for their free incoming rates.

However, when I tried using my set-up with a N9100 (Dual Sim Note4) both sims were unrecognizable in sim slot 2, but fine in slot 1.

My best guess for the problem is as follows:

TLDR:
Looking for truphone and freedompop on same phone.
Do dual sim phones exist allowing 3G and up on both sim slots?

*** I do not believe simultaneous use is necessary for calling on one and data on the other, however I could be wrong.

Thanks for all the feedback in advance.

Yes. I believe the terminology is "Active Dual SIM" vs. "Stand-by Dual SIM".

In that case, each SIM gets its own radios instead of sharing.

Is your freedompop sim the global sim or the att LTE one? The global one should be recognized in the sim 2 as it can do 2g data. It roams on att and tmobile. The dual sim note 4 has no USA lte bands.

See the freedompop section for dual sim phone suggestions. The oneplus 3, axon 7, and the F8132 Sony x performance are a few that would work.
https://www.nthcircle.com/forum/freedompop/174-freedompop-lte-sim-double-your-data-with-a-dual-sim-phone?start=10#2670

The global one should be recognized in the sim 2 as it can do 2g data. It roams on att and tmobile.

See the freedompop section for dual sim phone suggestions. The oneplus 3, axon 7, and the F8132 Sony x performance are a few that would work.
https://www.nthcircle.com/forum/freedompop/174-freedompop-lte-sim-double-your-data-with-a-dual-sim-phone?start=10#2670

I will definitely check that out, and its weird because my freedompop sim is the global gsm. Maybe the used phone I got just has a broken sim 2 slot, but its hard to imagine because when I put the sims in there it does pickup emergency calls only...

You might just need to force it to 2g in the settings.

I tried this and forced my Freedompop Global sim on 2G and it does connect to T-Mobile. My phone has LTE bands but not for US AT&T or T-Mobile. Mine is a Meizu M2 Note.

Hi chelle what is the cheapest Active Dual SIM phone available in USA market that supports lte and 3g rather than 2g ?

My personal decision was to just play the waiting game to get a better phone at a lower price, so no freedompop sim data for now. Preferable phone would have FreedomPop Global Sim as Sim 1 with the fastest speeds and Truphone as Sim 2 with good connection to phone calls on working ATT technology.

I recommend checking out the following link:
http://www.whirlpool.net.au/wiki/dual_sim_4g3g_phones

TruPhone uses AT&T, which no longer supports 2g which is required on one SIM slot. You may wish to consider Toggle Mobile instead of TruPhone, as Toggle uses T-Mobile, which does have 2g voice.

I understand that att discontinued 2g. That is why the phones I suggest in my previous comment use at least 3g on both sim slots

A new contender getting great reviews for value. 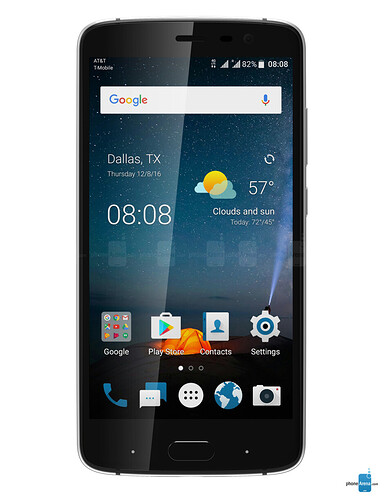 I finally caved after my tmobile note 4 broke and got the Dual Sim LG V20. I hope I made a good purchase.

A decent choice. I'd probably go with the v20 over the g5. The reports of the g5 h860n being dual 3g/4g at the same time on both slots didn't seem very concrete. I've had the non n version and it was 2g on slot 2. Seems unlikely to be different for the n version.

Wide angle cameras are fun. And coming from a note you'll like the size better vs the g5.

I actually almost made the mistake of getting the V20 N instead of the V20 DS. People have stated that the DS does have the 3G on both slots. When I physically get the phone I will personally confirm it here, in case if that helps anyone else.

You would be surprised actually. There are both versions and both the N and the DS are dual sim, but the N is primarily for HongKong

Thanks. I was searching for the wrong thing!

I can confirm that the LG V20 (H990DS) has LTE on SIM SLOT 2 because my truphone sim works on that slot. Pretty happy

How is the size of it? I thought about a V20 but the size put me off. I've used a note 5 before and it was okay but note sure I want to go with the even larger v20. Is the second screen useful?

How is the size of it? I thought about a V20 but the size put me off. I've used a note 5 before and it was okay but note sure I want to go with the even larger v20. Is the second screen useful?

Coming from a note 4, I like the size because other phones to me were to small or too slow. I wish I could compare it to the note 5, but when Samsung started taking away the removable battery and SD card they pretty much lost me as a loyal customer. You could say it "blew up" in their face. I actually really like the second screen because its basically an extremely detailed notification light, which also hardly touches the battery. However, if one doesn't like that feature, it is disable-able. A few things I will mention that were a little disappointing to me, but not necessarily a deal breaker were:

Other than those extremely small nit picky things, I would absolutely recommend this phone (even with the expensive price tag).

Any other questions about the phone, I would be happy to answer.