In a surprise ending, that few saw coming, Country House was declared this year's winner of the Kentucky Derby despite Maximum Security winning the popular vote.

While declining to call it an "investigation", race official Jamie Comey stated that they've been looking into the "matter" and it appears that, while technically violating the rules, there was no criminal "intent" on Maximum Security's part.

"The Kentuky Derby decision was not a good one. It was a rough and tumble race on a wet and sloppy track, actually, a beautiful thing to watch. Only in these days of political correctness could such an overturn occur. The best horse did NOT win the Kentucky Derby - not even close!" 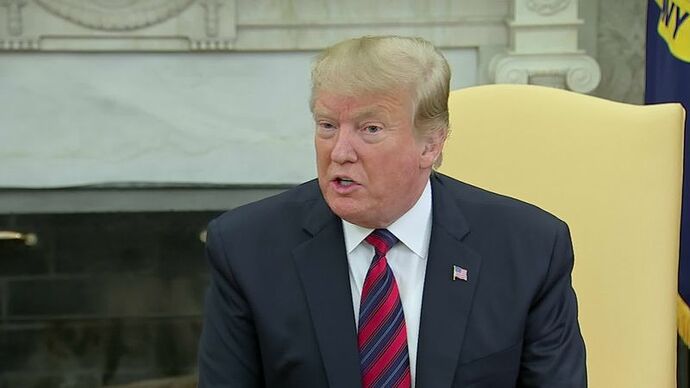 President Donald Trump vented his frustrations Sunday about the unexpected Kentucky Derby results, tweeting that the "best horse did NOT win the Kentucky Derby."

No doubt, Donald Trump sees this as robbing the "best" horse of its title. I'm sure Trump can sympathize, because officiators had to dig through some pesky technicalities of arcane rules to overturn the obvious winner.

The irony is that Trump was put into office based solely on the technicalities of arcane rules. Clinton actually won the popular vote in 2016, by close to 3 million votes, but lost the Presidency due to our bizarre system of electoral politics. Shame how that works.

Kentucky Derby’s biggest mistake was how it started, not how it ended

Horses head down the stretch of the 145th Kentucky Derby at Churchill Downs. (Jamie Squire/Getty Images)

By Kevin B. Blackistone
Columnist
May 7 at 2:54 PM
On Sunday, as a wet weather system finished making its way across the country, NASCAR postponed its Cup Series race at Dover International Speedway. The system was producing too persistent a rain, track officials decided. It made the track too dangerous. So they waited a day to run the Gander RV 400, the first Monday NASCAR race in Delaware in more than a decade.

Twenty-four hours earlier, while that weather system soaked the Midwest, the head baseball coaches at Arkansas and Kentucky, preparing to play in Lexington, Ky., huddled as their teams warmed up for a 1 p.m. first pitch. The pair discussed the soggy field and forecast for more rain. They, too, opted to push their competition back a day.

But just an hour west of Lexington, in Louisville, where the 145th running of the Kentucky Derby was to take place late Saturday afternoon, officials at Churchill Downs considered no such thing. They never do. As their website boasts: “The race . . . has continuously produced ‘the most exciting two minutes in sports’; uninterrupted, even when coinciding with profound historical events like The Great Depression and World Wars I & II.” Or, as Churchill Downs media boss Darren Rogers told CNN in 2014 when torrential rain drenched the track, “Lightning or a washout of the track could potentially cause a delay, but a postponement would be highly unusual.”

It would, however, be prudent.

The most egregious error made Saturday at the Kentucky Derby wasn’t the video review that disqualified Maximum Security, the first horse to cross the finish line. It wasn’t the contact Maximum Security caused with others as he came out of his straight line off the final turn, prompting objections from competing jockeys and the subsequent review.

Instead, it was that the thoroughbreds, which the horse racing industry always claims to be trying to protect, were allowed to run at all in conditions deemed too dicey for competitions involving human competitors.

That decision-making, rooted in the arrogance of history, triggered all the controversy that left a long shot, Country House, wrapped in Derby roses, and Maximum Security’s connections perplexed and in protest.

Postponing the race a day until the clouds cleared and the track dried a bit would have reduced the possibility of slips and slides forcing any jockey to correct.

But we really don’t care about horses, no matter the iconic status we’ve elevated them to in North America. Episodically, we embrace a Seabiscuit or Secretariat when a Triple Crown threat emerges, or a Zenyatta, the mare who ripped off victory after victory during an unprecedented run of consecutive wins in the early 2000s. Generally, though, we ignore the whole lot.

To be sure, although one of the most well-known racetracks, Santa Anita Park in Southern California, briefly shut down earlier this year during a three-month stretch when 23 horses died, few people paid attention to the most likely cause: rain-soaked dirt. That should’ve been alarm enough entering Saturday’s race.

It doesn’t take more than horse sense to understand that galloping a score of 1,400-pound beasts around a dirt oval turned into a mud soup at 40 miles per hour is dangerous. And there is science to validate it, too.

[Inside the strangest 22 minutes in Derby history]

A study from as far back as 1991, “Risk factors associated with injuries in thoroughbred horses,” published in Equine Veterinary Journal, found that “. . . track surface was also associated with the risk of severe injury.” It stated that horses racing on firm turf had a significantly lower risk of severe injury compared to those running on a track altered by the weather. Specifically, it pointed out that “horses raced at Belmont when it was muddy had a significantly increased risk compared to Aqueduct dirt.”

And since the tragic breakdown of Barbaro at the 2006 Preakness, studies showing synthetic tracks were safer than dirt persuaded many tracks to invest in alternative surfaces.

So officials at tracks around the country are well aware of the hazard of racing in sludge. When the Triple Crown or Breeders’ Cup isn’t in the balance, data collected by Equibase shows some tracks cancel races because of inclement weather and poor track conditions all the time.

They shouldn’t hesitate to do so for their biggest events, either. NASCAR didn’t in 2012, when it postponed its biggest race, the Daytona 500, for the first time because of rain.

That the Derby is a nationally televised kickoff of sorts for the horse racing season shouldn’t preclude the sport from doing the right thing. It should inspire it.

Why chance marring an event and the sport any more by ignoring Mother Nature as the Preakness did tragically in 2016 when two horses in races leading up to the main card suffered fatal injuries running in rain?

In the end, Derby officials weren’t afraid of their moment as some other sports seem to be of theirs. Imagine the NFL awarding the Saints a trip to the Super Bowl instead of the winner on the scoreboard, the Rams, because of the missed pass interference and helmet-to-helmet hit on a would-be Saints receiver that most likely would have delivered the conference championship for the Saints.

But the most important thing at every race should be the welfare of the animals, and not the coffers behind the betting windows or the fancily dressed who may have to re-arrange travel plans because of a rainout.

Horrific that they would choose to risk the lives and safety of the jockeys and horses under these conditions.

The decision makers took the adage "the show must go on" to an absurd place. Horses be damned to the benefit of the human comedy, and, of course, money had a little(:S) influence on the decision. 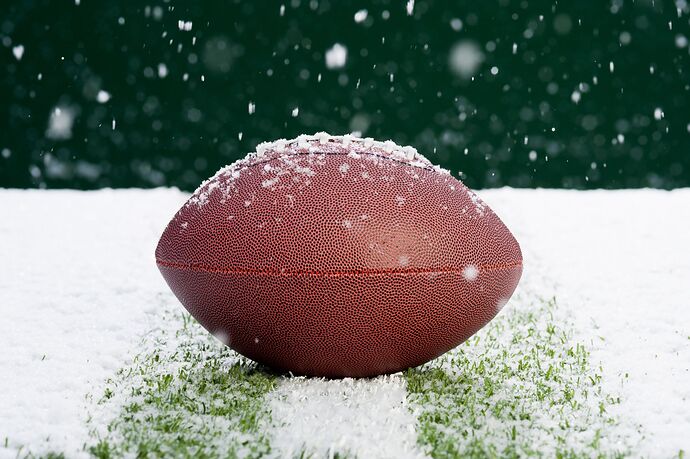 When Was the Coldest Game in NFL History?

Discover the rainiest, snowiest, and coldest football games ever played in NFL history.

Racing is the most dangerous of established sports, far more so than motor racing.

Each year in Australia, on average, it claims one life, creates one quadriplegic, causes one rider brain damage, and leaves between three and five people so badly hurt in race or track falls that they can never ride again.

Since records began in Australia, there have been 872 deaths.

The industry insists, however, that it’s no more dangerous for women than for men; that when there’s an accident involving 500kg horses travelling at 60km/h, neither man nor woman can withstand the consequences.

Horse racing is dangerous under the best conditions.

The Grand National might be a spectacle that captivates the British public, but for me it simply serves as a reminder of the absolute disregard for animals and their welfare which some humans seem to have.

For too long, the cruelty of the race has been blithely ignored by the horse-racing authorities and the race-going public.

It shouldn’t be like this. Sport, after all, is meant to be an uplifting activity, reflecting the quest for excellence and heroism in competition. But there is nothing remotely inspirational or heroic about forcing horses to gallop round a dangerous course at high speed and risk sustaining painful, even fatal falls.

In the Grand National alone, ten horses have been killed since 2000. And last month, the Cheltenham race meeting was overshadowed by the death of five horses.

We would not tolerate this callous approach towards human competitors.