Article: America is not a democracy 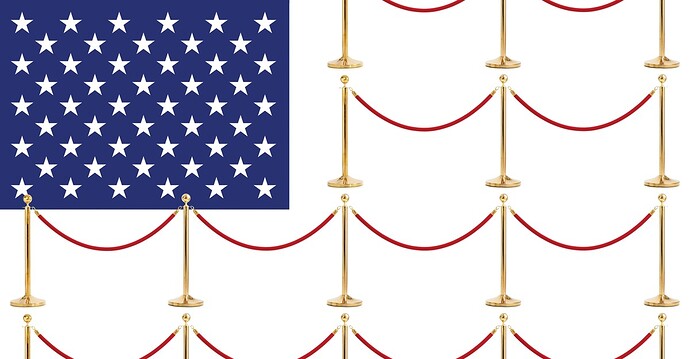 America Is Not a Democracy

Interesting how the author recounts that there was no real lobbying going on until the 1970's.

Also this introduction to the article is very informative:

"Gilens and Page tested those theories by tracking how well the preferences of various groups predicted the way that Congress and the executive branch would act on 1,779 policy issues over a span of two decades. The results were shocking. Economic elites and narrow interest groups were very influential: They succeeded in getting their favored policies adopted about half of the time, and in stopping legislation to which they were opposed nearly all of the time. Mass-based interest groups, meanwhile, had little effect on public policy. As for the views of ordinary citizens, they had virtually no independent effect at all. “When the preferences of economic elites and the stands of organized interest groups are controlled for, the preferences of the average American appear to have only a minuscule, near-zero, statistically non-significant impact upon public policy,” Gilens and Page wrote."

Good article, A lot to ponder, there appear to be many internal inconsistencies, and lots of loaded language,

The conclusion highlights some of this. ( bold emphasis mine)
For all that the enemies of technocracy get right, though, their view is ultimately as simplistic as the antidemocratic one. The world we now inhabit is extremely complex. We need to monitor hurricanes and inspect power plants, reduce global carbon emissions and contain the spread of nuclear weapons, regulate banks and enforce consumer-safety standards. All of these tasks require a tremendous amount of expertise and a great degree of coordination. It’s unrealistic to think that ordinary voters or even their representatives in Congress might become experts in what makes for a safe power plant, or that the world could find an effective response to climate change without entering cumbersome international agreements. If we simply abolish technocratic institutions, the future for most Americans will look more rather than less dangerous, and less rather than more affluent.