Anyone looking forward to the oneplus 5?

It is looking good to me despite the iphone looks at the back. I'm still looking for a decent dual sim phone that isn't too expensive and this may be it. Hopefully it has decent LTE bands. 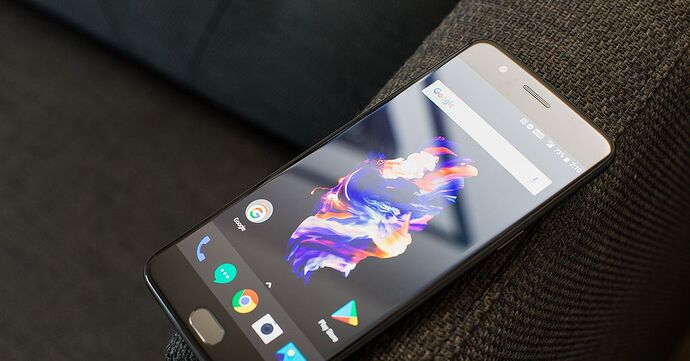 OnePlus focuses on the next frontier

The OnePlus 5 has one goal: prove that OnePlus can make a good camera.

I would love to see a sub-$200, carrier agnostic cellphone that has dual-active SIM technology, for USA LTE bands, and a removable battery.

I don't know what complexities might be involved with making a dual SIM phone that is also CDMA capable, but I can still dream if I want.

A good camera is nice to have but it doesn't affect my buying decision-making.

A good camera is nice to have but it doesn't affect my buying decision-making.

I am the opposite. The camera is one of my primary concerns. Oneplus has focused a lot on the camera this year so I hope it is decent.

So I need to return my

So I need to return my

Oh goodness-- I still have a ton of Hasselblad equipment from my wedding photography days. I wish I could find a good way to repurpose all that beautiful Zeiss glass.

People seem a bit unsure about the camera in the reviews - seems a bit inconsistent. Probably will have to pass.

People seem a bit unsure about the camera in the reviews - seems a bit inconsistent. Probably will have to pass.

A bit unsure about the mono speaker, too. OnePlus 5 Review: A Midrange Masterpiece | Tom's Guide

** Say, for what it's worth, a while back I got a Xiaomi 4G 4 A redmi dual sim phone from www.gearbest.com in China for $100 that I'm using with Truphone sim+Speedtalk sim+ GV, and I'm very impressed with it for the low price. It looks as if it's a bit of a hassle trying to get CDMA set up on it, but it's great with GSM. The camera may not be to your liking, though.

I found this article particularly revealing 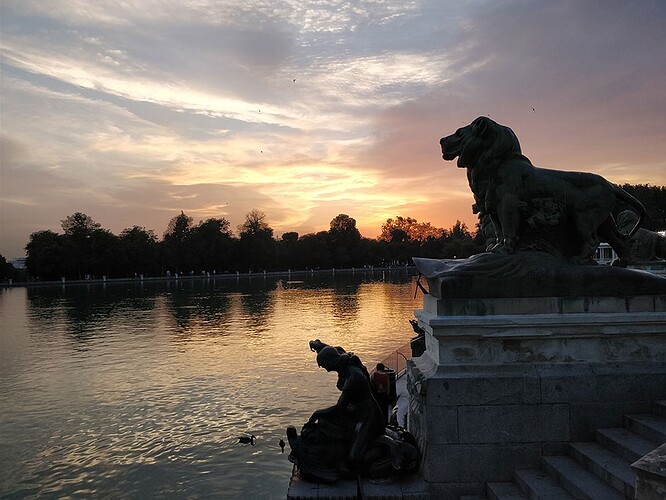 While our full OnePlus 5 review is underway, we've put together a sample gallery with images that were taken with both the wide-angle and tele lens in a variety of lighting situations.

Some of the photos were awful. #11 is like a watercolour painting and the photo of the lady sitting down is a mess.

I've been eyeing the dual sim LG G6. It is about the same price though I'd prefer it to be cheaper.

Thanks for the Xiaomi tip - Unfortunately I find those phones don't usually have the range of LTE bands I need for USA and Europe.

I ended up picking up a relatively cheap used oneplus 3t to try out. It is supposed to be dual 3g/4g which is must these days - even tmobile is starting to move its 2g to 4g. Looking at the camera samples online I tend to like the way the photos look. I'll probably go toggle mobile/freedompop or speedtalk/freedompop.

The LG G6 doesn't have band 2 and there are reports of issues getting LTE on ATT so I was not sure about that one. It was also over $100 more expensive. I considered a LG G5 but that is 2g only for voice on the other sim and won't last long.

Ok stupid question. What is benefit to dual sim setup

Ok stupid question. What is benefit to dual sim setup

There are various beneficial scenarios. On my phone, for one, I use Truphone (AT&T)sim with GV for free incoming calls, and use Speedtalk(T-Mobile) for outgoing calls and data, which is much cheaper than using Truphone for these tasks. Also, when reception is poor for T-Mobile in one area but good for AT&T, one has a choice. So one benefit is saving some money, and another is getting better signal when needed. Ideally, having a carrier agnostic phone with dual sims would be fantastic for the possible options.

How do you switch sims?

To get cheap GSM service. Freedompop ATT LTE sim in one slot for totally free 600mb LTE data. And then another sim in the other slot for calls. If you don't call much then it can be very inexpensive. Sims like truphone and toogle mobile have free incoming calls and texts. lyca and speedtalk are also inexpensive. I usually make about 20 mins of calls a month max - which will cost me about $1 a month. No swiping required.

Cellnuvo is great for free service but sprint isn't exactly the best network out there. If they came out with a tmobile version that would solve a lot of my problems (weak sprint reception at home and in a few other locations). But who knows when that will come.

Having two sims also gives you a form of roaming. One sim for ATT and one for Tmobile to extend coverage.

I also have a UK sim that I use for UK calls so I can have that in one slot and a US one in the other. If I choose.

How do you switch sims?

Both sims are on standby so are ready for calls on either - no switching needed. You usually have to select one sim to be the primary one for data - to switch you just select which sim you want to use in the settings.

Here is the guide on how to switch smartphones. Definitely helpful when you got the new OP 5.

Does OnePlus offer app or software to transfer data from old phone? Thanks