An Early Gander at 5G

Well, the tester was almost hugging the cell transmitter pole, but the speed is impressive. Looks like Ookla needs to update the numbers on its speed test app soon. 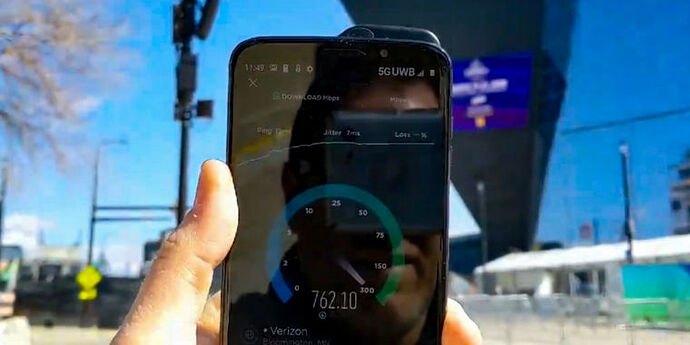 It was under ideal conditions, but Verizon finally puts real numbers to mobile 5G.

Interesting. Why does a phone need that speed?

Interesting. Why does a phone need that speed?

So that a person can use up their monthly allotment of 1GB data in 15 seconds. :huh:

But, seriously, I don't think phones need such speeds, yet I think such speed could be valuable to the "next generation of IoT tech - autonomous vehicles, smart buildings, “swarms" of sensors in cities tracking earthquakes and other natural disasters which would be connected to emergency/first responder units will use 5G to manage everything happening all over the place in real time and with significantly greater efficiency."