The saddest of them is an Impression I10 tablet with version 2.3.1;
I had gotten this way back when I hardly knew anything about Android at all, then found out that even GB apps wouldn't run on it - but it is a gorgeous old thing with lots of ports, etc. - that I cannot find any good way to re-use (except maybe as a BIG paperweight ?!?).
I'm going to see if a really old version of VLC might allow it to display the stream from a wifi cam...for example, but it may not work.

On the opposite end of the size scale are our tiny old LG L38C phones from TF with Android version 2.3.6.
Rugged (but tiny) workhorses - easily rooted, great as MP3 players, and can run a few useful apps (like Localphone) - but not much else as most everything wants newer OS versions.

There was a time when Apkpure listed way old apps - but not anymore it seems.

So this thread is made in hopes of 2 possible directions from other members here, please:
1 - Any highly recommended uses & apps for such super-old OS versions & devices ??

2 - Any site that keeps & shares really old versions of APKs aside of apkmirror.com ??

Thanks for any helpful replies !!

Less More
2 weeks 3 days ago - 2 weeks 3 days ago #2 by redrotors
Replied by redrotors on topic Any other folks here re-purposing ancient Android devices ??
In re to #2 I'll hazard a guess you already knew this site but just in case & since others may not.
www.oldversion.com/android/
The following user(s) said Thank You: Extraterrestrial_Zoologist

Now that is ancient. Maybe your local museum will be interested in showcasing such treasures??

I take advantage of visible's swap program. Use a referral and you can swap your old phone for a new zte android 9 phone for $5 which will be a lot more useful for wifi only stuff.  If you can I'd use a prepaid card with a low balance, a virtual cc with a limit or a privacy.com card with a $5 limit in case they try any funny business and charge you extra. Make sure autopay is off too.
www.visible.com/deals/swap

Personally I'd stay clear of sites other than the main ones like apkmirror. If not on there then probably not worth downloading anyway.

Maybe try www.APK4fun.com it is supposed to be safe and appears on many of the safe apk download site lists (but not a personal recommendation).
See here for example for vlc that works on android 2.2 and up -
www.apk4fun.com/apk/197983/

Thanks for the Visible pointer (I doubt that we'll need to use it).
We barely use our activated phones at all anymore 'cuz we stay home so much & have nicely bigger screens for our PCs - but;
Android does some neat stuff that PCs don't do - like the display for our front door camera that sits on my desk.

Tinkering with older Android devices is amusing to me.
Good thing there were so many $5 & $10 deals on them a while back - they made great MP3 players for us & friends as well as being super for use with the Torque app & wireless OBD readers.
Using MPE via XP I can easily side-load any APK desired - too bad there isn't any really easy way to do the same kinds of stuff under Linux.

Having things like the truly rugged LG Fuel & LG Optimus Dynamic (L38C) has showed me how good & useful Android can be when devices could still be de-bloated via gaining root access;
The wonderfully 'modernized' devices got so much more locked down that even folks who linger at the XDA site have become discouraged sometimes.

Less More
1 week 6 days ago #5 by redrotors
Replied by redrotors on topic Any other folks here re-purposing ancient Android devices ??
More re #2 in OP, I don't know them but asked a young computer/phone savant where the "cool kids" go these days. "These aren't it but they're OK."
forum.mobilism.org/index.php
If you can deal with Russian
4pda.to/forum/index.php?act=idx
The following user(s) said Thank You: Extraterrestrial_Zoologist

I avoided mentioning mobilism because many folks scoff at what it serves.
It is not a site one visits with queries at all as they will get no answers...but it has its uses for certain.

There was a time when it was possible to get good retail deals like $10 & under for new, packaged Android devices & every so often there is a really good offer for Fire tablets which can be de-amazoned & rooted.

I got my partner a 2019 Fire7 & did that for it;
She practically sleeps with that doggone thing despite having her PC right at hand.
It is now named 'precious' & I've taunted her with maybe becoming what the image below is about...!

She is so well occupied with the tablet that she's not gotten her PC ready for the change from XP to Linux - which I set up for her on a new hard disk WELL over a year ago !! 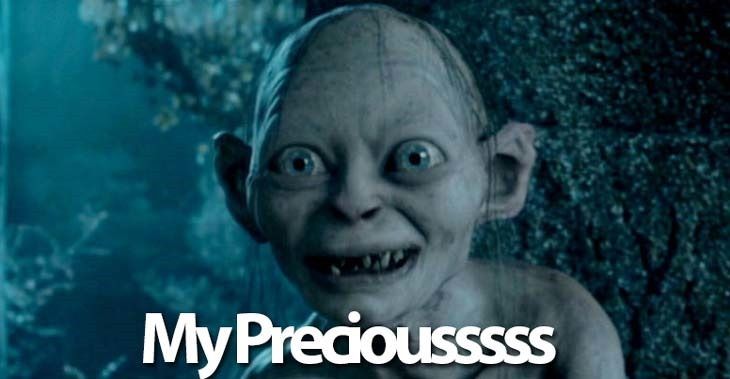 Less More
1 week 3 days ago - 1 week 3 days ago #7 by Extraterrestrial_Zoologist
Replied by Extraterrestrial_Zoologist on topic Any other folks here re-purposing ancient Android devices ??
A bit of perspective to add...
Folks now look at the things I've mentioned here  - both the OS versions & devices as 'ancient', so perhaps this is a good time to add mention of some incredibly ancient (in computer time) things for comparison's sake.

Way back in prehistoric times consumers were able to start getting computers.
There were some small ones at first, and then things got a tiny bit more serious.

After that model had come out in ~1977, that company hurriedly made the Model II - which was a disaster due to its use of 8" floppy disks which were both terrible AND terribly expensive - and then ~1980 they had a big hit with the truly revolutionary...

And here it is:

Those 'ancient' (pre-PC) computers were 100% text based - but still able to communicate, and...
When I found a local BBS running on a Model III that was a joyous time - being able to connect with other computer users over the (wired) phone lines by simply typing at each other.
Very slowly.

The consumer grade Winchester hard disks came years later;
A 5MB unit cost as much as a car, was terribly delicate, and very heavy.
It was amazing to watch those things start up as it took minutes between hitting the power button & getting the ready light - and their spin-up sounded a bit like starting the engine on a commercial jet - but not as loud.

Please notice that in all of the above there is only mention of Kilobytes and Megabytes - no GIGAbytes whatsoever - and CPUs that only sped along at ~2 MHz.

Now for the bit of perspective I'm trying to put here...
The 'ancient' tablet I've mentioned with its -mere- Android 2.3.1 is only about 1000 times more computer than those mentioned above - and yet in our current world it is simply too old to be bothered with anymore by most folks.

Here is the Impression I10: 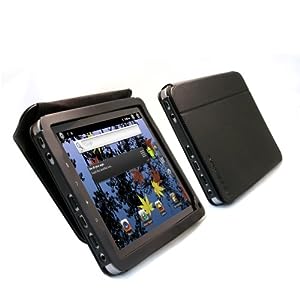 By comparison to even that 'truly ancient' Model III, it is actually a super computer that is displayed on a colour touch screen, can connect with other things wirelessly - can be held in just one hand - and has GIGAbytes of everything.

As I see it, to accept the idea of tossing away something like that which SHOULD still be useful - is just a crying shame.

Of course this is what happens with us old folks who were actually there and used that 'ancient' stuff;
It is NOT missed at all - just of historical significance because it is so far distant from what we have & use nowadays.
It may be helpful to realize that our expectations can be a bit unrealistic towards what we MUST have vs. what we think should just be tossed out nowadays.

Less More
1 week 3 days ago #8 by redrotors
Replied by redrotors on topic Any other folks here re-purposing ancient Android devices ??
Ahhh.....
The TRaSh-80
Talk about a little way back machine memories!

As a kid I crewed (dingy racing) for a guy, IBM'er, who regaled me with all the vacuum tube computer failure stories from when he worked in TX for NASA. "One tube away from disaster" "you don't know how easy you have it"

So long as we're bad-mouthing old tech here, around that same time came the COMMODE-64 - which is frequently credited as being the precursor of the Amiga line, and both it and the Amigas still have very active users & communities.

The Z80 based computers I mentioned earlier did not persist because of several reasons:
- Very few businesses took Radio Shack seriously at all (for valid reasons IMO) ;
- In general, most businesses were just not ready yet to move into that sort of tech dependency;
- They also ignored that stuff until a tech giant got into it - the IBM PC family.

The single point of gratitude I suggest aiming at ALL the pre-8086 machines is that their devoted adherents DID bring attention to computers as useful devices which likely helped usher in the era of PCs and Macs being accepted as important business machines able to take the places of adding machines, typewriters, etc...

During most of the decade after the fading away of the Z80 based machines, I was the president (read that 'presider'...) of a flourishing state-wide CoCo group and had the dubious honour of having to present most of the orations & intros at their well attended meetings every month.

The Color Computer (CoCo) was actually a very capable little machine, and wisely used any color TV as a display, though sometimes it needed adapters for the differing TV inputs.
Sales of it existed from 1980 - 1991, a very good, long run.

.Also worthy of note is that Radio Shack's TRSDOS (which stands for the Tandy Radio Shack Disk Operating System) pre-dated all personal computer OSes in 1977 (AFAIK) except for the little-known CP/M (1974)

From a historical POV, it seems that if the Tandy/Radio Shack execs had been much more savvy - they'd have spun off a separate computer company with a catchy name & logo (like Apple, for example...) and if that had occurred then their computers would not have attracted the derisive mis-naming of 'trash-80' which tended to keep folks away from their products - even if those same folks desired to try their hands at an affordable computer in those early years of the PC's emergence.

As for me - I am glad to have been involved for so many years with computers as it paved my way into a very enjoyable 20+ year occupation which allowed me to be self-employed and independent.
Being one's own boss is a wonderful sensation even though the buck stops there - for some of us, responsibility is a pleasure even on the poorest of days.

Less More
1 week 23 hours ago #10 by bsammon
Replied by bsammon on topic Any other folks here re-purposing ancient Android devices ??